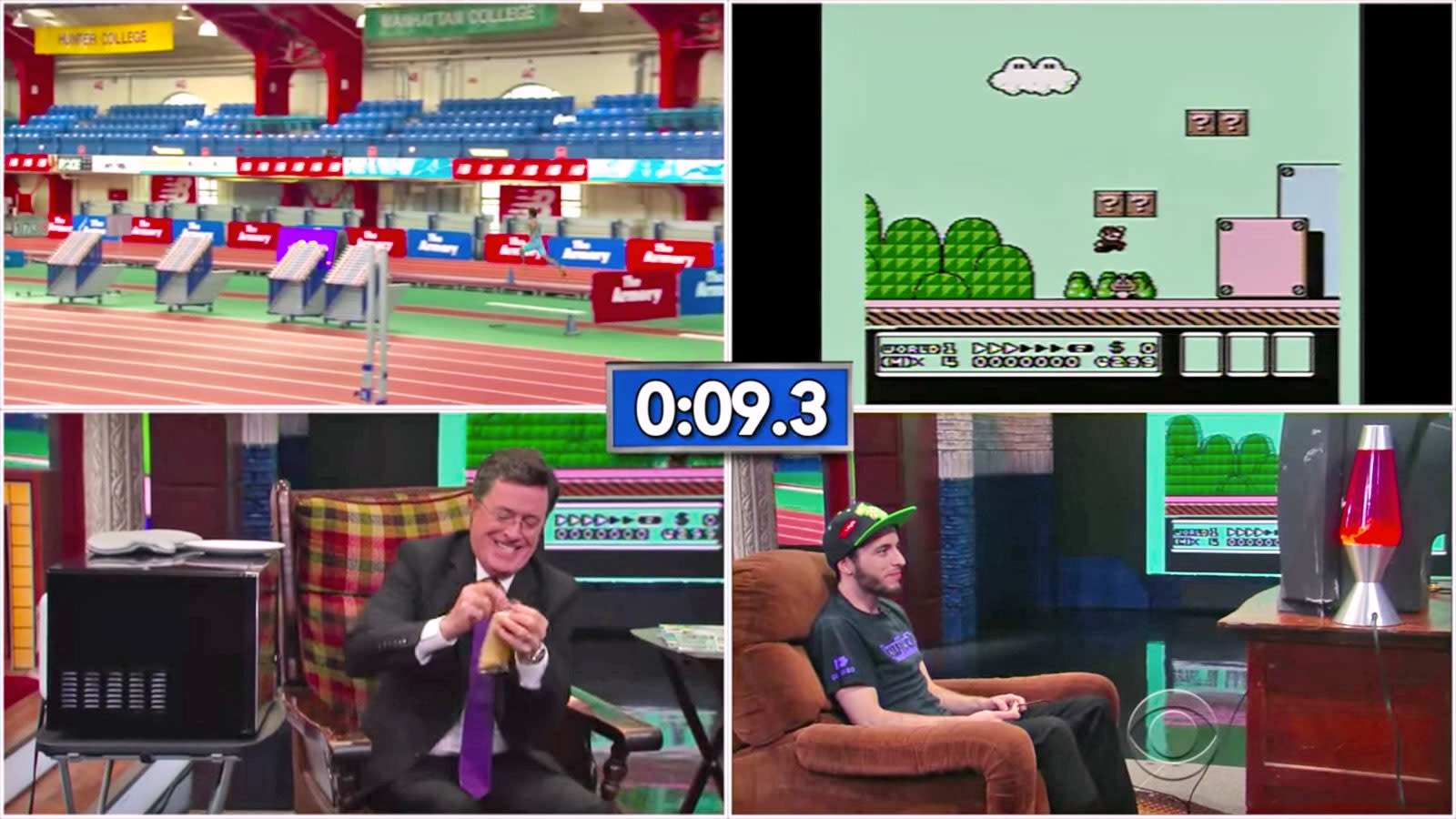 You've probably seen video game speed runs before, but on a major TV channel? Not likely... until now. In what appears to be a first for nationwide US TV, The Late Show's Stephen Colbert ran a segment that pitted a speedrunner (Super Mario Bros. 3 expert Mitch Fowler) against Colbert and the Columbia University men's relay team to see who could complete their respective goals the fastest. We won't spoil the results here, but it's surreal to see talk of warp whistles on a show that normally revolves around celebrity chats and musical guests. And while the challenge was ultimately a promo for Summer Games Done Quick's 2016 launch on July 3rd, we won't knock it -- it's pretty rare for TV to introduce a longstanding game subculture to such a wide audience.

In this article: av, games, gamesdonequick, gaming, lateshow, nes, speedrun, stephencolbert, summergamesdonequick, supermariobros.3, supermariobros3, video, videogames
All products recommended by Engadget are selected by our editorial team, independent of our parent company. Some of our stories include affiliate links. If you buy something through one of these links, we may earn an affiliate commission.