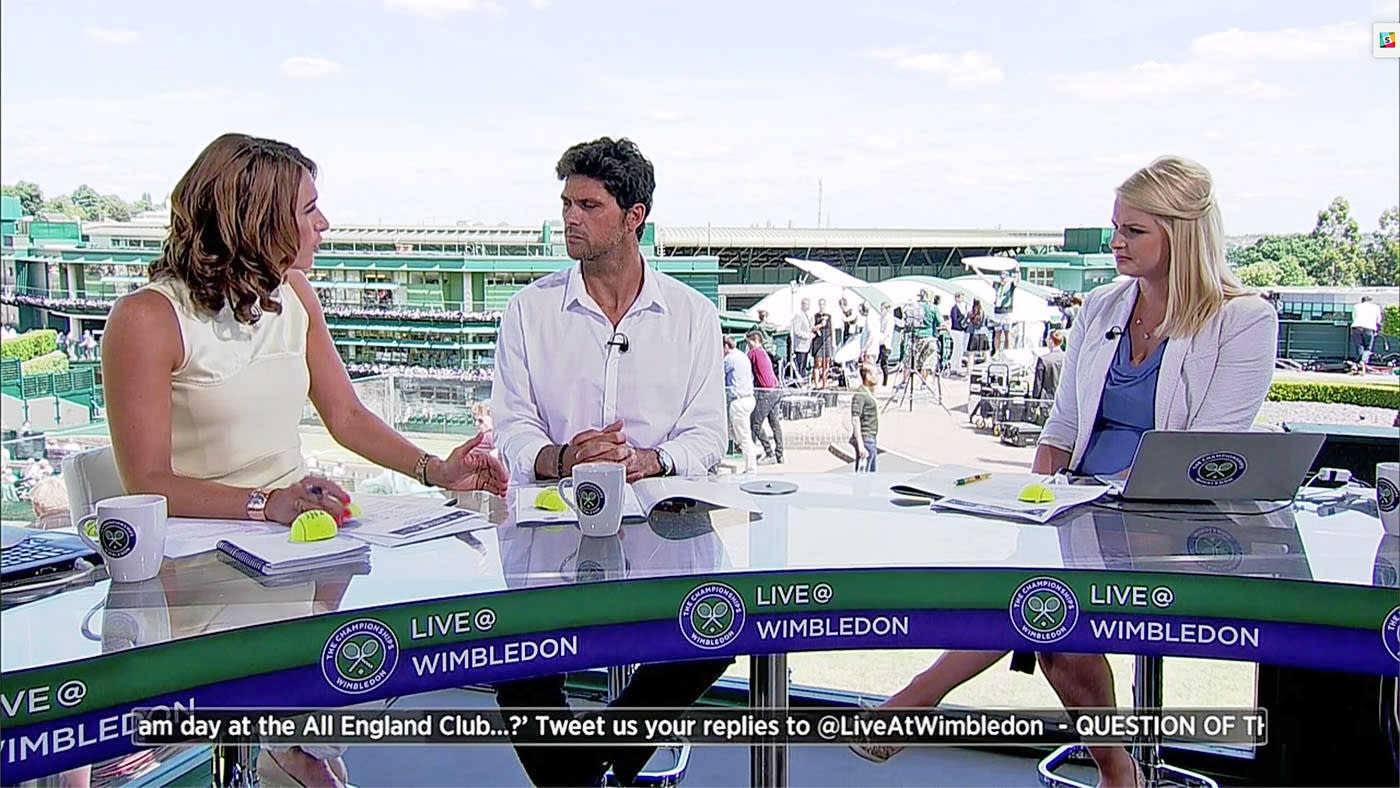 Twitter paid a reported $10 million for the rights to live stream NFL broadcasts, and now we have an idea as to what that will look like. The social network is livecasting its first sports event, Wimbledon, from the tournament's "Live @ Wimbledon" feed, which features interviews, match replays and other secondary content. It isn't streaming any live match coverage, though, and is using the tennis tournament as a trial run. "This livestream is an extremely early and incomplete test experience, and we'll be making lots of improvements before we launch it in its final form," the company said in a statement to Recode.

That said, the quality of the stream looks good, as several Twitter users have observed (a frame grab is shown above). For now, though, it's just a basic feed accompanied by the #Wimbledon Twitter stream. While Twitter intends to sell ads for its NFL livestreams, there are no signs of them for Wimbledon, either in the video or feed beside it. The stream doesn't appear to be geolocked, either, because it's working for me in France.

Twitter hasn't said how much, if anything, its paying Wimbledon or ESPN to broadcast the feed. While it's an unusual place to catch sports, folks love to tweet during sporting events and even shows like Game of Thrones, so it makes some sense to have the video in the same place. Anyway, the social network needs to try different things, because despite having hundreds of millions of users, it's still losing money.

Update: ESPN has clarified that Twitter is not carrying live matches, but rather has a real-team "Live @ Wimbledon" stream that features interviews, replays and other supplementary coverage. The post and headline have been updated to reflect that information and we apologize for any confusion.

In this article: av, entertainment, ESPN, LiveTV, Sports, Streaming, Twitter, video, Wimbledon
All products recommended by Engadget are selected by our editorial team, independent of our parent company. Some of our stories include affiliate links. If you buy something through one of these links, we may earn an affiliate commission.