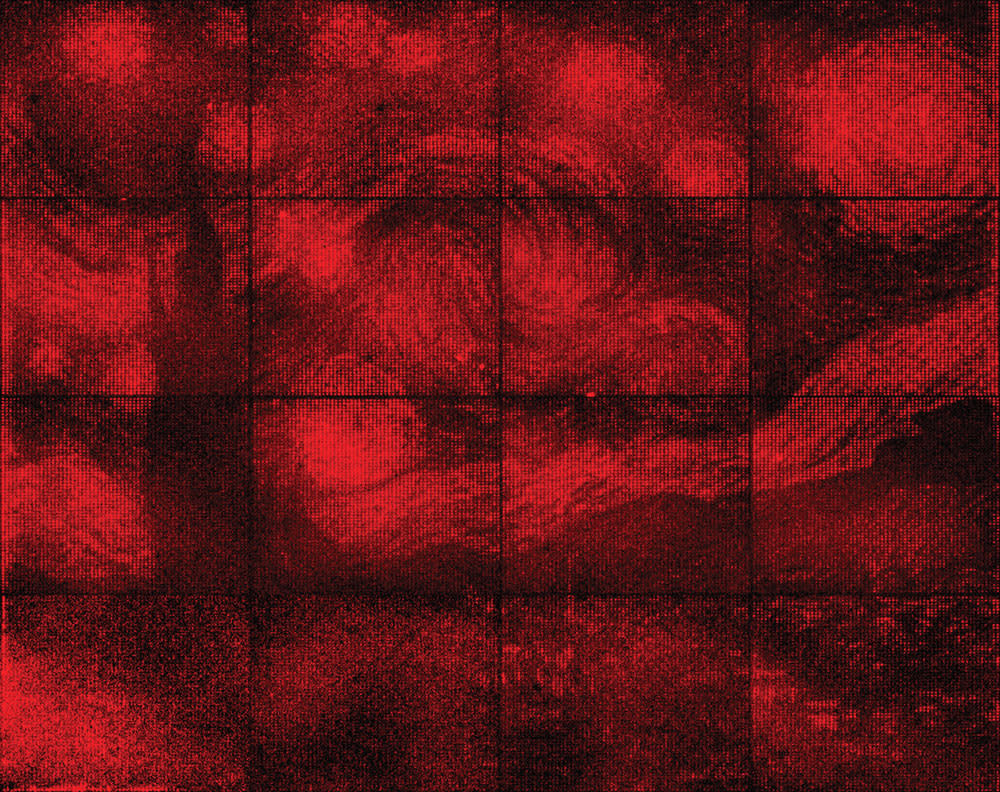 Art recreated in miniature is oddly compelling, requiring precision and a lot of patience. Caltech scientists have taken their own stab at it and recreated Vincent van Gogh's classic The Starry Night at about the width of a dime, but with their own science twist: they made it with delicately-wrapped genetic strands in a process known as DNA origami.

Once a genetic string is wrapped into a precise shape, scientists can use it as a scaffold to attach nanometer-scale components like carbon nanotubes or drugs. The Van Gogh "painting" is a proof-of-concept demonstration of how to use the precision folding technique to make chip-based devices like computer circuits, according to Caltech's press release. Researchers have refined this method to be able to precisely place DNA shapes on almost any surface used to make computer chips.

The Caltech scientists released their findings in the journal Nature, reporting their first application of the technique: using the genetic origami to install fluorescent molecules into microscopic light sources called photonic crystal cavities (PCC). Each bright atom gets dimmer the every nanometer farther than the PCC, requiring the precision of the folding method. Done right, the PCCs resonate at a visual wavelength corresponding to a particular color -- in this experiment's case, a deep red. The researchers shifted them around until they formed the recognizable shape of Van Gogh's most famous painting.

Now that their origami masterpiece is complete, the team wants to improve the fluorescent molecules' lifespan, since they only stay lit for about 45 seconds before reacting with oxygen and burning out. Once they also reliably emit one shade of red instead of many, they can work on more practical applications, like quantum computing.

In this article: caltech, dna, DnaOrigami, gadgetry, gadgets, science, VanGogh
All products recommended by Engadget are selected by our editorial team, independent of our parent company. Some of our stories include affiliate links. If you buy something through one of these links, we may earn an affiliate commission.