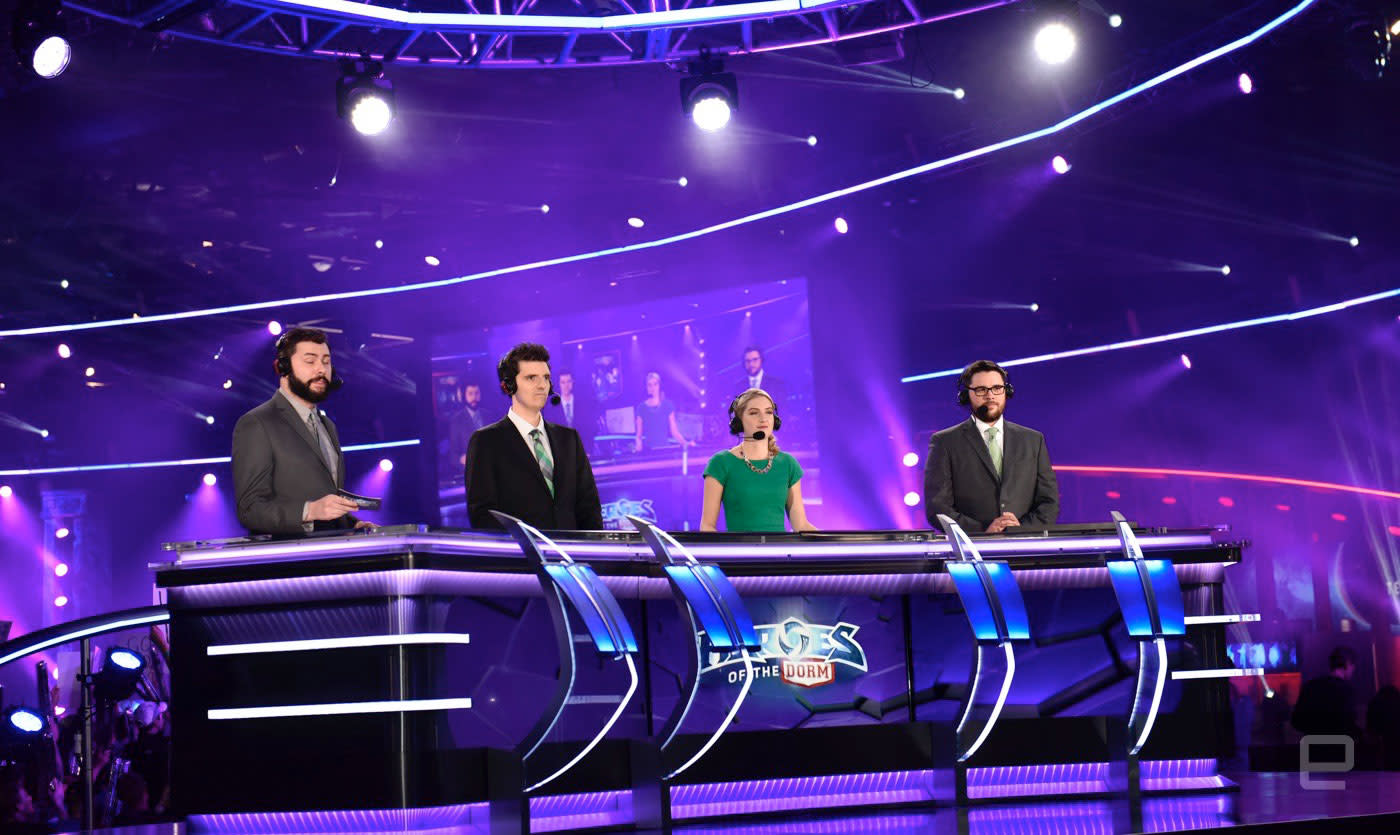 ESPN is increasing its eSports coverage in a big way. The network will be airing 18 hours of eSports programming on ESPN2 and ESPNU on Sunday, July 17th. This will mark the first time ESPN will air an entire eSports block on its major networks, a far cry from the days when it relegated League of Legends matches to streams on the web.

The programming block will start at 10 AM ET with re-airings of past matches such as the Madden NFL 2016 championship, and both the 2015 and 2016 Heroes of the Dorm: Championships. This will all lead up to the much anticipated 2016 Street Fighter V EVO World Championship final in Las Vegas, airing at 10 PM ET on ESPN2. Don't worry cord cutters, all programs will also be available to stream via WatchESPN.

This is yet another sign of eSports going mainstream. It was only in 2015 that ESPN aired its first Heroes of the Storm tournament match on live TV. Since then, the network has launched a dedicated section on its site that focuses on professional gaming, and has aired a handful of championship matches.

With eSports bringing in over half a billion dollars in revenue in 2016 alone, it's inevitable that ESPN will continue to increase its eSports coverage. It feels like a lifetime ago network president John Skippe said eSports aren't real sports.

In this article: business, culture, entertainment, ESPN, esports, Evo, gaming, heroes of the storm, league of legends, Madden, Street Fighter
All products recommended by Engadget are selected by our editorial team, independent of our parent company. Some of our stories include affiliate links. If you buy something through one of these links, we may earn an affiliate commission.