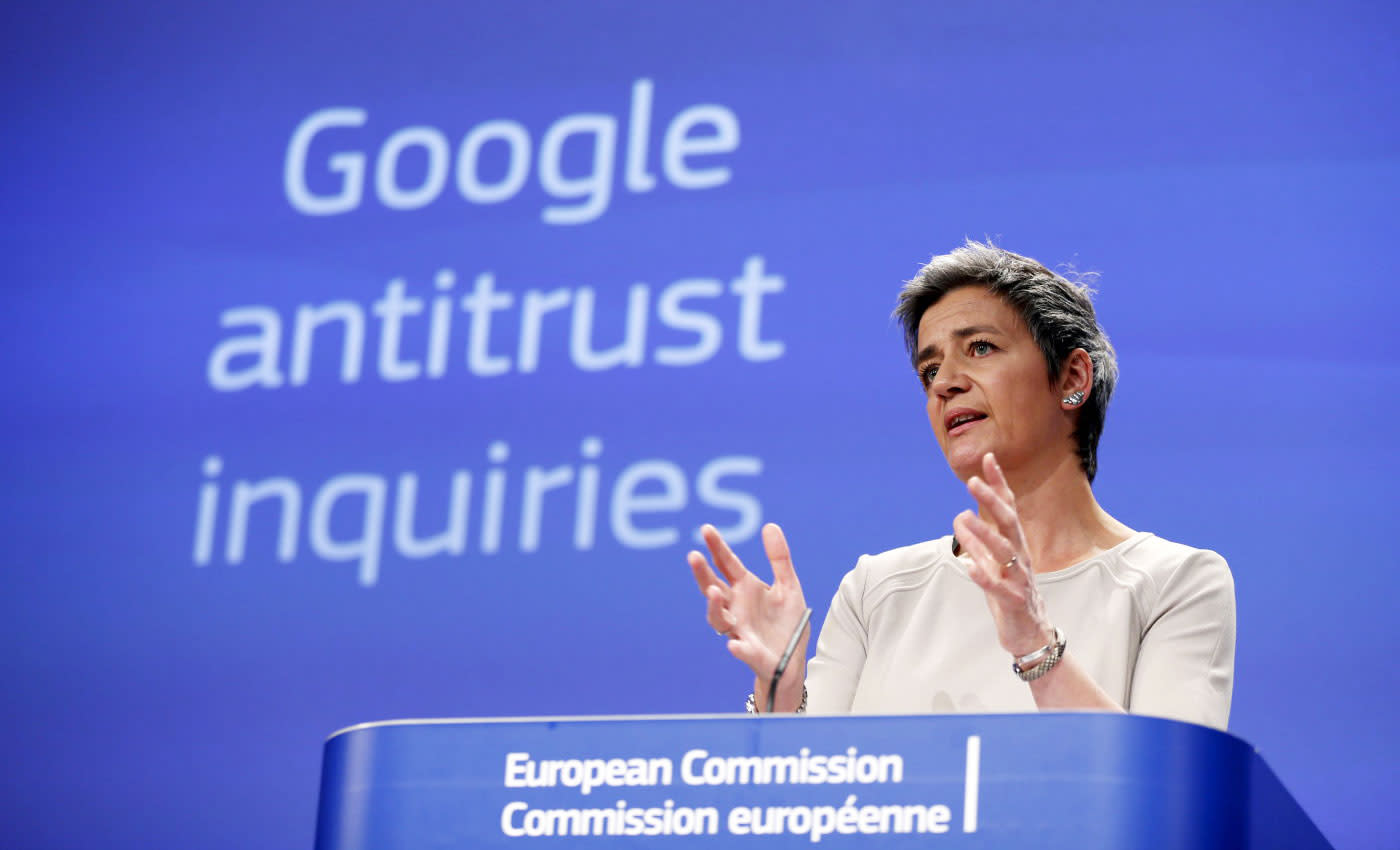 The European Commission is doubling down on its efforts to dig into whether Google has broken rules around restriction of consumer choice with its search and price comparison products. It maintains that the company abused its search position to promote its own products ahead of others'.

That's not the end of the complaints from Europe, however. Margarethe Vestager, European Commissioner for Competition, said today that Google abused its position by restricting third-parties from displaying search advertisements.

"Today, we have further strengthened our case that Google has unduly favoured its own comparison shopping service in its general search result pages. It means consumers may not see the most relevant results to their search queries. We have also raised concerns that Google has hindered competition by limiting the ability of its competitors to place search adverts on third party websites, which stifles consumer choice and innovation."

The announcement follows objections lodged earlier in the year, and if upheld by Vestager and the commission could require significant changes to how Google's AdSense and comparison shopping results work within Europe.

As the commission points out, holding a dominant position within a market isn't a problem, but abusing that to restrict competition would be. It also notes that, following the Commission's initial complaints, Google has made some changes to Adsense contracts with partners to give them more freedom to display competing ads.

For Google's part, it (unsurprisingly) says that it's not restricting competition with its products:

"We believe that our innovations and product improvements have increased choice for European consumers and promote competition. We'll examine the Commission's renewed cases and provide a detailed response in the coming weeks."

Nonetheless, with 90 percent of general internet searches in Europe, it's going to need to be pretty convincing. Google and Alphabet have 10 weeks to respond to the objections. Previous claims have suggested that if found guilty of abusing its search position, Google could be fined nearly $3.5 billion.

In this article: antitrust, culture, google, politics, price comparison, search
All products recommended by Engadget are selected by our editorial team, independent of our parent company. Some of our stories include affiliate links. If you buy something through one of these links, we may earn an affiliate commission.