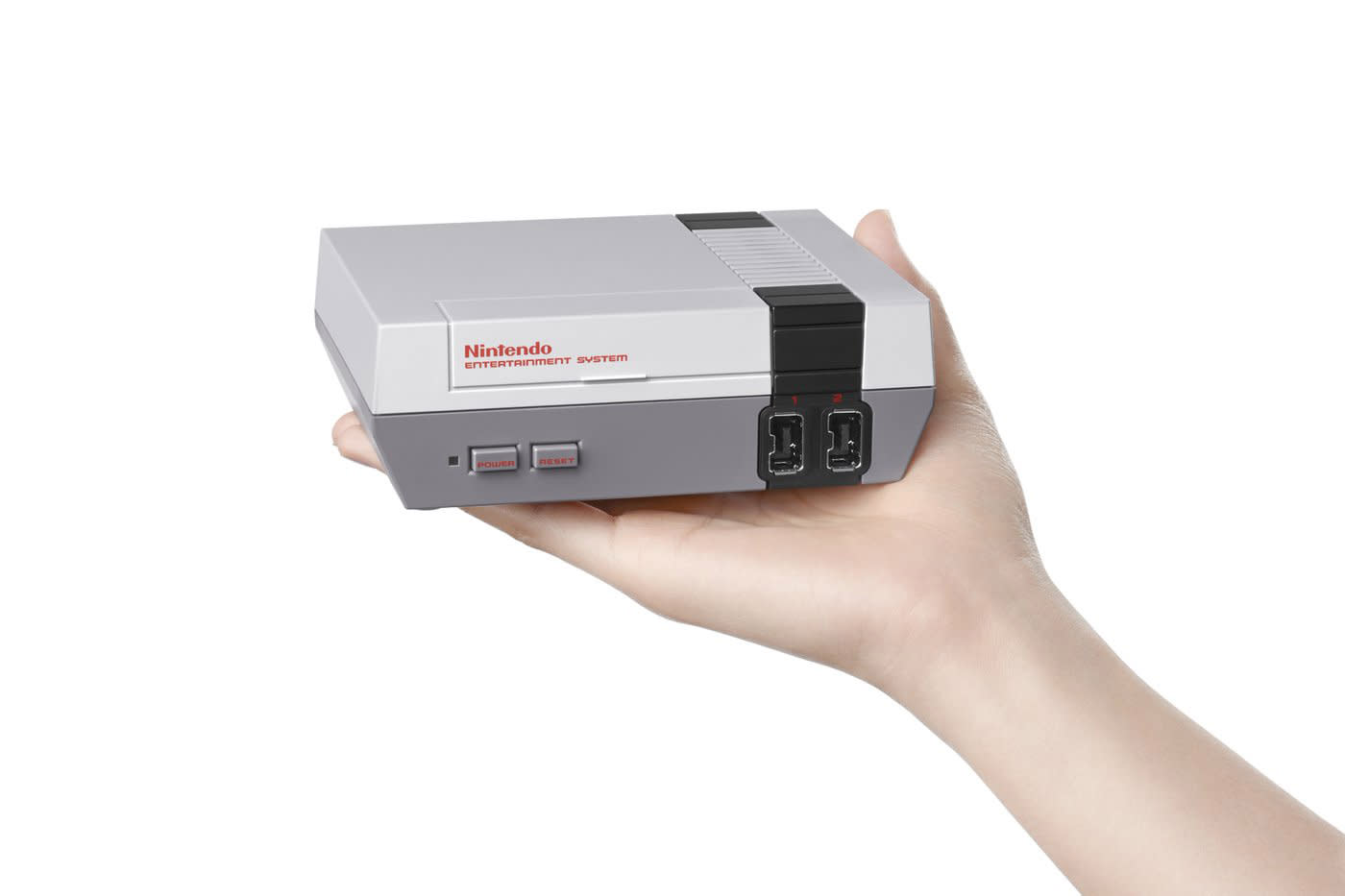 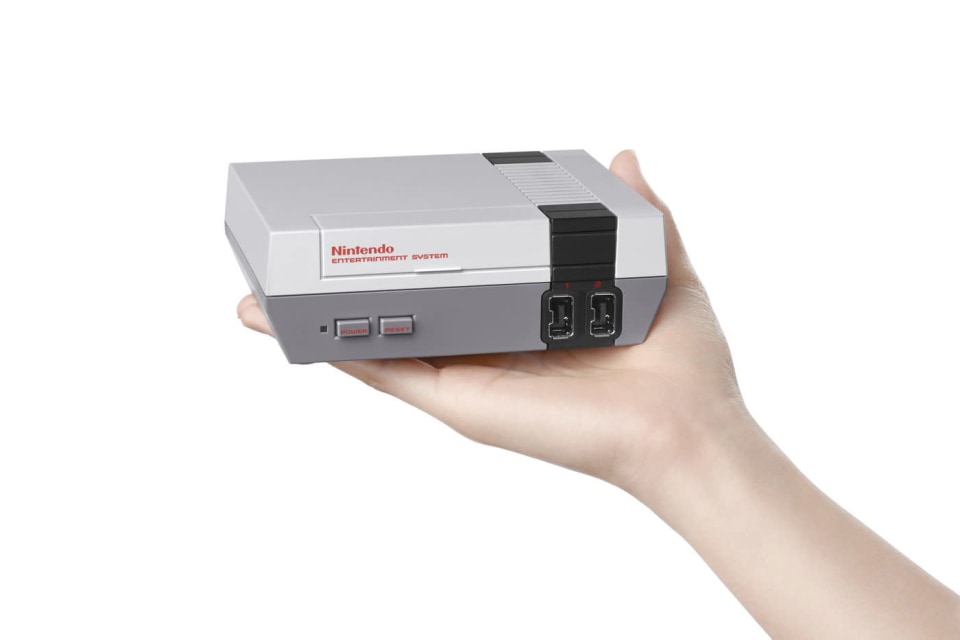 That dusty old NES in your attic might be rife with nostalgic memories, but it's a pain to drag out of its box whenever you get the hankering for a rousing game of Super Mario Bros. 3. Nintendo totally gets it, as well as the fact that you might want something a little more convenient to enjoy your classic games. Enter the Nintendo Entertainment System: NES Classic Edition, a mini replica of the original console.

The diminutive version of one of the most influential home video game consoles of all time will launch with over 30 NES titles preloaded, including Super Mario Bros., The Legend of Zelda, Final Fantasy and Metroid. The mix also includes some surprising choices such as StarTropics, but it's a well-rounded sampling of the best the system has to offer.

For $59.99, you'll get the preloaded games, an HDMI cable, an AC adapter and one NES Classic Controller, which obviously looks exactly like the ones you're used to.

Update: Nintendo has offered a few more details about the micro console, including whether or not it can connect to the internet to download more games and if the company will release additional software for it. The system launches this November 11th for $59.99 across North America and the UK. However, it is interesting to note that the UK edition will not launch with its own AC adapter, which is included with the North American edition.

In this article: av, consoles, gaming, NES, NESClassic, NESClassicEdition, NESmini, nintendo, Nintendo Entertainment System, Retro
All products recommended by Engadget are selected by our editorial team, independent of our parent company. Some of our stories include affiliate links. If you buy something through one of these links, we may earn an affiliate commission.