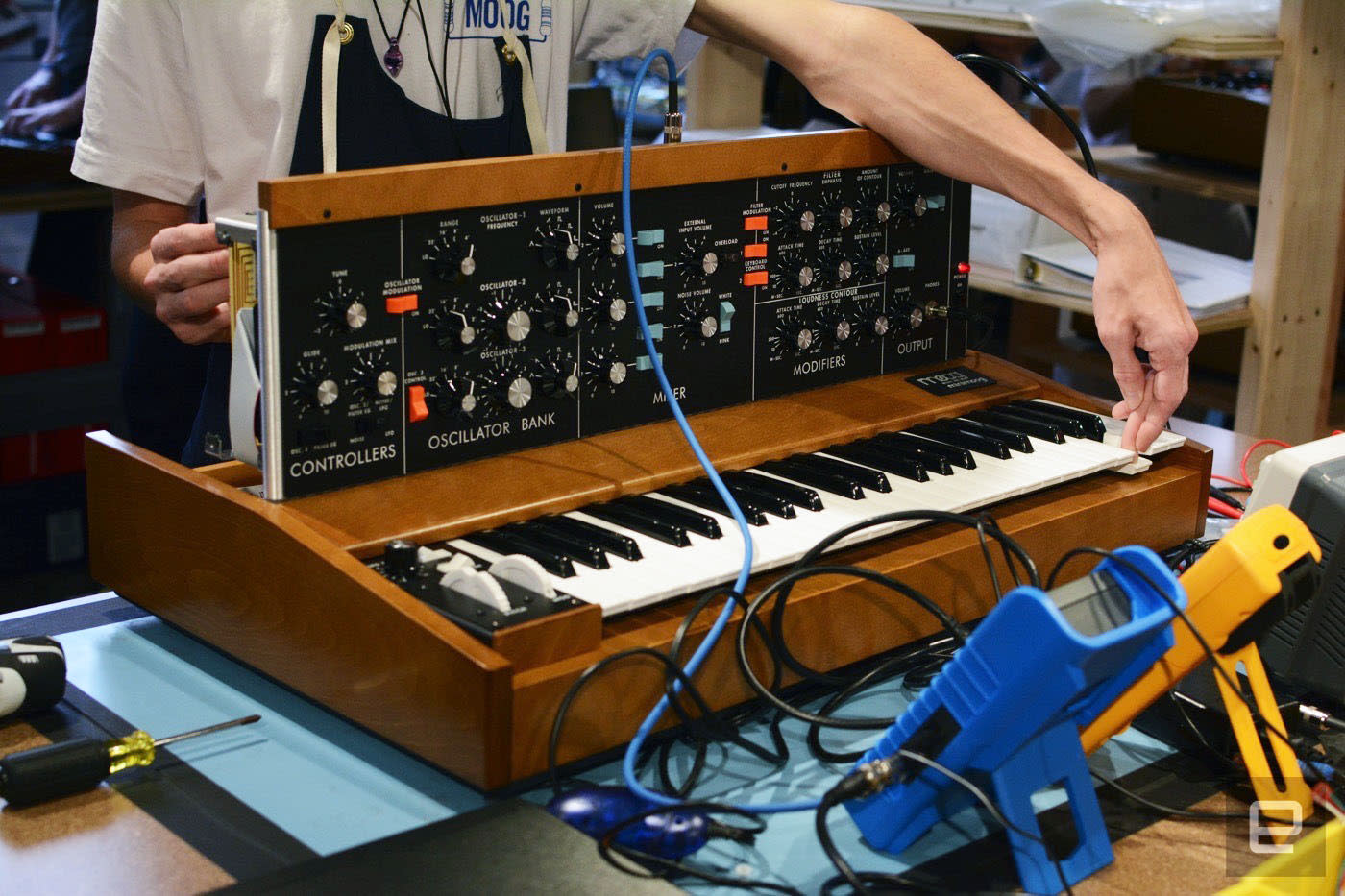 After suspending production for over 30 years on its classic Minimoog Model D analog synth, Moog has announced the instrument is back. The company had a small pilot production workshop at Moogfest in May, but now Model D production has kicked into high gear. However, just like other Moog synthesizers, all of the instruments are made in a small Asheville, North Carolina factory, so the company can only crank out a limited number of them each month. If you're looking to snag one though, it'll set you back $3,749 from an authorized dealer.

So, what's so special about the Model D? Well, when it debuted in the 1970s, it was the first portable analog synth and laid the groundwork for what would eventually become electronic keyboards. Before then, the instruments were massive setups akin to what Keith Emerson used on stage with Emerson, Lake and Palmer. You've probably heard the Model D's sounds from acts like Parliament Funkadelic, Kraftwerk and Gary Numan or on Michael Jackson's Thriller and Dr. Dre's The Chronic.

Moog says the original sound engine and signal path form the Model D are unchanged from the instrument that debuted in the 1970s. However, there have been some modifications to the unit that offer some more modern functionality. The list of features includes a velocity-sensitive keyboard, analog LFO with both triangle and square waveshapes, CV outputs, basic MIDI integration and a mixer overload modification. When employed, that mixer overload gives the Minimoog Model D "thicker and far more overdriven sounds" than the original. If you have the funds to spare, you might have to wait a while to get one, but analog enthusiasts will surely be champing at the bit to have one of these of their own.

In this article: aduio, analog, av, gear, instrument, minimoogmodeld, modeld, moog, synth, synthesizer
All products recommended by Engadget are selected by our editorial team, independent of our parent company. Some of our stories include affiliate links. If you buy something through one of these links, we may earn an affiliate commission.