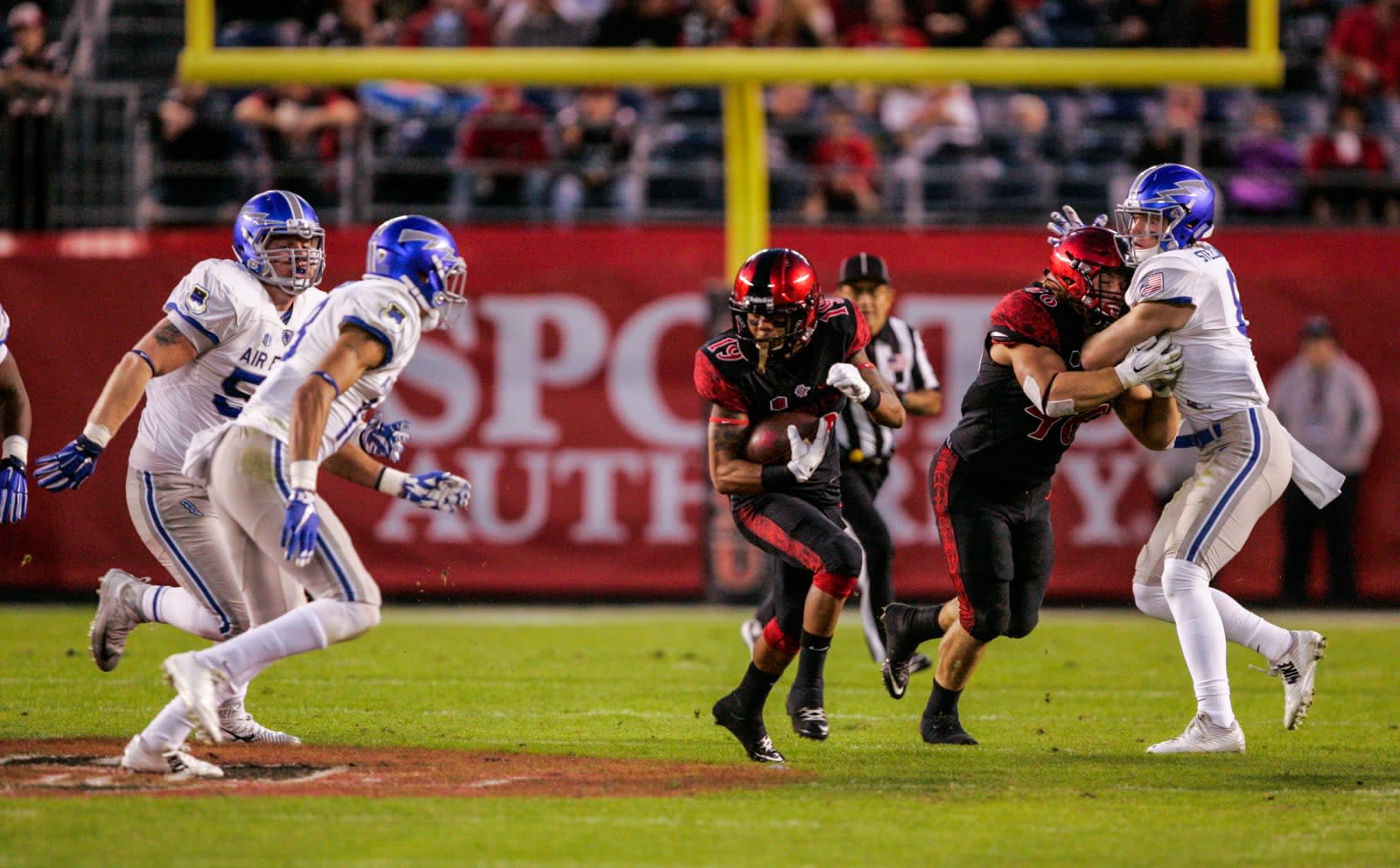 Twitter is adding new video streaming deals almost daily, and today it announced an agreement that pads its college sports lineup. Following last week's Pac-12 deal, the social network is teaming up with Campus Insiders to stream over 300 "live college events" from Mountain West Conference, Patriot League and West Coast Conference. Yes, that includes live games and competitions spanning football, basketball, lacrosse, soccer, baseball, volleyball, field hockey, water polo and swimming. If you're not familiar, Campus Insiders is like an all digital version of ESPN for college sports, offering news and live coverage for 3,000 live events thanks to partnerships with five conferences.

What's more, Campus Insiders puts on the Nova Home Loans Arizona Bowl which is "the first and only digitally-­focused college football bowl game broadcast." Campus Insiders will provide updates and highlights in addition to its live events. Twitter will also get news and highlights from the ACC Digital Network. While that content won't include live games, it will give fans of Atlantic Coast Conference schools a way to catch up on any action they might have missed and keep track of all the latest developments. The ACC recently announced its own network in partnership with ESPN for 2019, so that's where most of its live action will be available. Part of that option includes a digital (streaming) channel that will show 600 live events launching this fall.

In a press release announcing the deals, Twitter's CFO Anthony Noto noted that the agreements would allow users who are already chatting about the sporting events on the social network a chance to stream live videos in the same place. "Twitter is the fastest way to see what's happening in sports," he said. Campus Insiders' digital foundation makes it more suited to tackle streaming on Twitter than a traditional network. Since it's already doing so on its own, the pieces are in place to easily make the leap. Speaking of which, there's no word on when you can expect the live events, news and highlights to make their debut, but we'd surmise it will start up when students head back to school this fall.

In this article: acc, av, college, collegeinsiders, collegesports, entertainment, internet, livestream, mountainwestconference, ncaa, patriotleague, services, stream, twitter, video, westcoastconference
All products recommended by Engadget are selected by our editorial team, independent of our parent company. Some of our stories include affiliate links. If you buy something through one of these links, we may earn an affiliate commission.