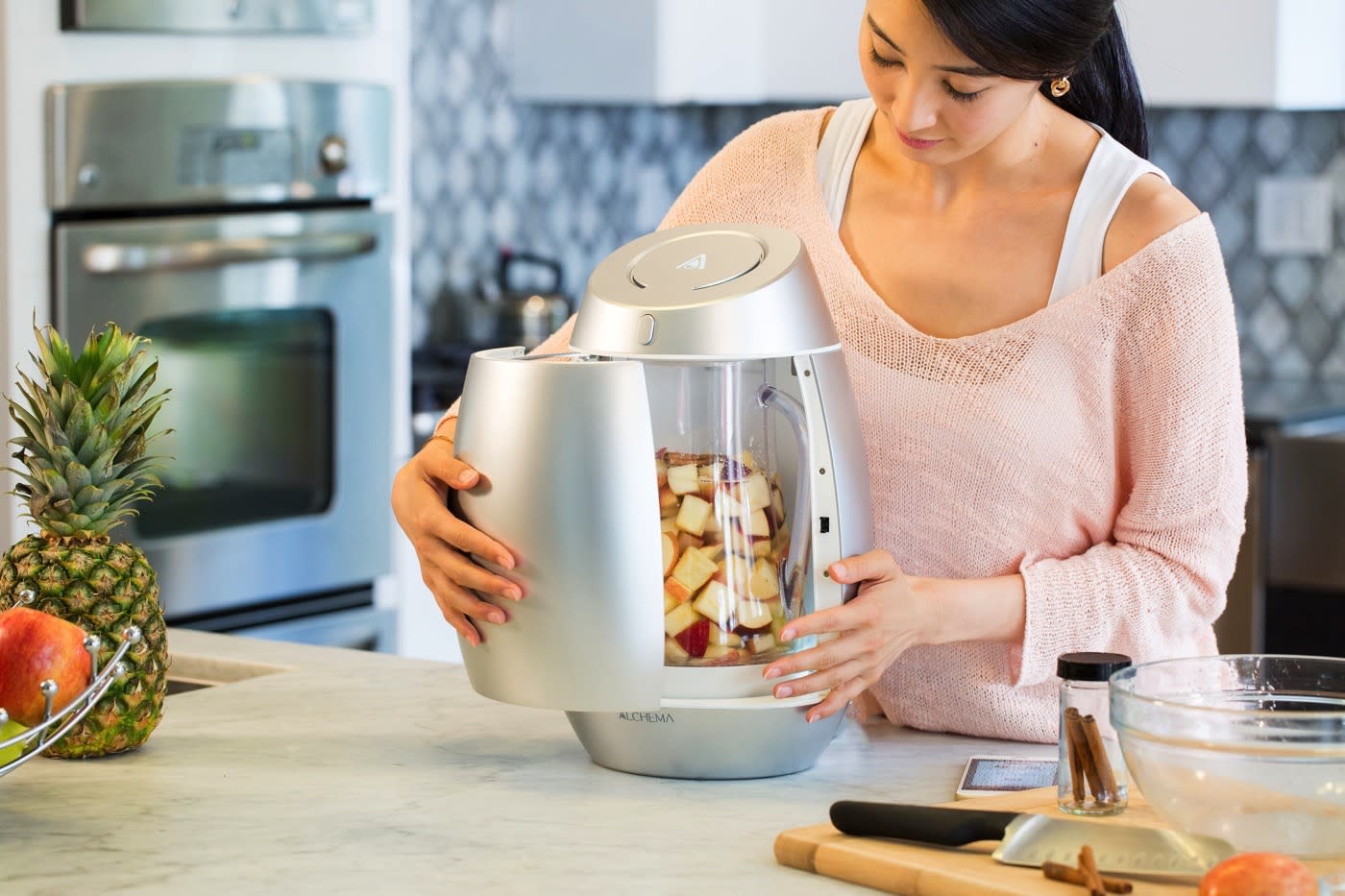 We've seen devices for brewing beer with ease at home, but what if you're more of a hard cider drinker? Well, you may soon have a countertop option that turns fresh fruit into the adult beverages as well. This is Alchema: A $299 device that takes your favorite fruits, sugar, water and yeast and transforms them into your very own craft cider. The company, which goes by the same name, calls the gadget a "smart homebrewer," a connected setup that uses an iOS app to help you select recipes and keep tabs on the fermentation process. What's more, Alchema can make cider in 1-2 weeks, mead in less than a week and wine in about 4 months. If you're familiar with the brewing process, you know that sanitation is important. In an effort to provide more of an all-in-one solution, Alchema has a built-in medical grade UV-C LED light that sanitizes the the pitcher before you begin. To ensure you're adding the proper amount of each ingredient, the device also has a weight sensor to measure how much fruit and other items should be added each time, depending on the selected recipe. During the fermentation process, the gadget keeps tabs on alcohol content, air pressure, and temperature to prevent contamination. And yes, all of this info can be viewed in the iOS app thanks to Alchema's WiFi connectivity.

The team behind Alchema turned to Kickstarter to bring the product to kitchens of aspiring cider makers. The device already grabbed the attention of the HAX hardware accelerator that helped the company demo a working prototype at Target and Brookstone. Alchema won't ship until July 2017 for the first group of backers, but the production process is slated to start next month as the company tackles the final design. If the campaign hits the $150,000 mark, the company says it'll debut an Android version of the companion app after the device ships next year.

In this article: alchema, booze, cider, diy, drinks, fruit, gear, home
All products recommended by Engadget are selected by our editorial team, independent of our parent company. Some of our stories include affiliate links. If you buy something through one of these links, we may earn an affiliate commission.