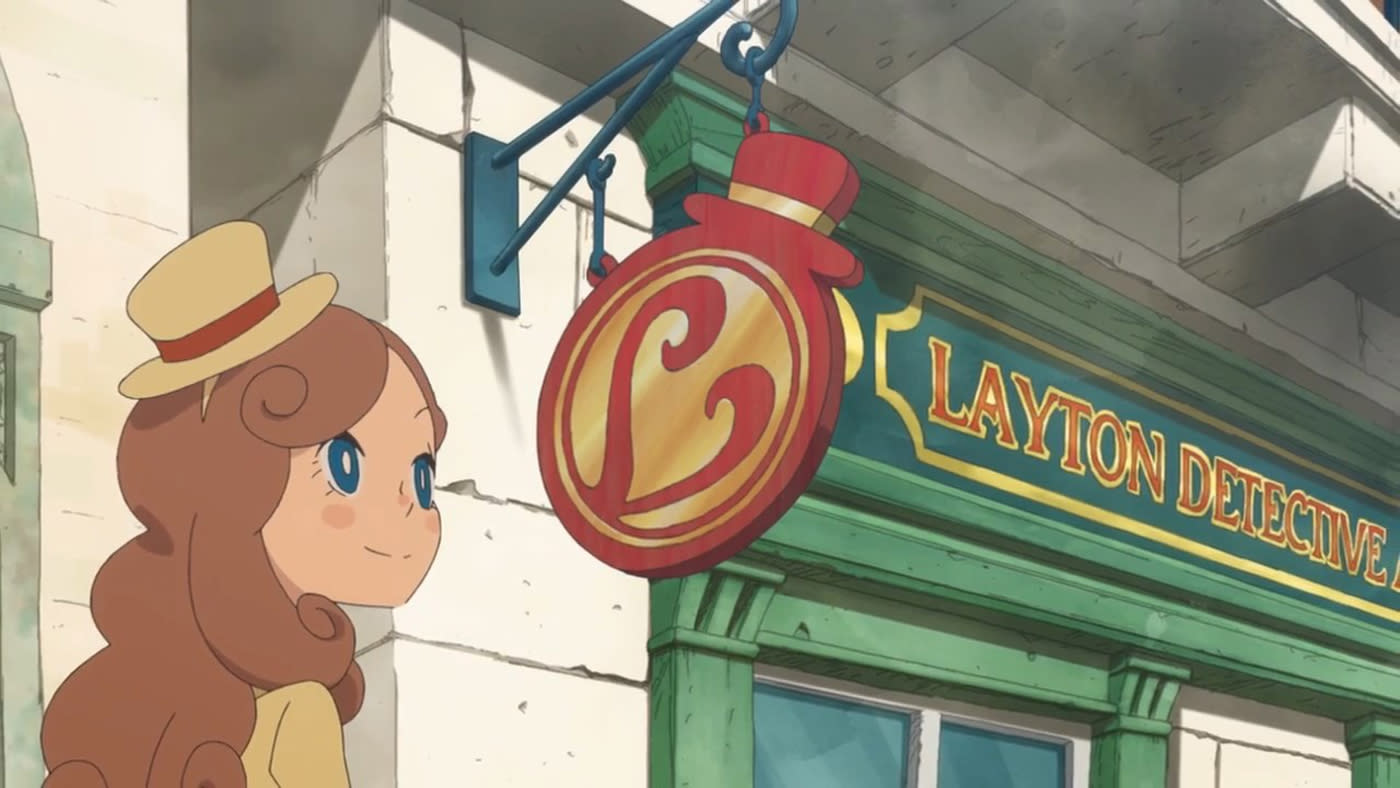 It's been awhile since Professor Layton has graced the 3DS with a puzzle-filled adventure, but the famous detective is finally back. Sort of. Level-5 has announced that the next game in its long-running puzzle series will star not Hershel Layton himself, but Catriel Layton -- the original character's daughter. That tweak aside, Lady Layton: The Conspiracy of King Millionaire Ariadne looks like a direct sequel to the original series.

The announcement trailer shows Catriel taking over her father's detective agency, and teases both new puzzles and beautifully animated cutscenes -- but long-time fans of the series will know that the new lead isn't the only thing different about Lady Layton. The Conspiracy of King Millionaire Ariadne will be the first game in the mainstream Layton series to be made without master puzzle designer Akira Tago, who passed away earlier this year.

The game is slated is confirmed for a spring 2017 launch in Japan on both 3DS and mobile devices. So far, international audiences have missed out on Layton's smartphone adventures -- but it's likely the US market will at least get the 3DS version of the game. Check out the full trailer at the source link below.

In this article: av, gaming, ladylayton, level-5, nintendo, professorlayton, puzzels, video, videogames
All products recommended by Engadget are selected by our editorial team, independent of our parent company. Some of our stories include affiliate links. If you buy something through one of these links, we may earn an affiliate commission.