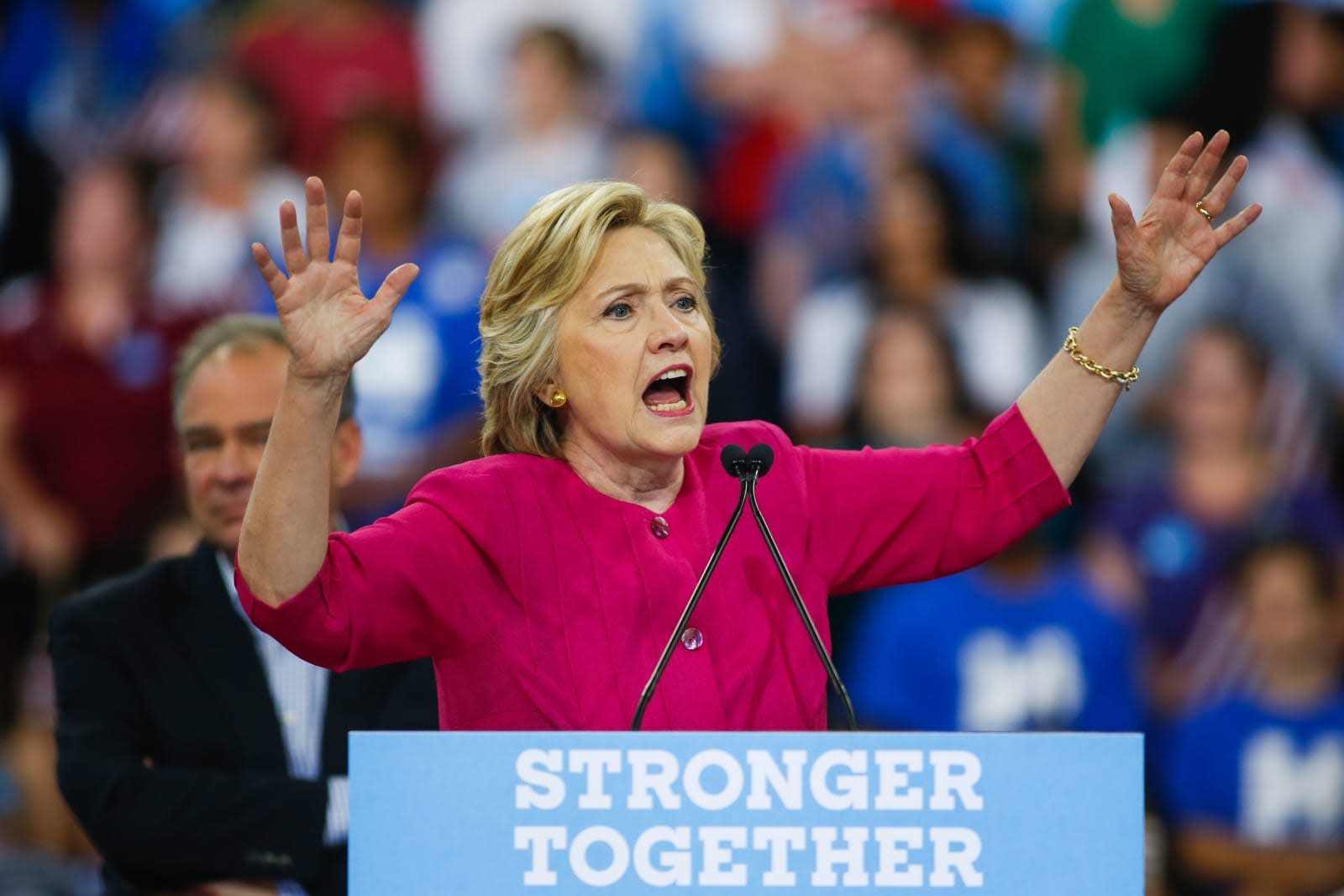 The most recent cyberattacks against the Democratic Party, revealed today, also included attacks on Hillary Clinton's presidential campaign, Reuters reports. Sources tell the news agency that the Justice Department's national security division is investigating all of the recent hacks against the Democratic Party, and they note that's a sign that the Obama administration believe the attacks are state sponsored.

Nick Merrill, a spokesperson for the Clinton campaign, offered up the following statement:

"An analytics data program maintained by the DNC, and used by our campaign and a number of other entities, was accessed as part of the DNC hack. Our campaign computer system has been under review by outside cyber security experts. To date, they have found no evidence that our internal systems have been compromised."

Earlier this week, the FBI revealed that it's investigating Russia's potential involvement in the email hack on the Democratic National Convention. Reuters reports that intelligence officials also believe that Russian hackers were responsible for yesterday's attack on the Democratic Congressional Campaign Committee. That would have given the hackers access to things like strategy memos and opposition research, as well as even more emails.

In his usual off-handed style, Donald Trump also called for "Russia or any other person or country" to find emails deleted by the Clinton campaign to "share them with the FBI." Essentially, he was asking foreign countries to hack the US government. The Clinton campaign was quick to push back, and Trump's campaign manager later said he wasn't asking anyone to hack Clinton's emails.

In this article: Clinton, culture, cyberattacks, hacks, HillaryClinton, politics, security, TL16DEMHACK
All products recommended by Engadget are selected by our editorial team, independent of our parent company. Some of our stories include affiliate links. If you buy something through one of these links, we may earn an affiliate commission.