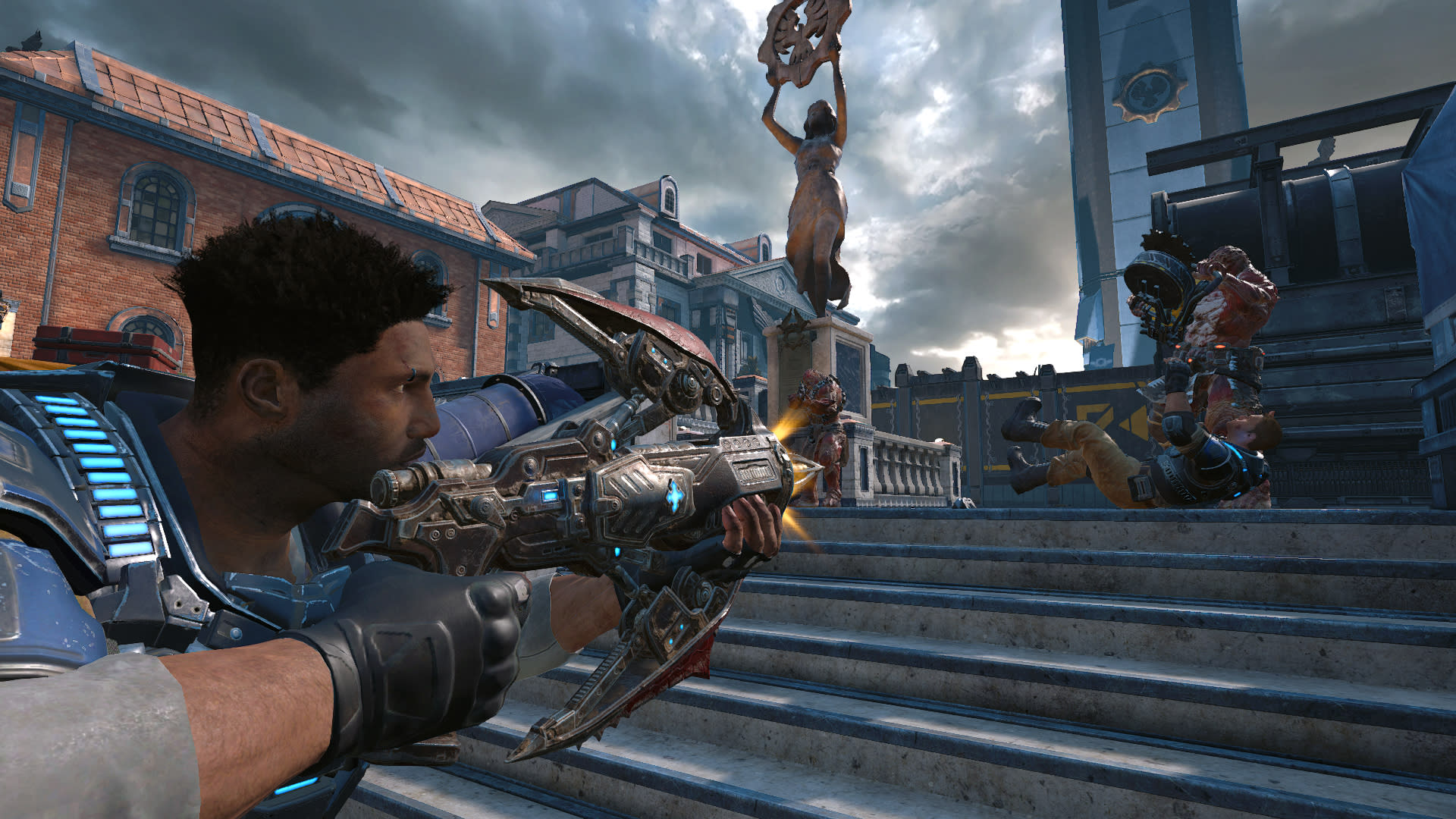 When it comes to Xbox-exclusive multiplayer games, Gears of War is second only to Halo -- and Microsoft is leaning on that popularity for its next big tournament: the Gears eSports Pro Circuit. This ten-month, international gaming circuit kicks off with the launch of Gears of War 4, and will dole out a million dollars in prize money at eight live regional matches. The best part? The tournament is open to professional and amateur players alike -- all you need to qualify is a copy of the game and your own natural talent.

Here's how it works: When Gears of War 4 launches in October, players will be able to earn "Gears Pro Points" by competing in regional MLG online ladder matches. The players with the most points will be able to qualify for open LAN events hosted at cities across the globe. These top players will be flown out to LAN events in London, Paris, Las Vegas and other cities every couple of months -- with each event boasting prize pools between $75-250,000.

In addition to the total million dollar prize pool, Microsoft will be hosting an extra launch event in October, worth an additional $100,000. Fans will also be able to buy Gears eSports-themed in-game content to support the tournament. Additionally, fans will be able to watch a weekly MLG Gears eSports broadcast showcasing the best of online qualifying matches and finals. That's a lot of events for a game that isn't out until October 11th. Want to learn more? Check out the source link for the Pro Circuit's official announcement.

In this article: av, esports, gaming, gearsofwar, microsoft, mlg, xbox, xboxone
All products recommended by Engadget are selected by our editorial team, independent of our parent company. Some of our stories include affiliate links. If you buy something through one of these links, we may earn an affiliate commission.