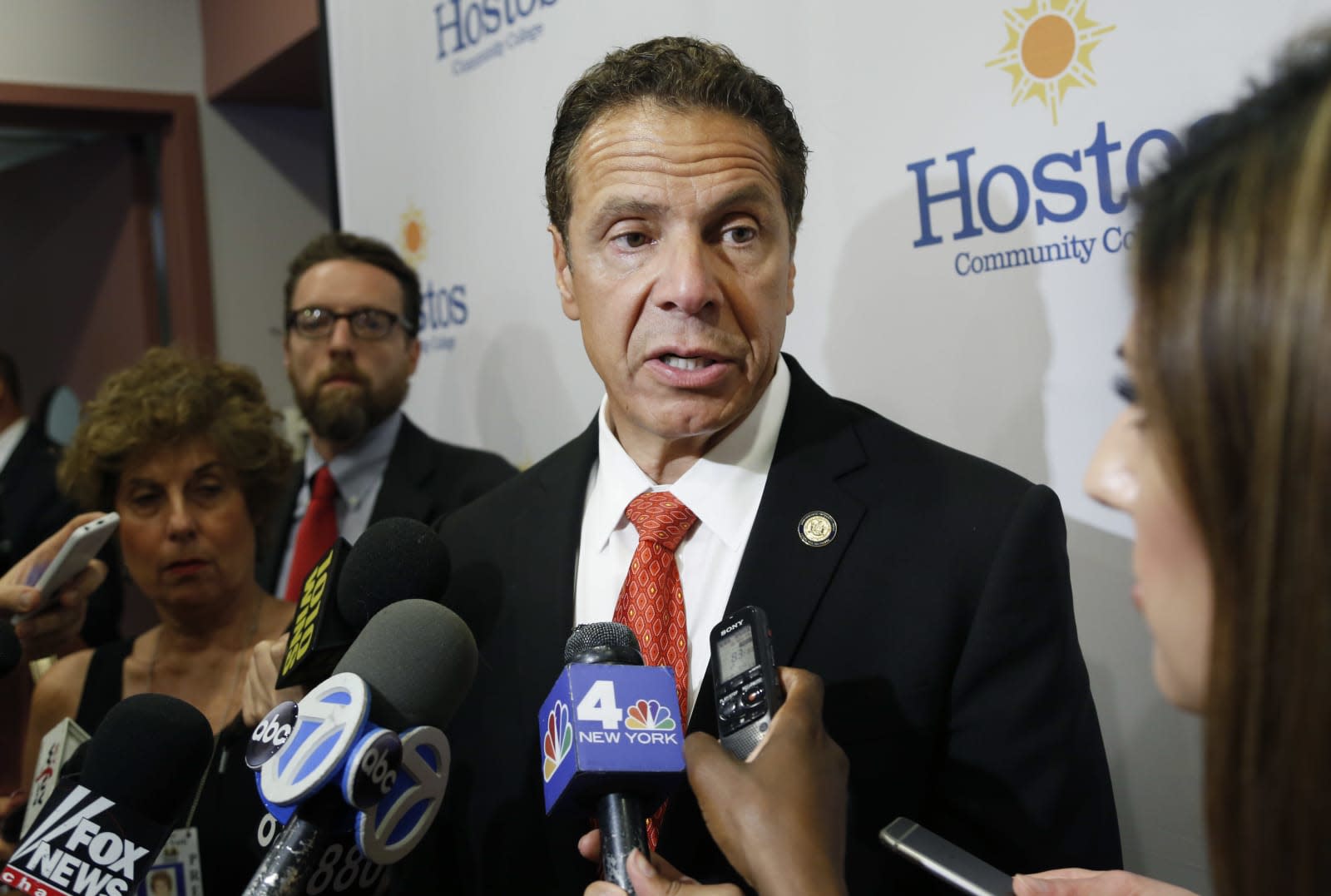 New York Governor Andrew Cuomo has forbidden registered sex offenders in his state from downloading and playing Pokémon Go and similar augmented reality games. According to a statement released Monday morning, the Department of Corrections and Community Supervision will apply the governor's directive to "nearly 3,000 Level 1, 2 and 3 sex offenders currently on parole" in the state of New York.

Governor Cuomo's plan comes after a report from New York Senators Jeffrey D. Klein and Diane Savino found dozens of Pokémon, Pokéstops and Pokémon gyms within half a block of 100 different registered sex offenders in New York City. In an open letter to Niantic CEO John Hanke, Cuomo offered to send the state's sex offender registry data so the company could block those users from its immensely popular game. The Governor's office has also reached out to Apple and Google to inform them of the same concerns.

"Protecting New York's children is priority number one and, as technology evolves, we must ensure these advances don't become new avenues for dangerous predators to prey on new victims," Governor Cuomo wrote. "These actions will provide safeguards for the players of these augmented reality games and help take one more tool away from those seeking to do harm to our children."

While sex offender registries have become controversial in some states, Governor Cuomo has a history of tracking sex offenders' online activity in New York. As Attorney General, he introduced legislation that required sex offenders to register all their current email addresses, screen names and other internet aliases with the state. According to the Governor's office, that legislation has banned over 18,000 register sex offenders from 40 different social media sites or tech services.

In this article: AndrewCuomo, culture, gaming, mobile, NewYork, niantic, pokemon, pokemongo, politics, SexOffenderRegistry, SexOffenders
All products recommended by Engadget are selected by our editorial team, independent of our parent company. Some of our stories include affiliate links. If you buy something through one of these links, we may earn an affiliate commission.