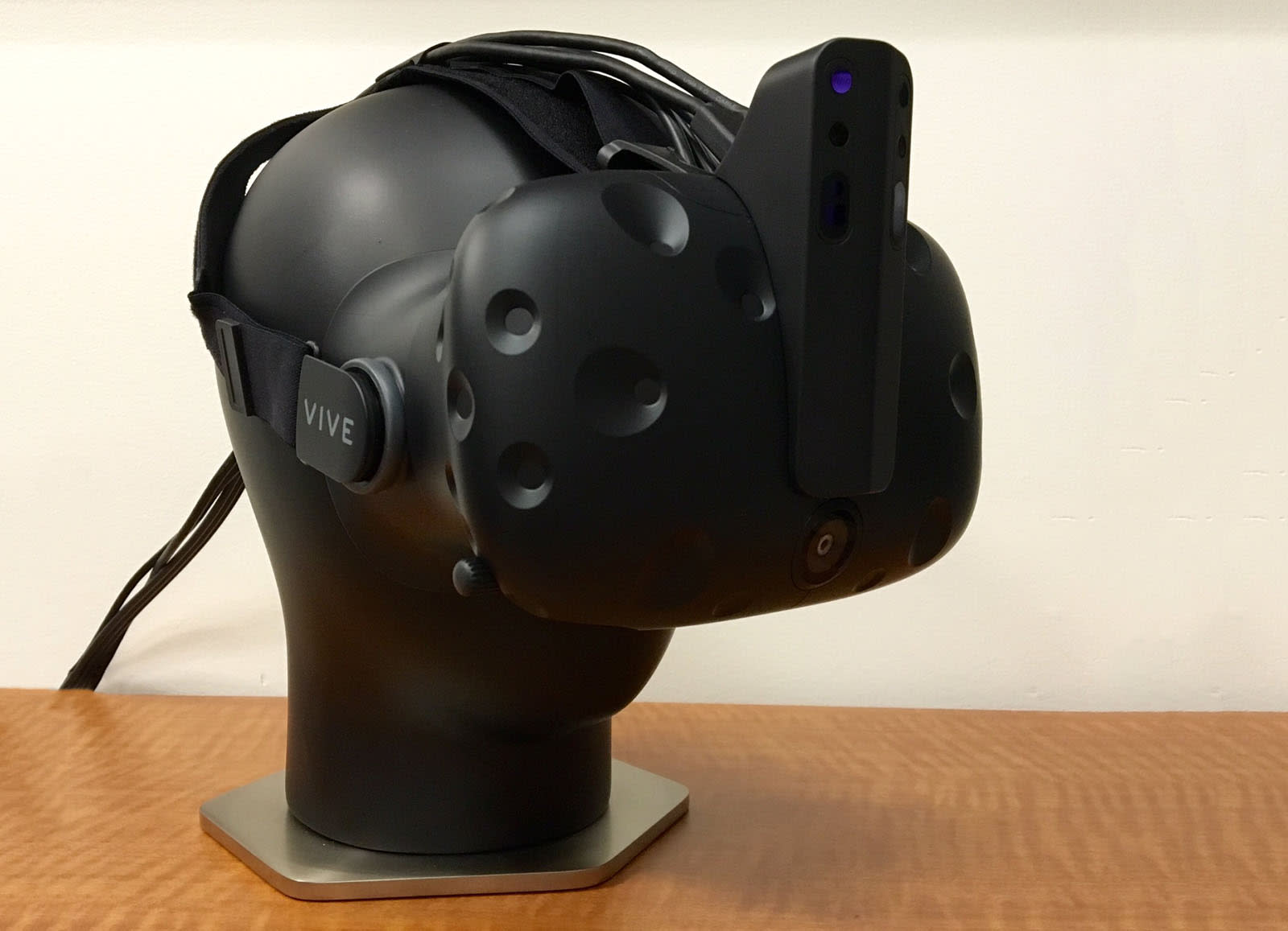 Intel scientist Dimitri Diakopoulos revealed a sneak peek of an interesting depth sensing camera that attaches to HTC's Vive headset. "I felt that VR needed a solid unicorn peripheral with six additional cameras," he tweeted. The device, presumably based on Intel's RealSense tech, may be designed to track your hands or keep you from bumping into things. He mentioned that each camera weighs 10 grams (0.35 ounces), and said the design maintains the headset's original balance point.

It looks more like a finished product than a prototype and Diakopoulos said the team "nailed" the design. It's unknown, however, whether it'll be for consumers or developers. Both the Oculus Rift and Vive use external motion tracking devices and have pass-through cameras. However neither can track your hands (they both use controllers), and only the Vive has an obstacle detection system that the user must set up. In another tweet, Diakopoulos, added "I predict it'll be rare to buy any HMD in 2018 without additional vision sensors integrated."

The original tweets have since been deleted, so the reveal may have been premature, but we'll apparently hear more about it during the Intel Developer Forum from August 16-18 in San Francisco.

In this article: cameras, DepthSensor, gear, HTCVive, IDF16, intel, RealSense, Vive, wearables
All products recommended by Engadget are selected by our editorial team, independent of our parent company. Some of our stories include affiliate links. If you buy something through one of these links, we may earn an affiliate commission.