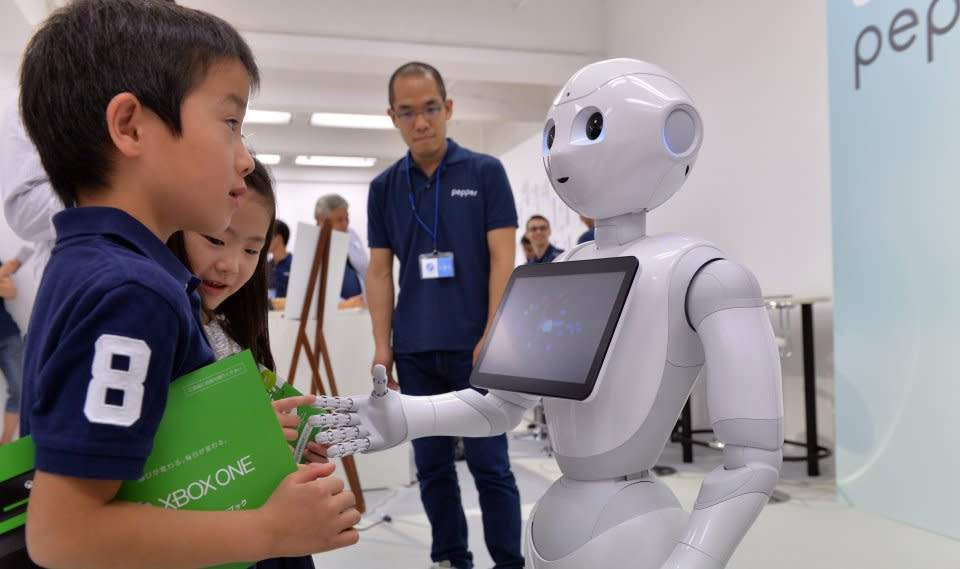 Pepper's resume is already packed with an impressive list of multinationals in both Japan and Asia, but now the robot is ready to meet and greet in English, specifically in San Francisco, where it'll be working inside tech retailer b8ta's flagship store. It'll only be there a week, so it's best to think of it as a kind of overseas work experience for the wee robot. The internship starts August 11th, and will involve Pepper greeting and guiding customers, presumably alongside awkward banter and robotic arm flourishes. The tech store says there will be special events and prize giveaways during the robot's stay, with a special developers' workshop for robot programmers of the future. That kicks off on the evening of August 16th. Hit up the store's Facebook page for all the details -- and see how the robot fared when we first met it on US soil after the break.

In this article: aldebaran, b8ta, culture, gear, pepper, retail, robots, SanFrancisco, softbank, video
All products recommended by Engadget are selected by our editorial team, independent of our parent company. Some of our stories include affiliate links. If you buy something through one of these links, we may earn an affiliate commission.