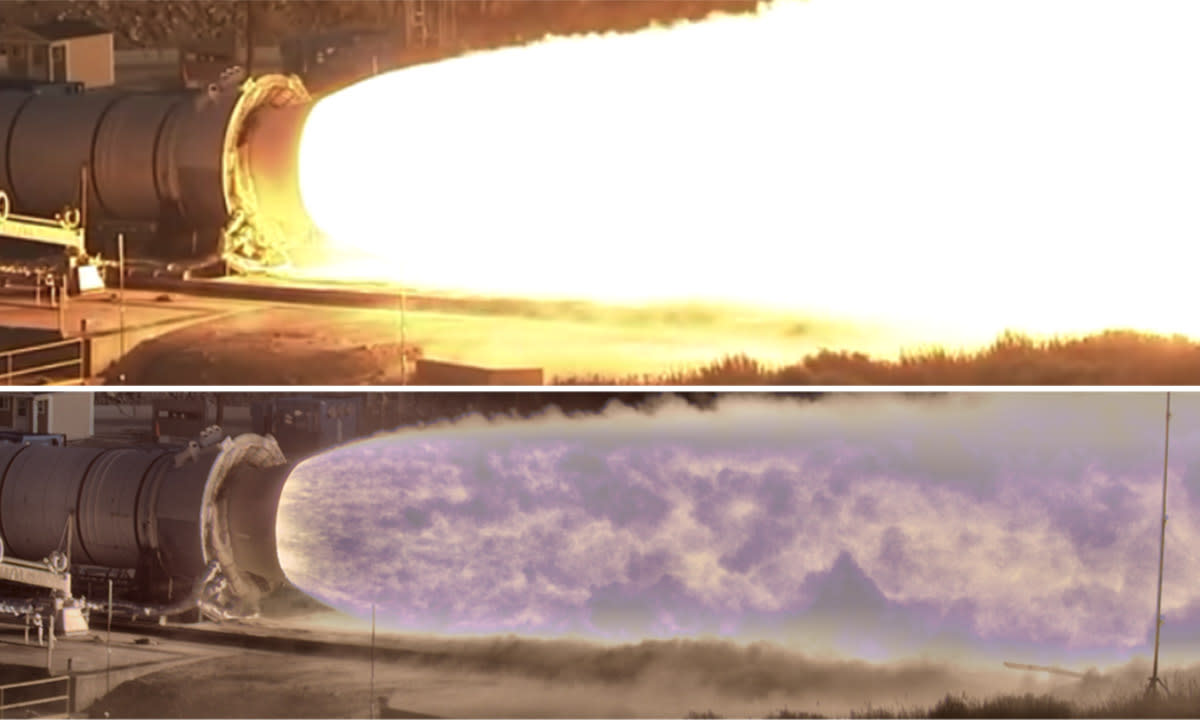 We enjoy the hell out of static rockets tests, but NASA doesn't do them for the lulz -- they're the crucial last step before a new booster launches. To get better data, the space agency developed a new HDR camera that showed what's going on when the gigantic Space Launch System (SLS) rocket booster fires. Called the "High Dynamic Range Stereo X" (HiDyRS-X), it captured fine detail in the plume, which was "several orders of magnitude" brighter than what researchers had tested before.

HDR images are formed by combining multiple exposures, which are often taken one at a time or using multiple cameras. However, the NASA team, made up of young engineers from NASA's Early Career Initiative (ECI), elected to use a single camera without image sequencing. By fitting it with custom chips and pixels, it can capture multiple images with varying exposures all at the same time. That allows it to compensate for the extremely bright plume, while remaining small enough to easily install on a rocket test stand.

After trying out the camera with smaller rocket motors, the team captured a full-scale test of NASA's enormous SLS booster in Utah. Built by Orbital ATK, the rocket is the most powerful in the world, and the test was the last one scheduled before launch. The team had a tense moment during filming when they had to quickly override a malfunctioning automatic timer, and the end of the test was cut off when the powerful vibrations disconnected the power source.

The final result (above) was worth it, though, as the camera captured details never seen before in such a large test. "I was able to clearly see the exhaust plume, nozzle and the nozzle fabric go through its gimbaling patterns, which is an expected condition, but usually unobservable in slow motion or normal playback rates," said NASA structural dynamist Howard Conyers. NASA will now build a second prototype with more advanced HDR and better manufacturing, thanks to the lessons it learned.

In this article: cameras, HDR, HiDyRS-X, NASA, OrbitalATK, RocketPlume, science, space, video
All products recommended by Engadget are selected by our editorial team, independent of our parent company. Some of our stories include affiliate links. If you buy something through one of these links, we may earn an affiliate commission.