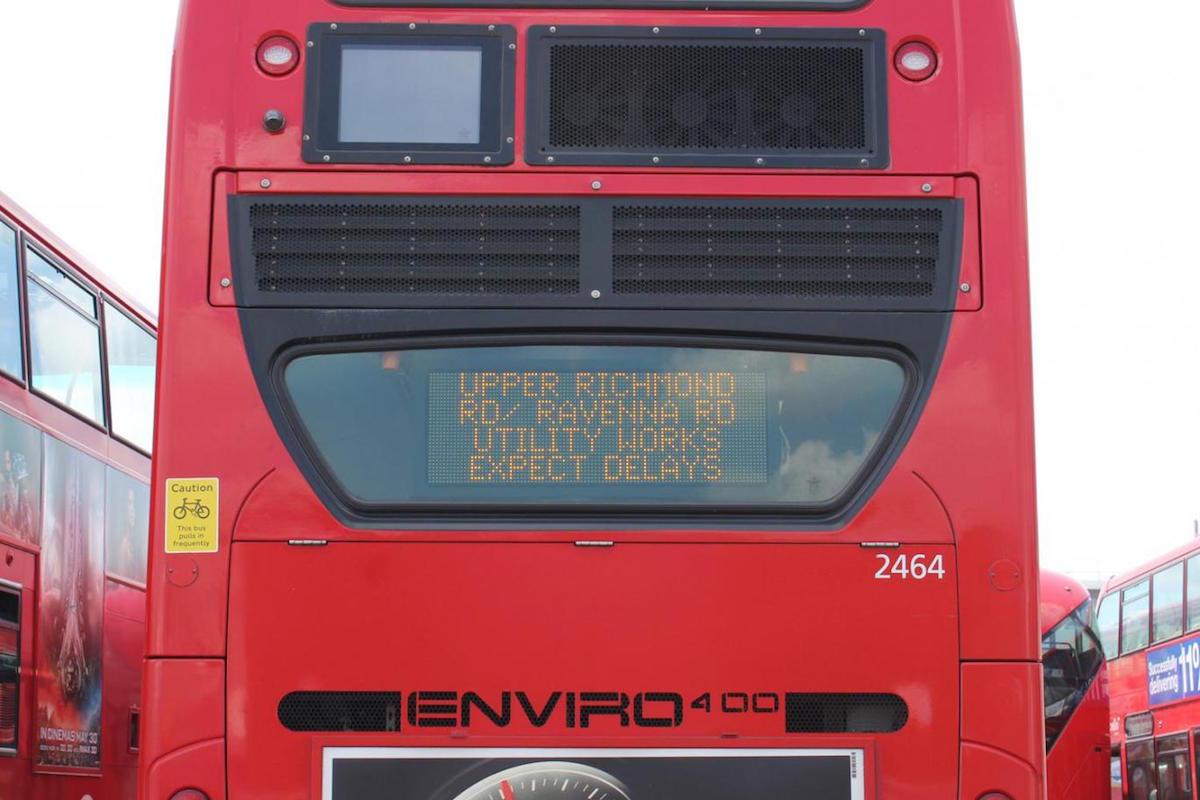 Over time, transport authorities have improved how they share important road travel news. Roadside signs can give a driver an important heads-up during journeys and apps can notify travellers before they've even left the house. As part of a new trial, Transport for London (TfL) wants to reduce the temptation for motorists to look at their phones while on the move by displaying live traffic information on the back of London's buses.

The GPS-equipped digital information boards have been placed on a number of buses on route 344, which run between Clapham Junction and Liverpool Street. TfL says it's the first in the world to do such a thing and believes it'll help reduce congestion and improve the "reliability and efficiency of the roads."

The six-month trial comes just weeks after TfL ended a similar test that put traffic information on taxi-top signage of London's black cabs. The travel authority says that while double-decker tests are currently limited to one route, there are plans to extend it number 415 buses operating between Tulse Hill and Liverpool Street from the autumn. If they prove successful, the pilot could then be expanded across London.

In this article: bus, gear, london, tfl, traffic, transportation, transportforlondon
All products recommended by Engadget are selected by our editorial team, independent of our parent company. Some of our stories include affiliate links. If you buy something through one of these links, we may earn an affiliate commission.