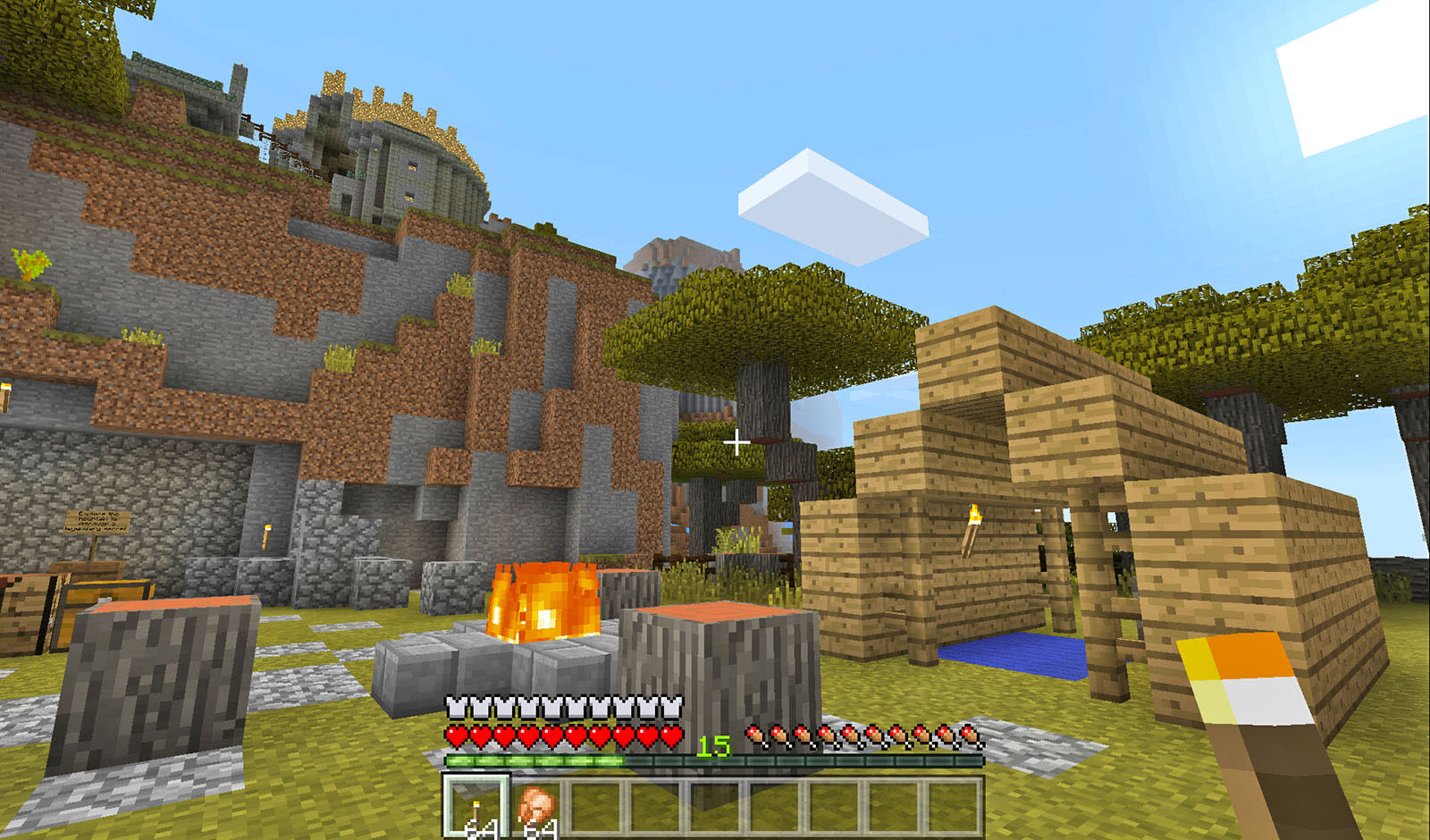 If you own an Oculus Rift and are eager to play Minecraft on it, we now know roughly when it's coming. Mojang developer Tommaso Checchi tweeted that it'll arrive to the Windows 10 Beta edition (version 0.15.6) sometime next week. We tried the highly anticipated VR version in March, and enjoyed exploring the blocky worlds in immersive, 360-degree 3D. Minecraft is one of the most highly-anticipated Oculus Rift titles, though the ultimate version might eventually be on Microsoft's AR Hololens.

Microsoft-owned developer Mojang currently lets you download the Windows 10 beta version for free, provided you own Minecraft for PC or Mac. You just need to hit the website and enter your credentials to get access. We presume it will remain free for registered owners once Oculus support arrives, though Microsoft hasn't confirmed that.

PSA: unsurprisingly, promised dates change :)
We said that Rift support would be in 0.15.6, but it will be out next week instead!

Minecraft creator "Notch" Persson first floated the idea of on Oculus Rift version nearly four years ago to the day. However, he canceled the project after Facebook bought Oculus, saying "Facebook creeps me out." Luckily, Microsoft put the project back on track after it bought Mojang for $2.5 billion. All that turmoil is now in the past, and you'll be able to grab the title (in beta) by August 19th at the latest.

In this article: gaming, microsoft, Minecraft, OculusRift, VirtualReality, VR, VRGaming, wearables
All products recommended by Engadget are selected by our editorial team, independent of our parent company. Some of our stories include affiliate links. If you buy something through one of these links, we may earn an affiliate commission.