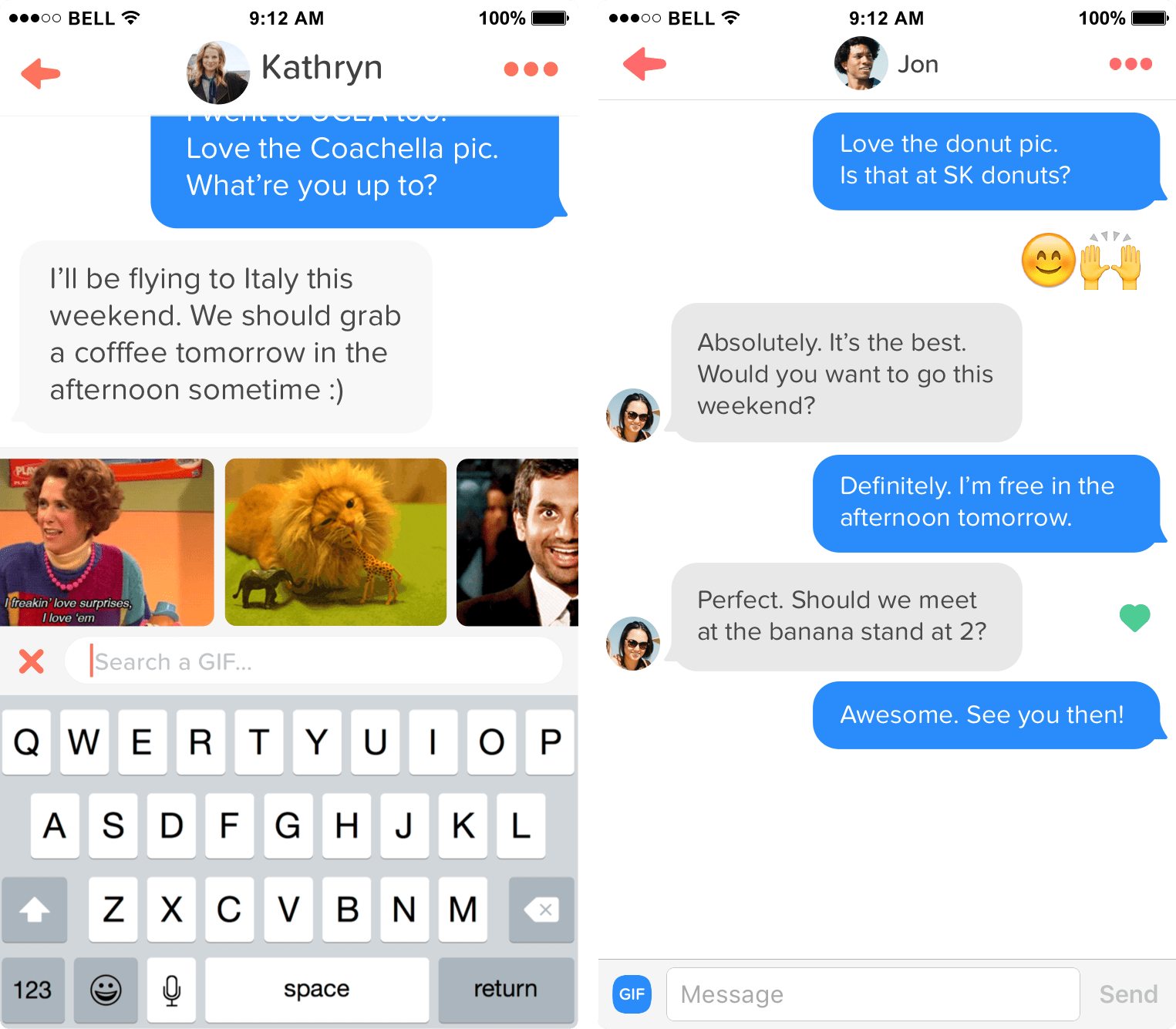 Who knew that the secret to successful online dating lay in GIFs? The next time you find yourself spending an hour coming up with the perfect greeting and introduction on Tinder, stop and find a GIF instead. According to Tinder's research, GIF messages are 30 percent more likely to receive a response than non-GIF ones.

The company also found that conversations with GIFs were two times longer than those without, and since the feature was enabled in 2016, more than 100 million GIFs have been sent around the world in the app.

Tinder's sociologist Dr. Jess Carbino told Engadget that she regularly interviews the company's users. She believes starting conversations is challenging, and that GIFs and emojis are a good way to break the ice, because "people are very attracted to art and things that are visual," she said.

When asked if the animated images could be used as a crutch, Dr Carbino argued, "GIFs are a good way to assess compatibility and sense of humor." The GIFs aren't just used by young people, either. According to Dr. Carbino, Tinder's users range between 18 and 61 years of age, and GIFs are used universally across all the age groups.

The company is still looking into the impact of GIFs and emojis on people who are meeting through its new Social feature, which lets you find new friends to hang out with. In the meantime, if you're puzzling over how to get that cute match to keep talking to you, it might be time to drop a GIF.

In this article: culture, emoji, gif, gifs, internet, personal computing, personalcomputing, services, tinder
All products recommended by Engadget are selected by our editorial team, independent of our parent company. Some of our stories include affiliate links. If you buy something through one of these links, we may earn an affiliate commission.