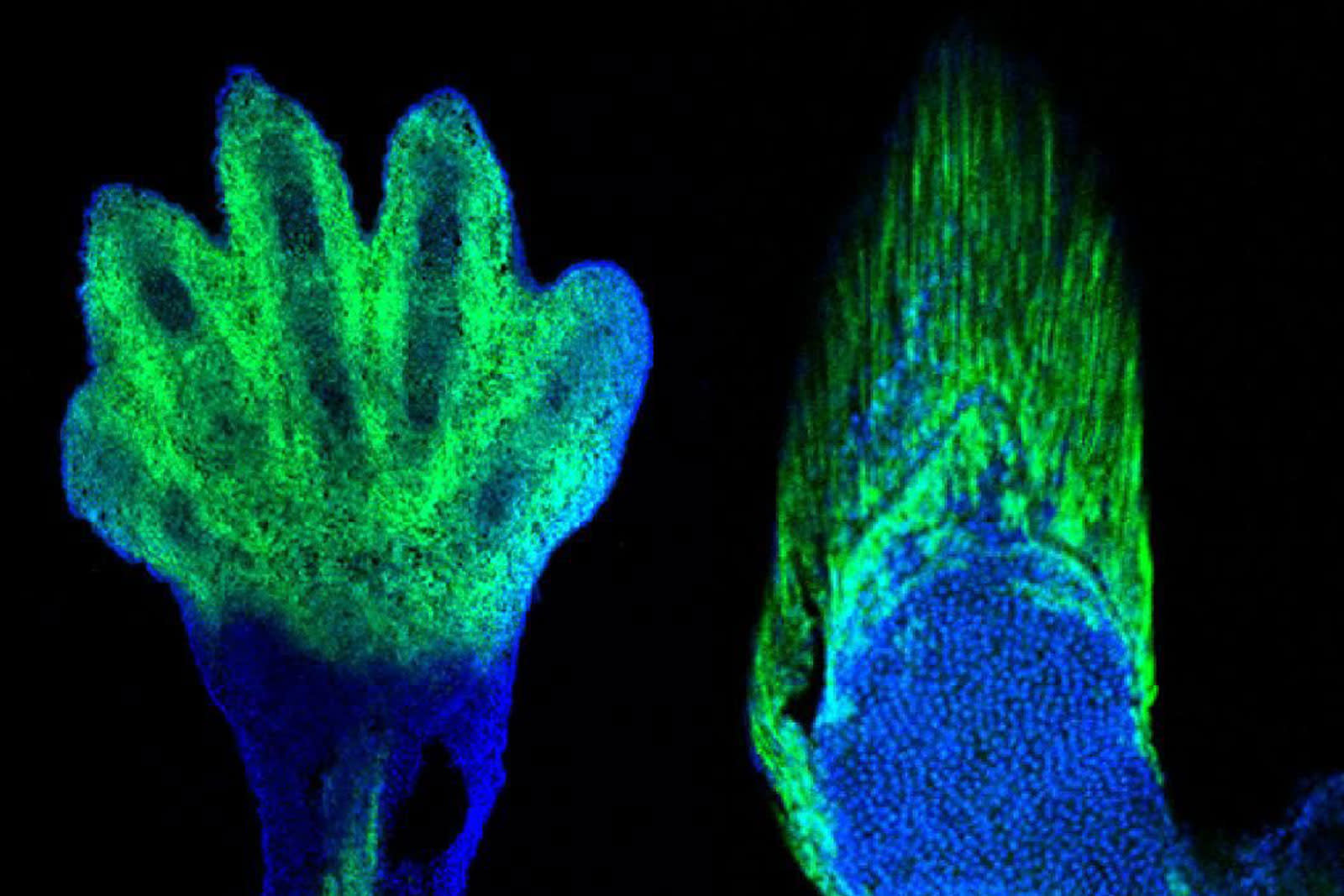 Gene editing technology isn't just useful for curing the world's ills, it seems. University of Chicago scientists have used the CRISPR technique to discover a key evolutionary connection between fins and hands. Researchers edited fin-related zebrafish genes to make the appropriate cells glow as they develop, and discovered that there's a similar glow in a mouse's digits. In other words, there's a strong similarity in the genes governing fins and digits -- they're both telling embryonic cells to show up at the end of an appendage.

The finding suggests that the biggest difference between a fin and a hand may be the tissue involved, such as the dermal bone in fish or the endochondral (cartilage-based) bone in humans. That, in turn, helps explain intermediary species where fins grew increasingly limb-like. And it's safe to say that the CRISPR work raises hope of using gene editing to spot other evolutionary patterns. Aspects of biological development that have remained mysterious for decades might become a little bit clearer.

In this article: biology, crispr, digit, evolution, fin, geneediting, genes, genetics, hand, medicine, science
All products recommended by Engadget are selected by our editorial team, independent of our parent company. Some of our stories include affiliate links. If you buy something through one of these links, we may earn an affiliate commission.