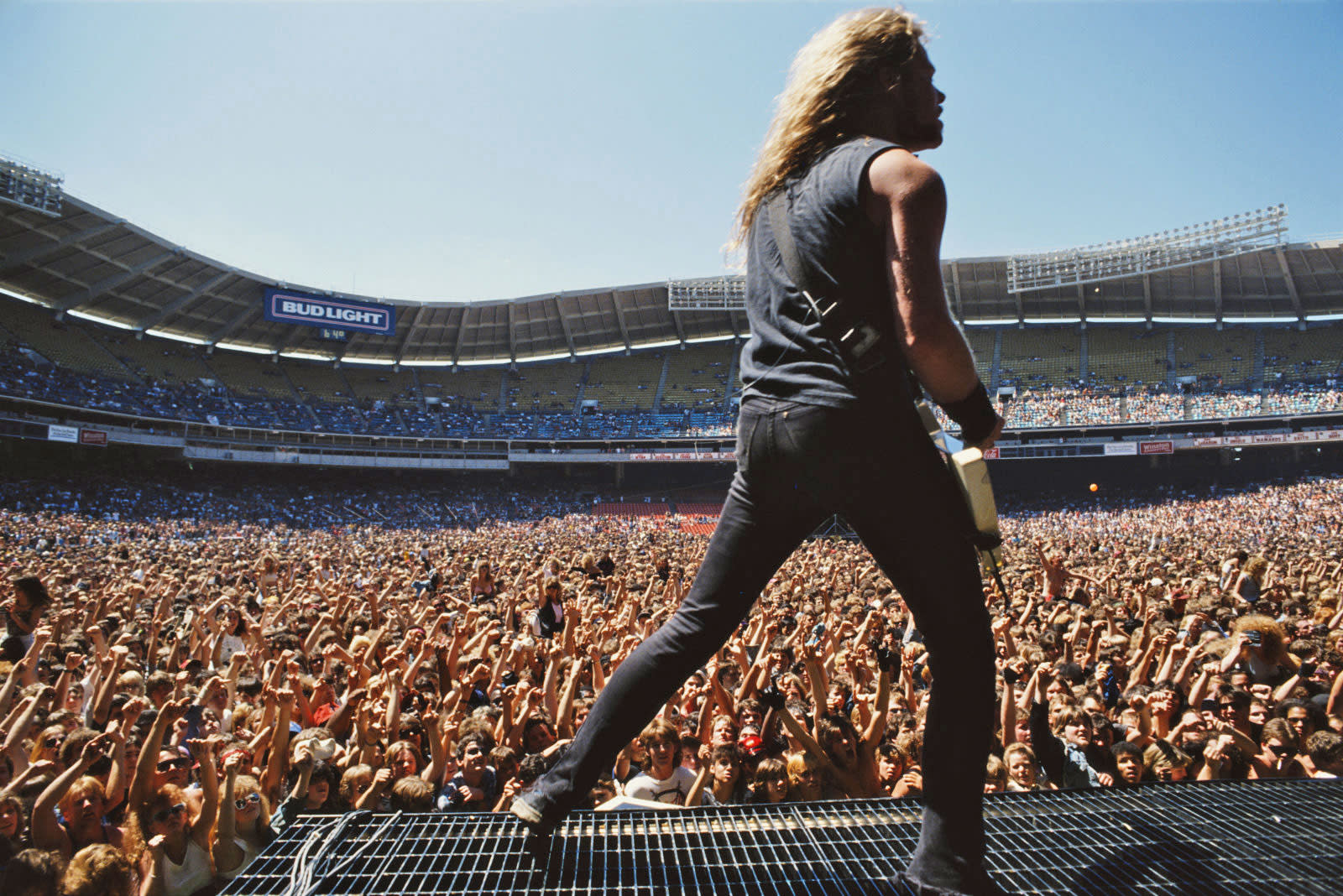 We first heard about Spotify's Landmark series back in May and today the first installment is debuting for Android and iOS users. Landmark -- Metallica: The Early Years is a documentary-style look at the iconic heavy metal band's origins and the move from performing in dive bars to taking the stage in stadiums. During the course of four chapters, the series recounts the formation of the band through the release of 1984's Ride the Lightning.

One of a dozen shows the streaming service has planned, Landmark will examine key events and figures in music history with interviews, rare footage and, as you probably guessed, playlists that serve as an audio companion to the visuals. Starting today, all four parts of the Metallica documentary will be available for streaming. There's a catch though: Landmark can only be streamed with Spotify's Android and iOS apps.

The company didn't offer any indication as to when or if it would be available on desktop or the web at some point in the future, but the first chapter is available on YouTube. Yes, you'll have to watch the rest on a mobile device if you want to see more than the first segment. What's more, the videos are only available in the US, UK, Sweden and Germany. The good news? Users of both the free and paid tiers will be able to stream all four chapters of the documentary.

Spotify announced plans for a lot original video content this year and it recently debuted an animated series that offers a bit of music education. Details on the other projects remain scarce except for a tease of Rush Hour: a show where two DJs have a remix battle in the back of a van. The video push mirrors similar efforts from Tidal and Apple Music in regards to original video, with news of Apple's documentary project with Cash Money Records surfacing yesterday. As music streaming services try to attract new users, and woo others from their current subscription, it looks like original video will be one tool they employ to try and achieve that goal.

As far as Spotify's Landmark is concerned, you can watch the trailer for the first installment down below.

In this article: av, documentary, entertainment, metallica, music, services, spotify, streaming, video
All products recommended by Engadget are selected by our editorial team, independent of our parent company. Some of our stories include affiliate links. If you buy something through one of these links, we may earn an affiliate commission.