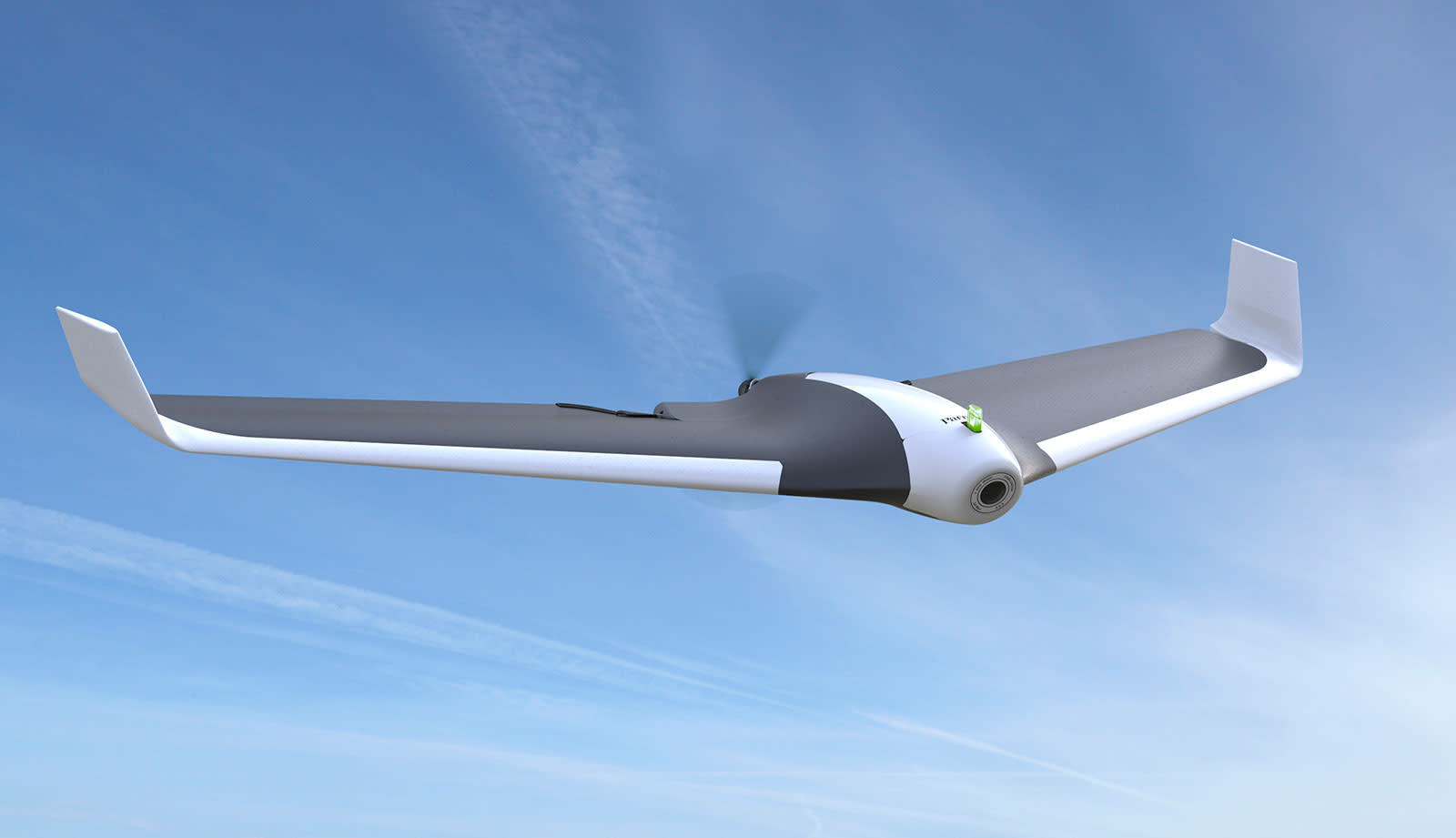 Parrot's beginner-friendly drone is finally ready to take to the skies, after we first saw a prototype at CES this year. The Disco eschews the more common quadcopter format for a fixed-wing system that makes taking off as easy as throwing the device in the air. It will be available next month for $1,299. For that price, you'll get the Disco, Parrot's Skycontroller 2 and its Cockpitglasses. The latter is a Gear VR-esque headset that offers a first-person view of what the drone's camera sees. It also displays a radar and telemetric data so it's as if you're piloting from the Disco's cockpit. Or as if you were a bird.

It may have a user-friendly takeoff mechanism, but the Disco is as (or even more) advanced as Parrot's other drones. It can fly at up to 50 MPH, with flight time of about 45 minutes. After launching into the air, the drone ascends automatically to an altitude of 164 feet before circling in the air as it awaits your commands.

Parrot has plenty of competition to face, but its fixed-wing system is certainly unique in the commercial space, if not a little goofy. We'll have to wait and see if the Disco's cool take-off method will rise above the rest. 18
In this article: drone, drones, gadgetry, gadgets, gear, parrot, parrotdisco
All products recommended by Engadget are selected by our editorial team, independent of our parent company. Some of our stories include affiliate links. If you buy something through one of these links, we may earn an affiliate commission.