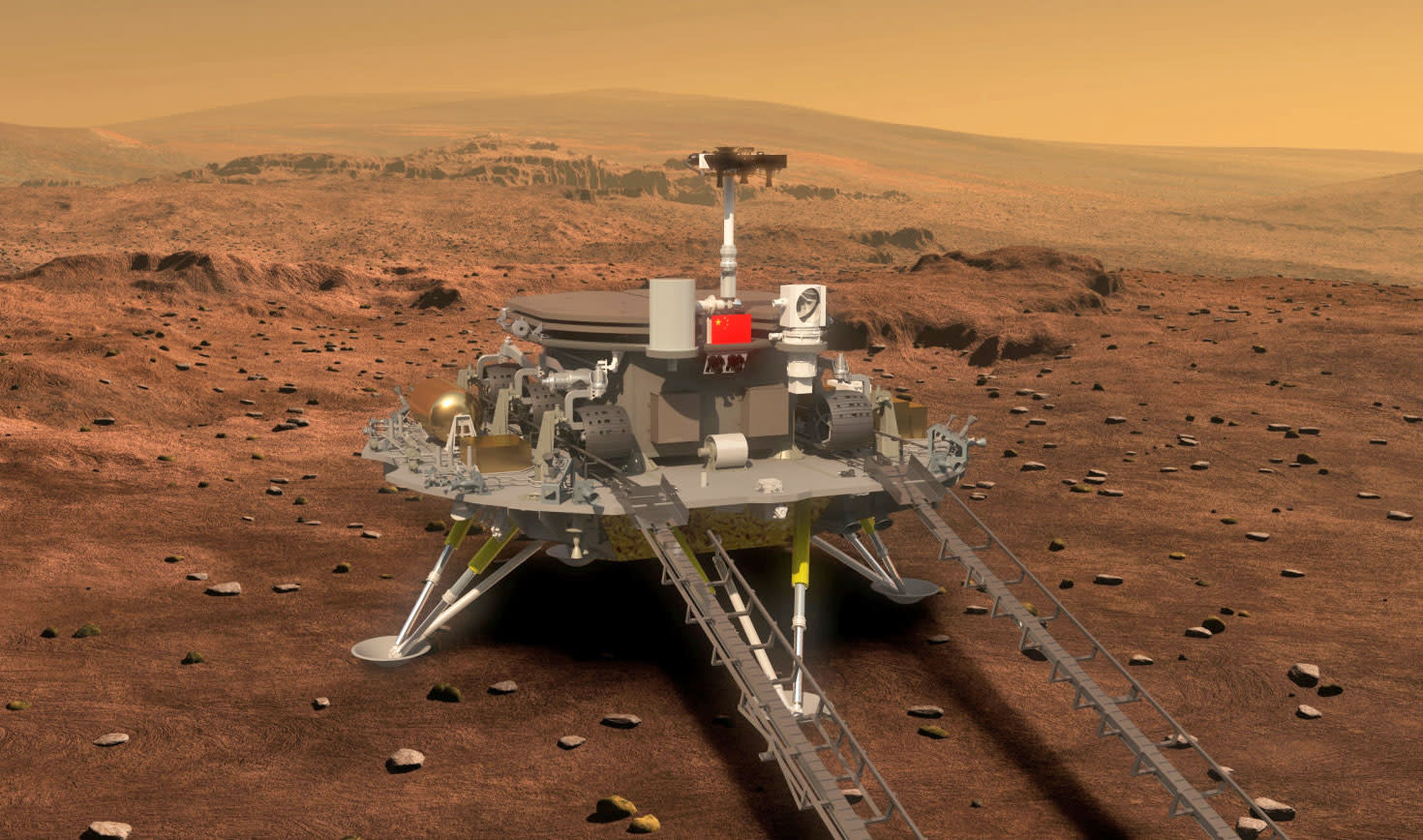 NASA's next-gen Mars rover might not be the only space vehicle heading to the red planet in 2020. China is apparently planning to deploy a rover of its own by July or August 2020, and the country has just released some mission details and computer-generated images (see above for one) to the public. According to state-run publication Xinhua, mission chief Zhang Rongqiao revealed during a presscon in Beijing that the rover will be ferried to space by a Long March-5 carrier rocket. Seven months after liftoff, the lander will break free from the orbiter to make its way to the planet's equator where the rover will begin its journey.

China has been aggressively expanding its space program in recent years. It launched the Chang'e 3 mission back in 2013 that carried its Yutu rover, which lasted for two years when it was supposed to last only for three months, to the moon. The country also launched a quantum satellite in mid-August to enable hack-proof communications.

The six-wheeled rover it's blasting off to space in 2020 will be larger than Yutu at 441 pounds. It will be equipped with 13 different instruments, including a radar that can drill into the ground and a remote-sensing camera, to take a closer look at the Martian soil and environment. Like Yutu, it's only supposed to gather and beam back data for three months, though it could also last a lot longer than that.

In this article: 2020, china, mars, rover, science, space
All products recommended by Engadget are selected by our editorial team, independent of our parent company. Some of our stories include affiliate links. If you buy something through one of these links, we may earn an affiliate commission.