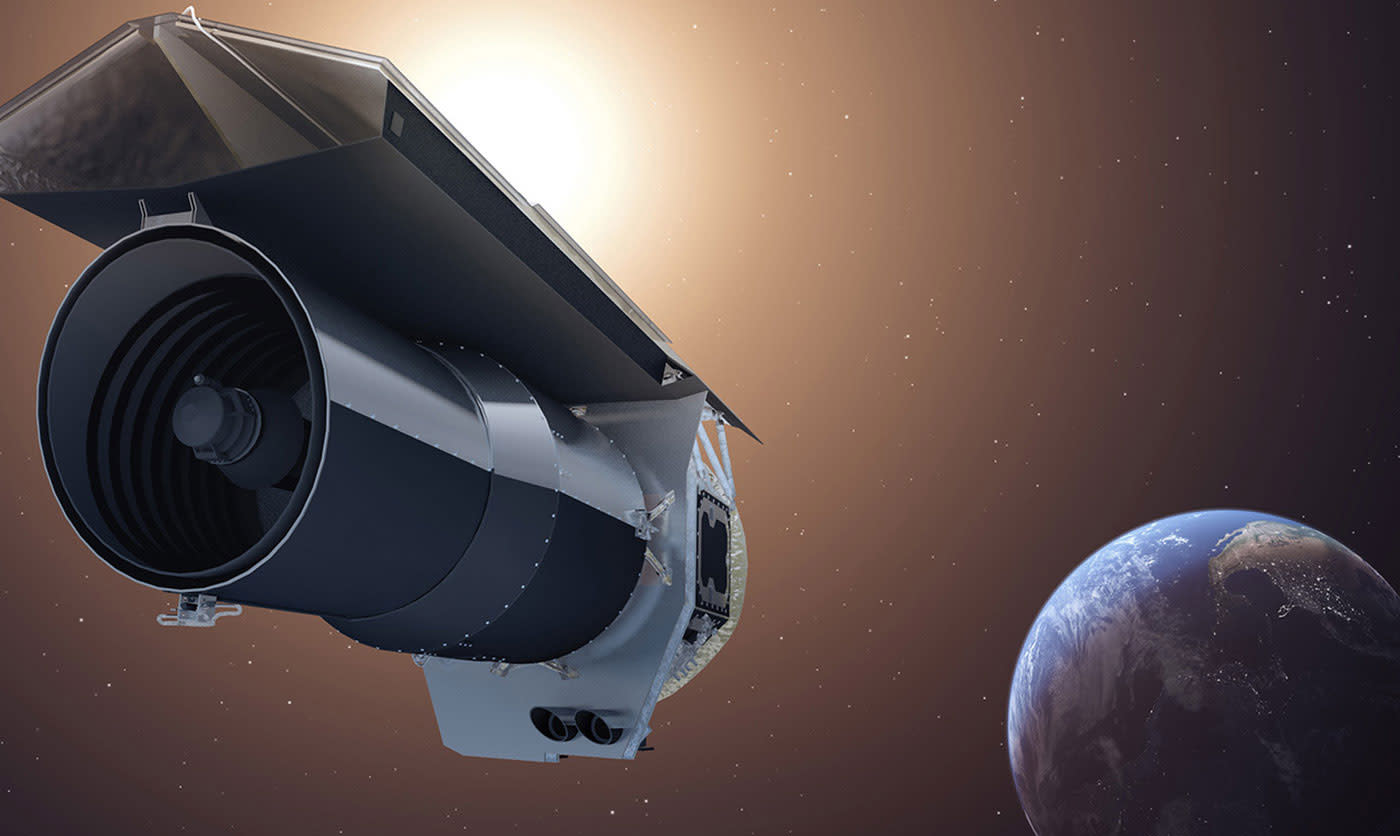 When the Spitzer telescope blasted off to space on August 25th, 2003, NASA didn't think it would still be doing science by 2016. But since it's alive and well 13 years later, the agency has granted it a two-and-a-half-year mission extension to make discoveries the astronomers "never imagined exploring with the spacecraft." The space telescope's next stage officially called the "Beyond phase" will begin on October 1st this year. It represents a period in the elderly spacecraft's life fraught with engineering challenges due to its age.

First, since Spitzer travels slower than our planet, it's now in a less-than-ideal position to continue communicating with its ground team. To make up for that, its antenna should always be pointed at higher angles toward the sun, which is risky, because the spacecraft is sensitive to heat. That's also an issue since that would turn its solar panels away from the sun. Using energy until it's almost depleted because the solar panels can't absorb that much power will put great strain on the telescope's batteries.

Spitzer's mission has transformed over time, especially afer the helium coolant that was keeping its main scientific instruments cold ran out. Thankfully, its Infrared Array Cameras (IRAC) survived, so the agency has been using them to hunt for exoplanets and even early galaxies. "We never even considered using Spitzer for studying exoplanets when it launched," NASA Spitzer's Sean Carey said. "It would have seemed ludicrous back then, but now it's an important part of what Spitzer does." The telescope will continue what it's been doing these past three years and will identify targets that its successor, the James Webb telescope, can observe more closely. James Webb -- and its primary mirror that's more powerful than Hubble's -- is slated to launch in October 2018. In this article: hubble, jameswebb, nasa, science, space, spitzer, telescope
All products recommended by Engadget are selected by our editorial team, independent of our parent company. Some of our stories include affiliate links. If you buy something through one of these links, we may earn an affiliate commission.