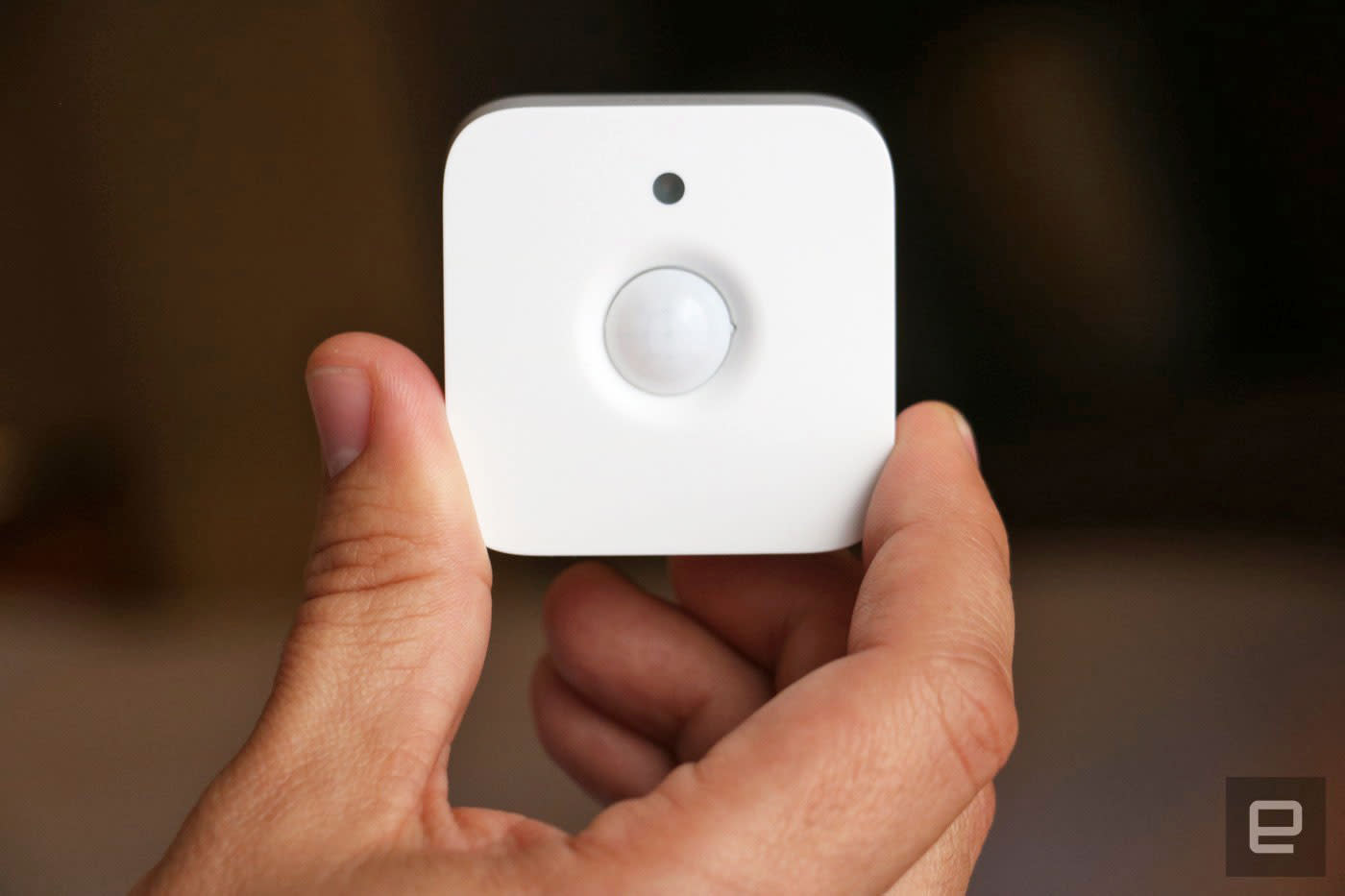 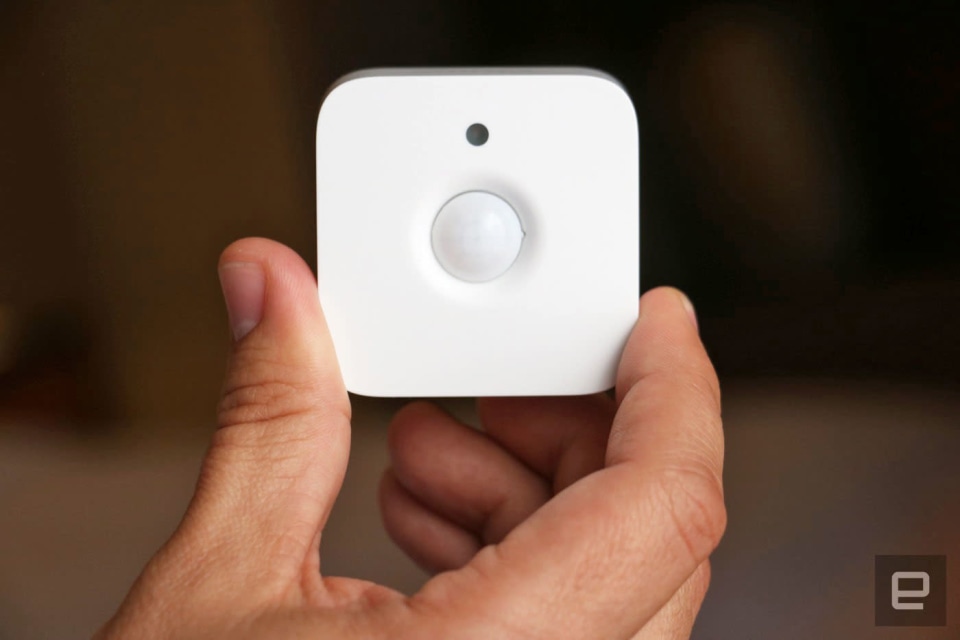 So you have your home all decked out with some sweet smart lights that you can control with your phone. Big deal. True convenience is when your lights turn on exactly when you need them to, without you even lifting a finger. And Philips' new motion sensor can help you achieve that. The $40 device will be available in October, and after my brief preview of the Philips Hue motion sensor, I can't wait till I can get one. "There are moments when you just want things to happen," said Todd Manegold, leader of Philips Lighting's connected home arm, as his team showed me around a hotel suite they had set up with the full Hue experience. Those moments include coming home from the grocery store with your arms full of shopping bags, or opening the door to a closet with a hard-to-reach switch. In such situations, any motion sensor would come in handy, activating your lights in an instant so you don't have to struggle yourself.

During my demo, I walked through a couple of dim, unlit hallways (much less sinister than it sounds) and the Hue motion sensor flipped the lights on just as I entered. The device has a 100-degree (vertical and horizontal) detection angle and a range of up to about 16 feet, which enables a pretty speedy response time.

Having the sensor isn't just useful for automatically turning the lights on when you enter a room or hallway. It can also trigger them, say, when you wake up in the middle of the night and need to go to the bathroom without fumbling for a light switch in the dark. Plus, you can use the app to set a night scene that's dimmer and easier on your sensitive, barely awake eyes. Philips had set up rows of Hue lights under a bed and along the walls, which, when set to a low brightness, lent a soft, warm glow to the room so obstacles were visible. Through the app, you can also set time limits for specific rooms so that when no movement is detected in them for more than the dictated period, the sensor will turn them off. This way, you can set longer allowances for living or bedrooms where you'll need lights to remain off despite little activity in the room, and shorter durations for places such as the kitchen or garage.

Philips is by no means the first to create a motion sensor for the smart home, but its product integrates and sets up easily within its popular family of lights, making it more useful for those who already own Hue bulbs. The company also announced a new, smaller variant of its White Ambiance bulb, as well as a new generation of its White Ambiance and Color lights that offer richer greens and blues than before. Now, you can better enjoy all of the lights in all of the colors.

In this article: gadgetry, gadgets, gear, home, MotionSensing, MotionSensor, philips, PhilipsHue, SmartHome, smartlight, SmartLighting
All products recommended by Engadget are selected by our editorial team, independent of our parent company. Some of our stories include affiliate links. If you buy something through one of these links, we may earn an affiliate commission.