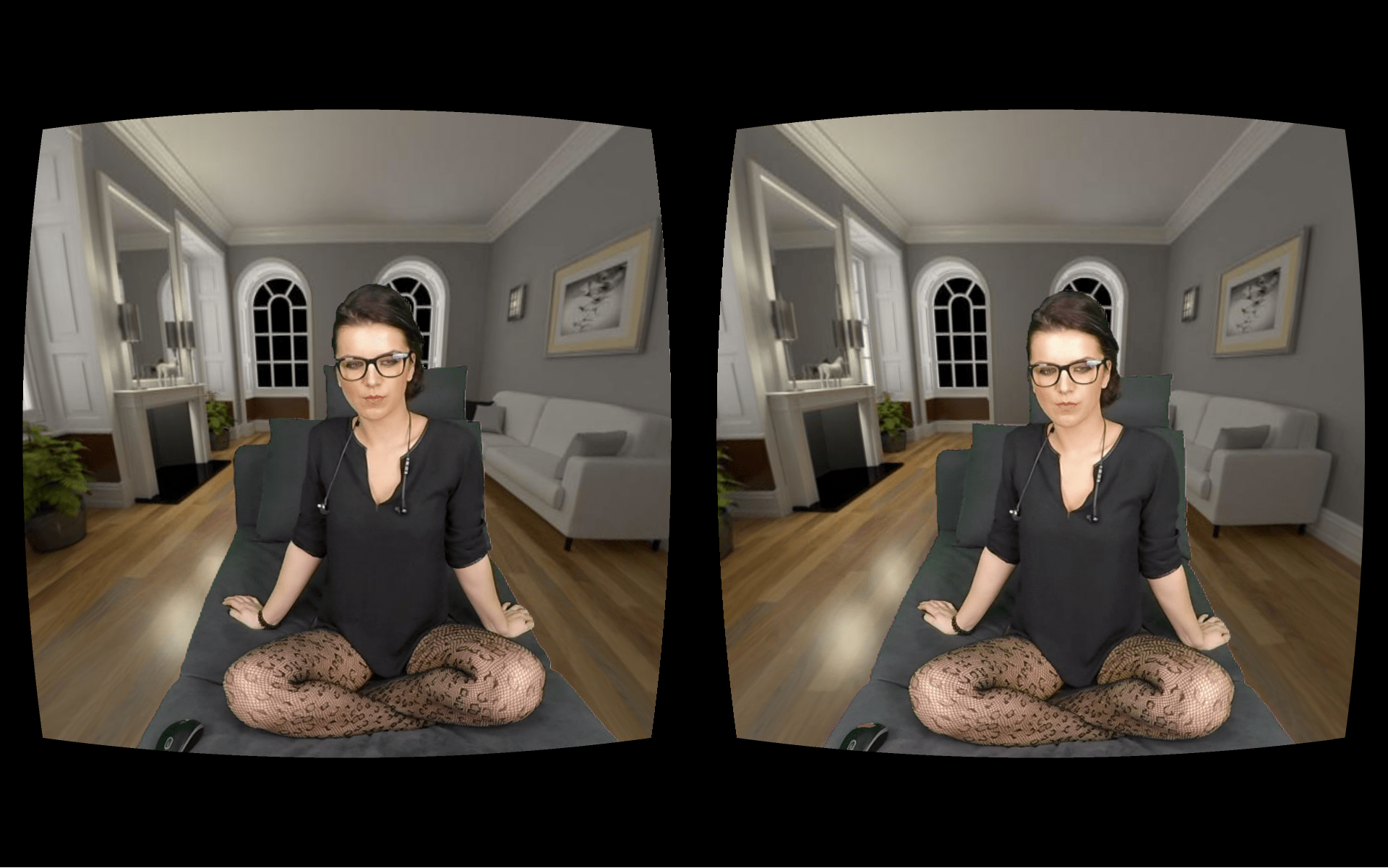 AliceX is a new service that seeks to offer companionship with real models through its virtual reality streaming service.

The new site, which opened today, aims to provide the "virtual girlfriend experience" to anyone with a computer or phone, the internet, and VR headset. Essentially, it's a 24-hour cam site staffed by models acting as "girlfriends" for each patron who signs on.

Unfortunately, judging by the pack shots provided by AliceX's PR team (seen above), it seems as though it may be marred by low-quality 3D backgrounds that hardly look appropriate for each model or their surroundings. Why not just let users interact with the models in their own environment such as a bedroom or literally anywhere instead of rendering it instead?

If you decide to give the service a try, new users who sign up right now are being entered into a contest to win a "starter bundle" that comes with a Zeiss VR One headset and 30 free minutes with a girl of their choice. Additional winners will be drawn once a week going forward.

AliceX plans on implementing Oculus Rift support in the future, though right now you'll need to use a smartphone running Android 5.0 or higher. If you use an iPhone you'll have to opt for the browser experience instead, as AliceX states that "iOS technology" hasn't yet been "updated" to support the service.