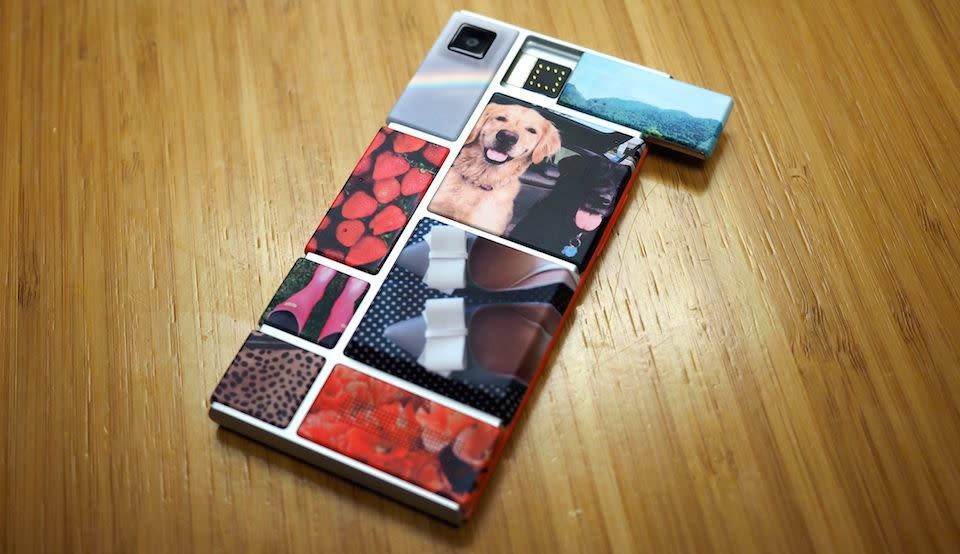 Google's big plans for Project Ara might never pan out. According to Reuters, the big G has decided to shelve its modular phone initiative. Earlier this year, the company said it will be releasing a developer phone with interchangeable components in the fourth quarter of 2016 ahead of a consumer version scheduled for 2017. Alas, that might no longer happen.

Mountain View is reportedly suspending Ara "as part of a broader push to streamline the company's hardware efforts." It'll be tough releasing a consumer version of a phone with interchangeable components, after all, even though the latest prototype isn't as customizable as Motorola originally envisioned. (To note, Google chose to keep Project Ara when it sold Motorola to Lenovo.) The company will have to manufacture not just the units themselves, but also the modular speakers and cameras that people can swap out.

Those same sources said Google's modular phone dream might not be completely dead, though. The company could still license out Project Ara's technology to other phonemakers, which could eventually and finally release a version we can buy.

In this article: gear, google, mobile, projectara, reuters
All products recommended by Engadget are selected by our editorial team, independent of our parent company. Some of our stories include affiliate links. If you buy something through one of these links, we may earn an affiliate commission.