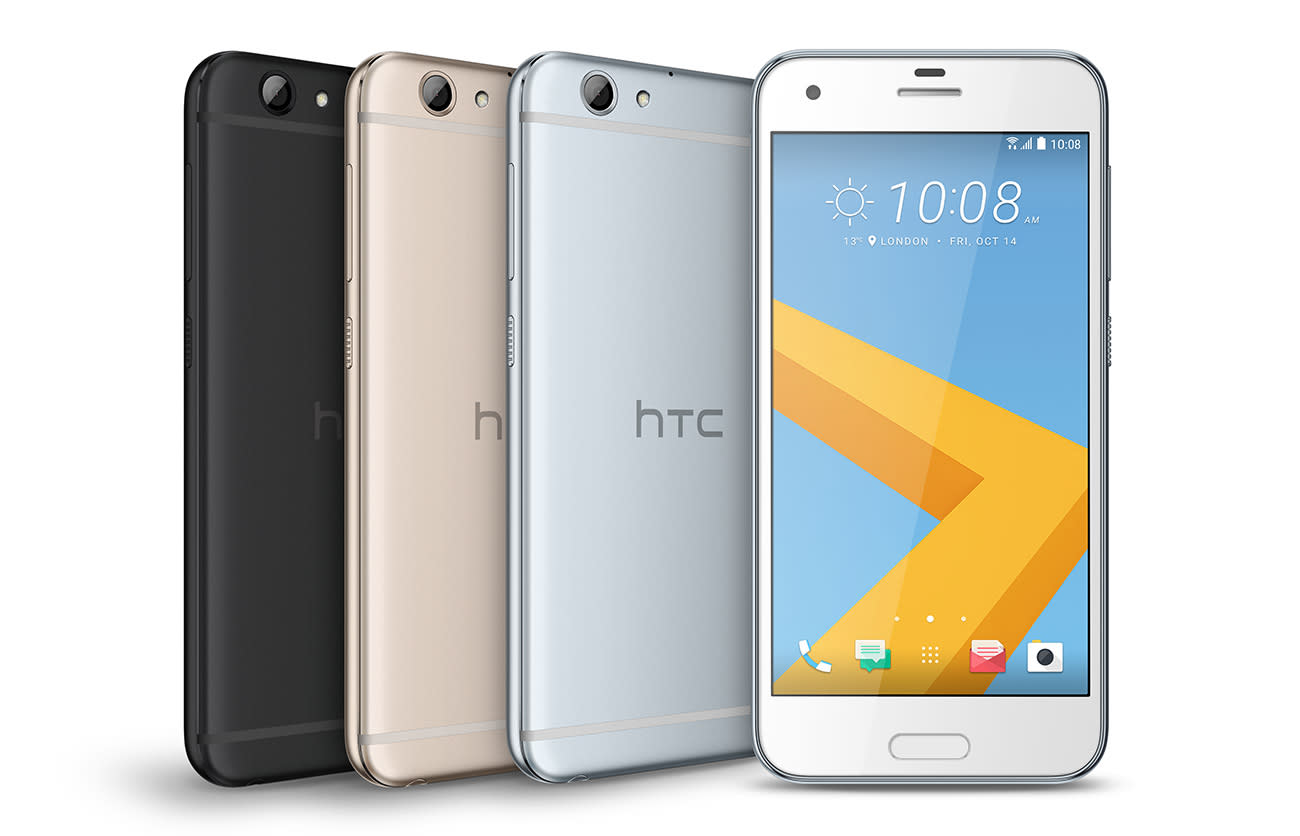 Last year we were left impressed with HTC's premium mid-range One A9 smartphone: It was a good-looking phone with great build quality and great battery life, plus it was one of the first to ship with Android Marshmallow. It was apparently so "well received" that HTC decided to release a follow-up model. The new and supposedly more affordable One A9s features a near-identical metallic design plus the same fingerprint sensor on the front, with the main aesthetic changes being the earpiece is now shorter, the proximity sensor is in the middle and the front HTC logo is gone. Eagle-eyed folks will notice that the old 5-inch 1080p AMOLED display is now just a 720p Super LCD, so it better be a noticeable price drop.

The cost-cutting doesn't stop there. The 13-megapixel main camera here has gone from f/2.0 to a slower f/2.2 (it's likely no longer using the same nice Sony sensor) and lacks optical stabilization, but still comes with RAW support; whereas the old UltraPixel front camera is now just an ordinary 5-megapixel imager. The old Snapdragon 617 has been replaced with MediaTek's octa-core Helio P10 (8x Cortex-A53), but it's hard to tell whether this is an upgrade or a downgrade just yet. At least we know that we'll still be getting Cat 6 LTE and NFC here, just no 802.11ac WiFi.

In this article: a9s, android, gear, heliop10, htc, ifa2016, mobile, onea9s, smartphone
All products recommended by Engadget are selected by our editorial team, independent of our parent company. Some of our stories include affiliate links. If you buy something through one of these links, we may earn an affiliate commission.