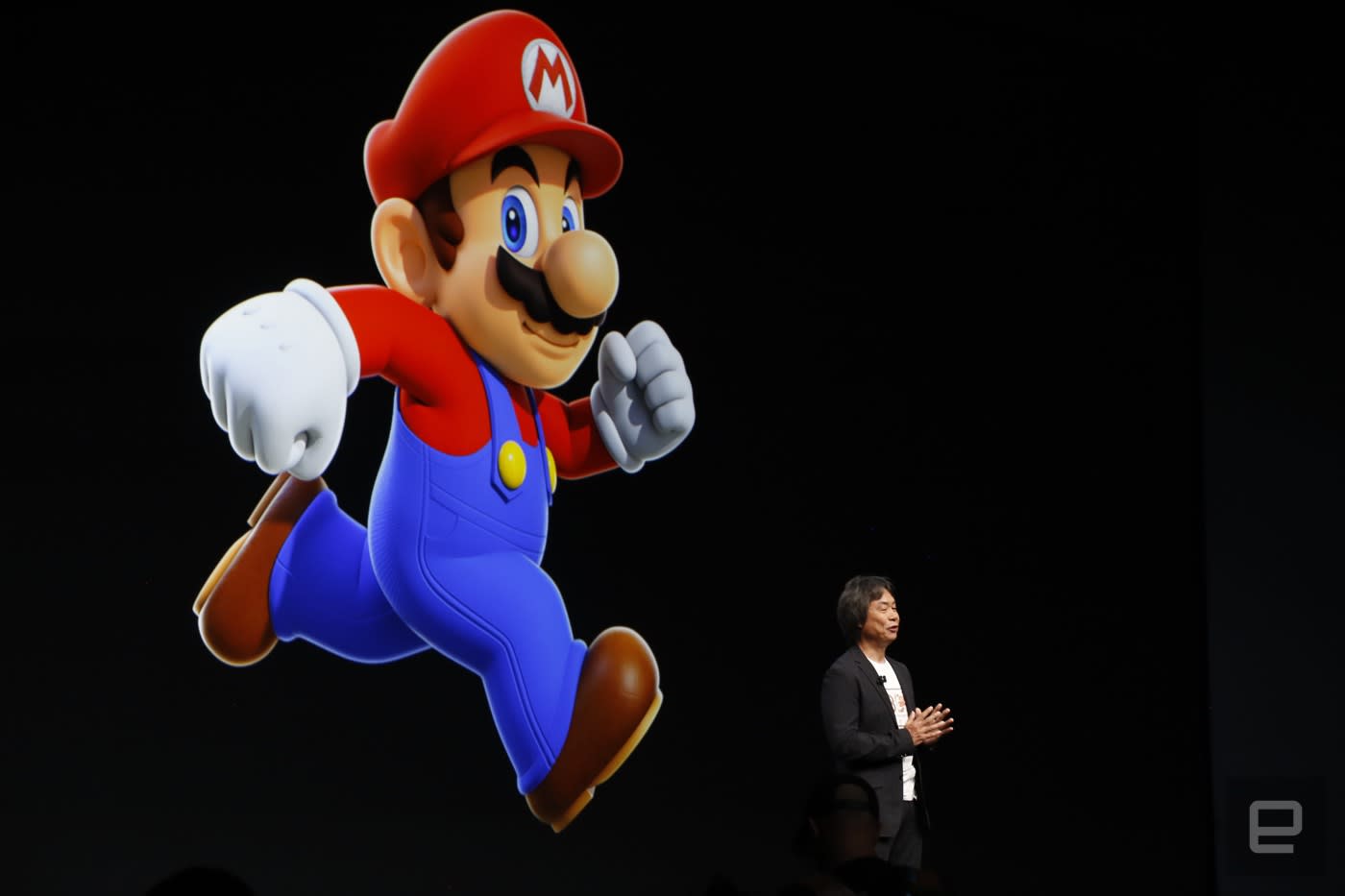 Nintendo legend Shigeru Miyamoto showed up on the Apple stage today to reveal Super Mario Run, an iOS game starring everyone's favorite red-hatted plumber. Super Mario Run is the first Nintendo title to launch as a stand-alone smartphone game, aside from the social-focused app Miitomo. It's due to hit iOS in December, and you can sign up to be notified when it goes live via iTunes. Players will be able to try a portion of the game for free, but the full experience will come at a set price. Super Mario Run stars Mario as he leaps across familiar brick-lined landscapes and platforming levels. It's an endless runner, meaning Mario is constantly on the move. Tap to make Mario jump; the longer you hold your finger down, the higher he flies. Players are able to change Mario's direction and control his movements with the timing of their taps as well. The goal is to grab as many coins as possible and reach the flagpole before time runs out.

Last year Nintendo announced that it would dive into the mobile game market, with four titles planned before March 2017. The company denied for years that it would make smartphone games. Next up, Nintendo is preparing to release Fire Emblem and Animal Crossing mobile games before its 2017 deadline.

Update: Super Mario Run is also heading to Android in the future, a Nintendo spokesperson tells Kotaku, but it's hitting iOS first.

In this article: apple, gaming, iPhone7Event, mobile, nintendo, TLMarioMobile
All products recommended by Engadget are selected by our editorial team, independent of our parent company. Some of our stories include affiliate links. If you buy something through one of these links, we may earn an affiliate commission.