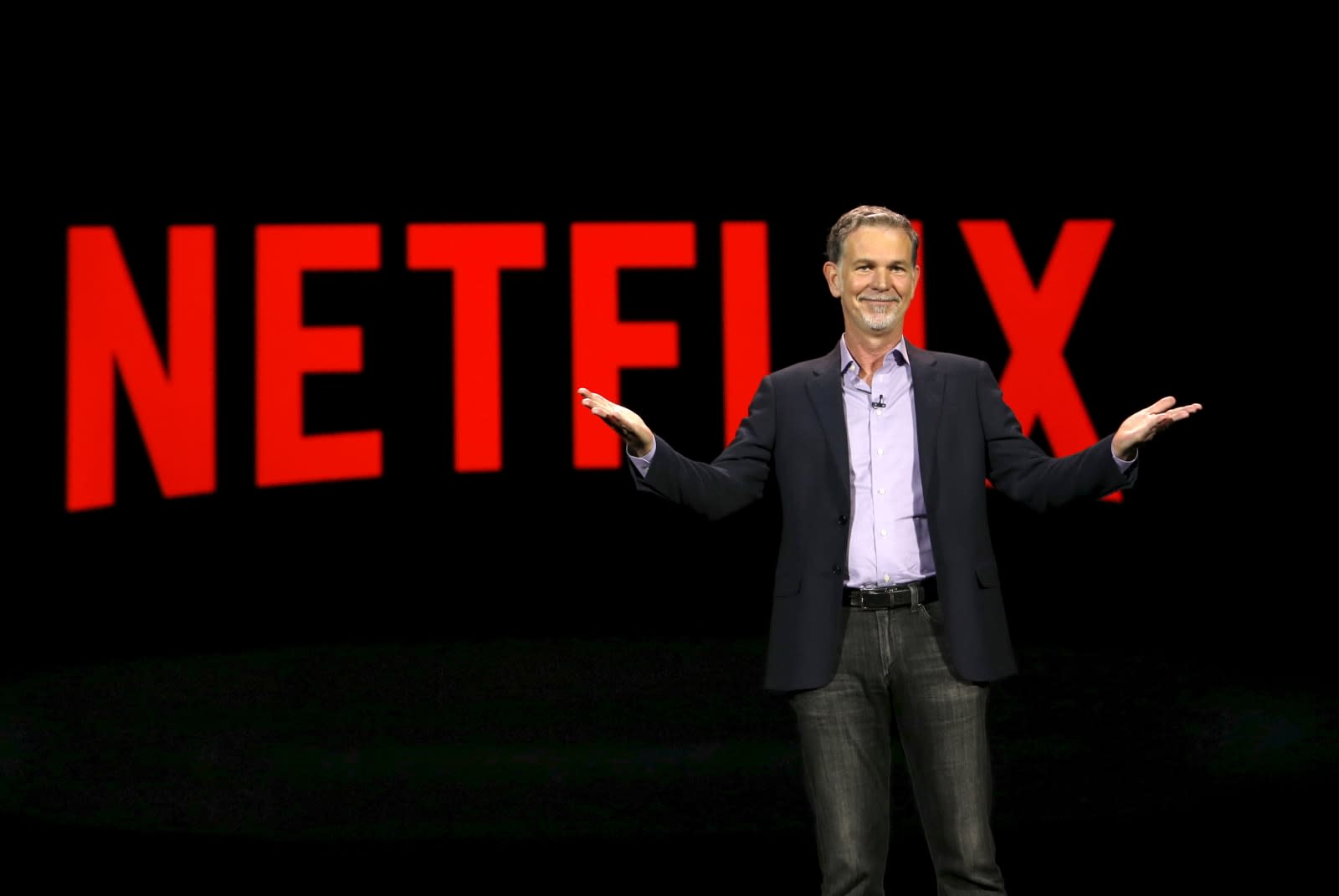 Like most people, the execs at Netflix think data caps on home internet service are unreasonable. Unlike most people, however, Netflix has a directly line to the Federal Communications Commission and the company has asked the agency to reject those data caps on the basis that they limit individual consumers' ability to watch video online.

According to Ars Technica, that's the gist of a filing that Netflix submitted to the FCC last week during a review of the Telecommunications Act. The review is a mandated part of the act and is meant to ensure that new technologies are rolled out to regular citizens in a reasonable way. If something like high-speed internet isn't reaching the people in a timely fashion, the FCC actually has the power to force providers to hurry it up. In this case, however, Netflix is claiming that data caps are essentially blocking access to unfettered video streaming.

"Data caps (especially low data caps) and usage-based pricing ('UBP') discourage a consumer's consumption of broadband, and may impede the ability of some households to watch Internet television in a manner and amount that they would like," Netflix wrote. "For this reason, the Commission should hold that data caps on fixed-­line networks ­­and low data caps on mobile networks­­ may unreasonably limit Internet television viewing and are inconsistent with Section 706."

On the one hand, cable companies often use data caps as a way to limit streaming video and push viewers back onto their own TV service -- a practice that Netflix claims is discriminatory and creates an incentive for ISPs and cable providers to keep their data caps low. On the other hand, Netflix obviously has a lot to gain by making sure everyone has unlimited access to all the Stranger Things they can binge on. Netflix also argued that a 300GB monthly cap on home internet service is barely enough for the average user in the US, even before you factor in non-video use like gaming or even standard web browsing. "Today's 'above-average' Internet consumer is tomorrow's average Internet consumer," Netflix wrote.

Still, it is currently unclear how much power the FCC actually has to remove or raise data caps in this situation. In the past, the FCC has invoked the same Section 706 in order to boost the minimum broadband speeds, but more recently the Commission lost out on its attempt to protect municipal broadband service. For their part, the National Cable & Telecommunications Association responded that factors like "broadband subscription, performance consistency, and usage allowances" were "only tangentially relevant to broadband deployment or availability" and thus not covered by Section 706.

In this article: av, business, culture, FCC, internet, isp, netflix, netneutrality
All products recommended by Engadget are selected by our editorial team, independent of our parent company. Some of our stories include affiliate links. If you buy something through one of these links, we may earn an affiliate commission.