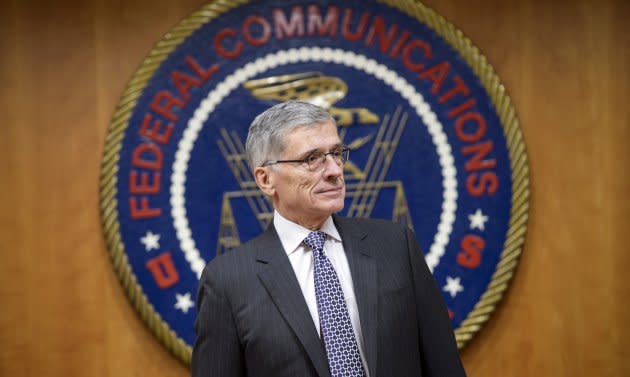 It used to be that a paltry 4 Mbps down and 1 Mbps was all it took for an internet connection to be considered "broadband," but the Federal Communications Commission has just flipped that definition on its ear. FCC commissioners voted 3-2 in favor of upping the broadband threshold, and pretty dramatically too: Now service providers will have to offer speeds of 25 Mbps down/3 Mbps up if they want to apply that label. Need a little perspective? The average American home broadband connection pulls down around 11 Mbps, while some 17 percent of Americans technically don't have broadband internet anymore.

Naturally, cable and internet service providers aren't going to be thrilled. Just last week, a lawyer for the National Cable & Telecommunications Association urged the commission not to fiddle with the standard broadband requirements because outspoken proponents for the change (in this case, Netflix and Public Knowledge) are overestimating what makes sense to provide to consumers. If this increase is all it takes to get those companies riled up, they're probably none too pleased with some commissioners' blue sky thinking. After all, FCC Commissioner Jessica Rosenworcel stated today that she thinks the broadband threshold "frankly, should be 100 Mbps" -- a move that would finally put the United States in line with the speedy connections available in countries like South Korea. According to the 2014 State of the Internet report issued by Akamai, Korea tops the global charts with an average download speed of 23.6Mbps (which worked out to about six times the world average).

Here's the thing to remember about the FCC: It doesn't have the power to ring up Comcast, Verizon, Time Warner and all of their money-grubbing ilk to say "make your internet faster or else!" All it did was change what counts as "broadband" internet -- from here on out, it's up to service providers to change how they play the game. Of course, that's not to say that the FCC lacks the authority to prod some of those more reticent players into action; CNBC points out that the commission could use these updated rules to help decide how it grants and divvies up subsidies to internet service providers that are meant to spur broadband expansion.

In this article: broadband, FCC, internet, policy
All products recommended by Engadget are selected by our editorial team, independent of our parent company. Some of our stories include affiliate links. If you buy something through one of these links, we may earn an affiliate commission.