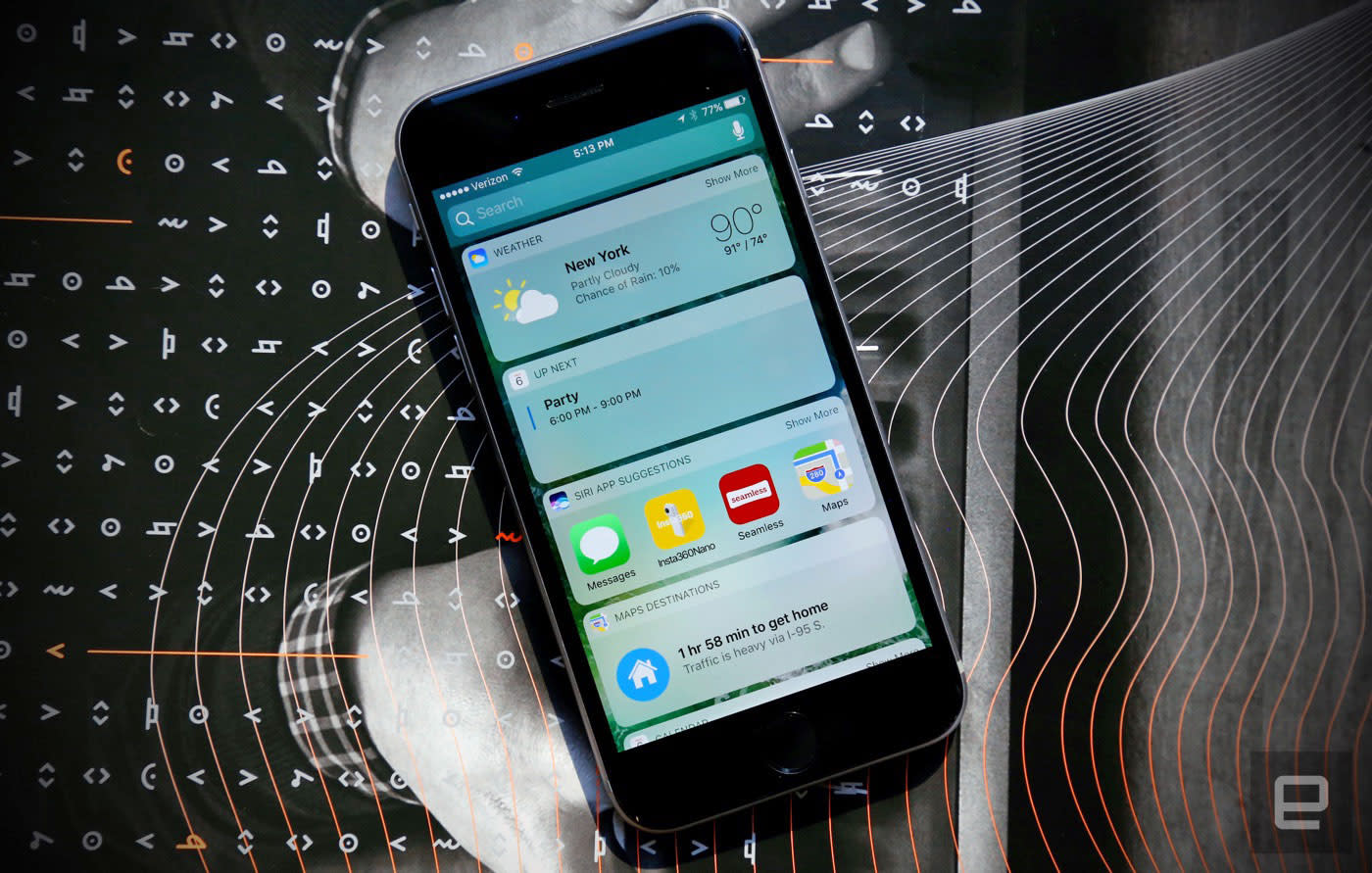 You no longer have to be a guinea pig to give Apple's latest software upgrades a try -- as promised, the Cupertino crew has released the finished versions of iOS 10 and watchOS 3. As before, iOS' biggest improvements are in communication -- Messages gets apps, hand-drawn images, secret messages and stickers (among many other additions), while Siri now offers you control over third-party apps. You'll also see major interface revamps in Maps (which now offers proactive suggestions) and Music, a Home app to manage smart household gadgets, lock screen widgets and wider use of 3D Touch on supporting hardware.

As for watchOS 3? It's nothing less than a major rethink of the platform. Your favorite apps will not only load much faster (as they're stored in memory), but the side button has changed from its original focus on contacts to bringing up favorite apps. You can also hand-draw replies, quickly access common settings and share activities to get some extra motivation. A Breathe app reminds you to relax, and iOS 10's Home app gets a wrist-worn counterpart.

And Apple TV fans, you're included too... although the upgrades aren't as dramatic. The newly launched tvOS 10 update primarily introduces a dark mode for those late-night movies, a single sign-on to spare you from signing into umpteen services and Siri voice search for YouTube. You'll need a fourth-generation Apple TV to see any of these differences.

In this article: apple, appletv, applewatch, gear, ios, ios10, ipad, iphone, ipodtouch, mobile, smartphone, smartwatch, tablet, tvos, tvos10, update, upgrade, wearables
All products recommended by Engadget are selected by our editorial team, independent of our parent company. Some of our stories include affiliate links. If you buy something through one of these links, we may earn an affiliate commission.