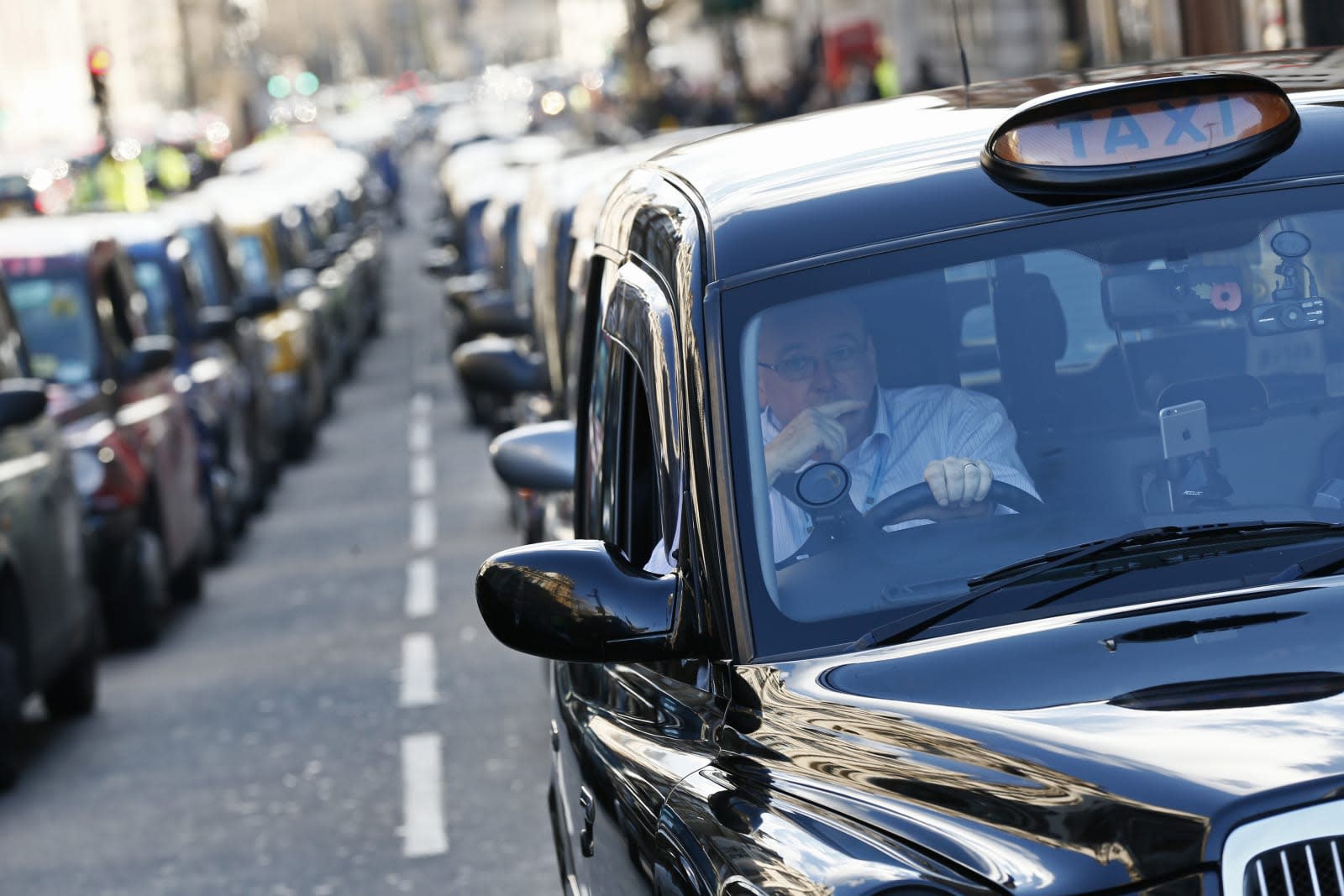 It's no secret that London's black cab trade has suffered as Uber's popularity has grown, but Mayor Sadiq Khan has further plans to level the playing field. As part of new proposals geared towards supporting the capital's iconic Hackney carriages, Khan wants to integrate black cab info into the Transport for London (TfL) journey planner by next summer. While it's likely you'll still have to use services like Gett, Hailo, or the old-school wave to hail them, it would increase awareness of this option and highlight potential time savings over public transportation.

Increasing the number of taxi ranks from 500 to 600 by 2020, opening up more bus lanes to black cabs, and recognising The Knowledge as a formal qualification (possibly allowing drivers to apply for study loans) also form part of the proposals. Bearing in mind any newly registered black cab must be zero-emissions capable from January 1st 2018, Khan is suggesting several-thousand-pound grants to encourage the purchase of such vehicles, too. A TfL-financed EV charging network reserved exclusively for these greener taxis is expected to further support their adoption.

None of the proposals have any direct impact on the private hire industry, but Uber has decided to have a moan anyway. The ride-hailing service has yet again sent an email out to some users (as well as publishing an accompanying blog post), calling on them to lobby Khan to revisit new private hire regulations -- and, once more, Uber will even go to the trouble of drafting an email to that effect on your behalf.

While black cabs are getting a helping hand, TfL will soon be imposing stricter rules on private hire operators. Uber is particularly unhappy with a new English language test drivers must pass, though it has also taken umbrage with the requirement for part-time drivers to have year-round commercial insurance, and the need for operators to have a London-based call centre, among other things.

It's unclear exactly why Uber is still asking users to spam the London Mayor with pre-prepared statements, though. Uber's thoughts on the matter have been well-publicised already, and earlier this month, the ride-hailing service was granted a judicial review of many of these new regulations by the High Court, even if the scope of said review is narrower than Uber would've liked.

Update: Uber has been in touch, asking that we include the following statement from General Manager of Uber in London Tom Elvidge:

"These proposals favour black cabs and discriminate against drivers who use apps like Uber. While black cabs will get £65m from the taxpayer, the Mayor is piling extra costs and red tape onto licensed private hire drivers. This plan will cost drivers who use Uber hundreds of pounds and thousands may lose their livelihoods as a result. Fewer drivers will mean longer waiting times for passengers."

A spokesperson for the ride-hailing service also laid out Uber's side of the story in a little more detail. We've heard the general takeaway before: Uber believes TfL is effectively discriminating against drivers wanting to work for the service by making them jump through several new and expensive hoops to secure a private hire licence.

This latest development is seen as a further slap in the face, with TfL showing "clear favouritism towards black cabs," including subsidising a move to greener vehicles using taxpayer funds. Uber is also accusing the Mayor and TfL of getting too cosy with the Licensed Taxi Drivers Association (LTDA), implying the organisation played a significant role in drafting the pro-black cab plans.

In this article: blackcab, culture, london, politics, tfl, transportation, TransportForLondon, uber
All products recommended by Engadget are selected by our editorial team, independent of our parent company. Some of our stories include affiliate links. If you buy something through one of these links, we may earn an affiliate commission.