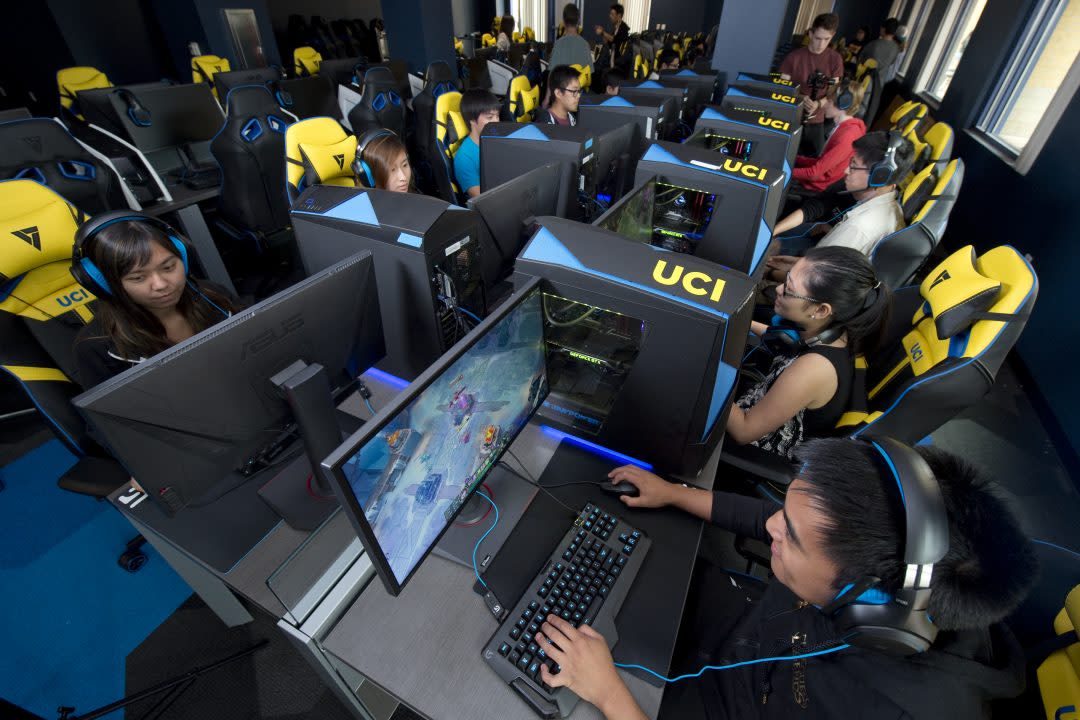 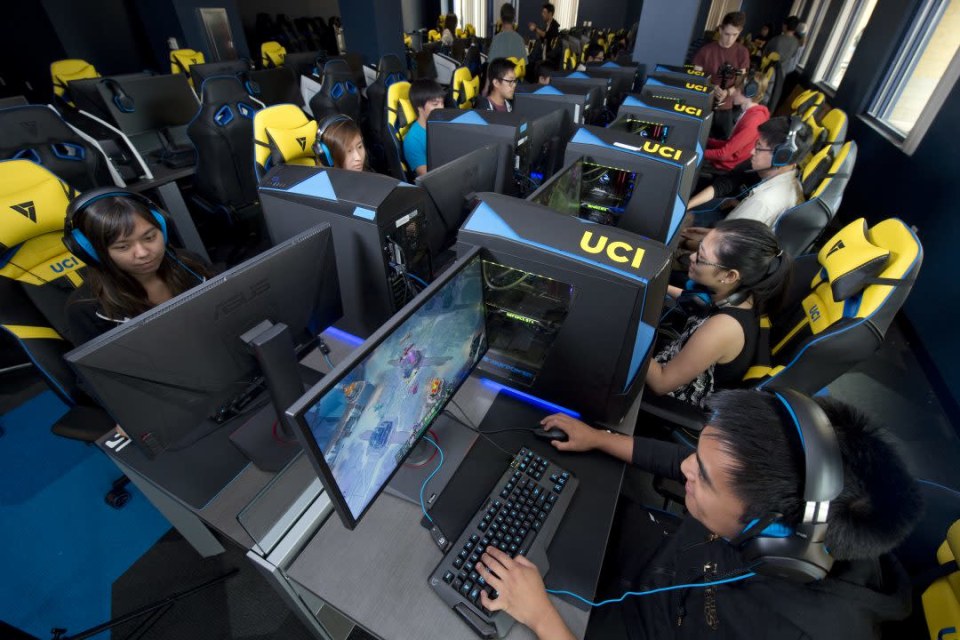 The University of California, Irvine, is serious about esports. This fall it will officially launch a competitive-gaming initiative, complete with scholarships and an already-decorated League of Legends team, and it's just finished construction on a 3,500-square-foot esports arena that's set to open Friday, Sept. 23rd. The arena is packed with 80 gaming PCs loaded with top eSports titles, a webcasting studio and viewing screens.

The arena will serve as a home base for the university's gaming community and a place for its competitive players to train. It also represents another step forward for collegiate esports across the country.

"Esports is the future of competition. Period," UCI's Acting Director of Esports Mark Deppe says. "It transcends language, geography, race, age, religion, gender identity, sexual orientation, physical ability and many other identities. In five years many more schools will official programs and more structure will be in place to regulate and provide guidance to schools. Esports also has a huge opportunity to learn from the successes and shortcomings of traditional sports and provide a model for collegiate competition in the 21st century."

Deppe hopes the arena will be 100 percent cost-neutral. UCI spent $250,000 to build it over the summer, and it will be open to the public and students for $4 an hour; UCI hopes the revenue from its hourly use will cover administrative costs. The arena will host 25 student staff members, while other students can volunteer to assist in coaching, analysis, streaming and production roles.

UCI's arena is backed by iBUYPOWER, which provided all of its gaming PCs, and Riot Games, the studio behind League of Legends. As part of its esports initiative, UCI is offering 10 scholarships, valued at $15,000 each, to its competitive League of Legends players.

The global esports market is valued at $612 million, with an audience of 134 million, according to SuperData, and it's only predicted to grow. Universities across the United States are diving into this emerging market with scholarship programs and competitive teams.

Student players bring home some real prizes when they win: Heroes of the Storm's college tournament offers the winners free tuition, while the League of Legends North American collegiate championship grants $30,000 to each winning player and $15,000 each for second place. At UCI, players get to keep any earnings from competitions.

UCI understands the significance of video games in mainstream culture, Deppe says. There hasn't been any resistance to the university's esports expansion, he says, and students have been overwhelmingly supportive.

"Many of them are gamers themselves, and those that aren't know lots of gamers and how important video games are to the campus community," Deppe says.

Still, there's work to be done. The professional esports scene is dominated by male players, coaches and commentators, and the same is true in collegiate competition.

"We think that esports has the potential to be the most-inclusive competitive environment ever," Deppe says. "However, If you look at the top professional teams, there are very few women represented."

UCI worked with Anykey.org, an organization that aims to create inclusive spaces in esports, to craft its arena rules and scholarship agreements. However, the first five recipients of UCI's League of Legends scholarships are all male. Deppe says this is because UCI is pulling in players from the top echelons of competitive gaming, which are still male-dominated.

There are five more scholarships up for grabs, and Deppe says some highly ranked women "may try out and will have a legitimate shot." The League of Legends team still needs to fill its "top" role, and tryouts are the week of Sept. 26th.

"Outside of the competitive team, UCI has a long history of women representation in our community," Deppe says. "Our arena coordinator and past president of The Association of Gamers is female. The club estimates that about 30 percent of the gaming club is female, with several [women] in leadership roles. Additionally, 50 percent of our board of advisers are women, and we're working hard to welcome ladies and underrepresented groups into the esports scene."

In this article: av, college, esports, gaming, LeagueOfLegends, personal computing, personalcomputing, ProGaming, riot, students, uci, UcIrvine, university
All products recommended by Engadget are selected by our editorial team, independent of our parent company. Some of our stories include affiliate links. If you buy something through one of these links, we may earn an affiliate commission.