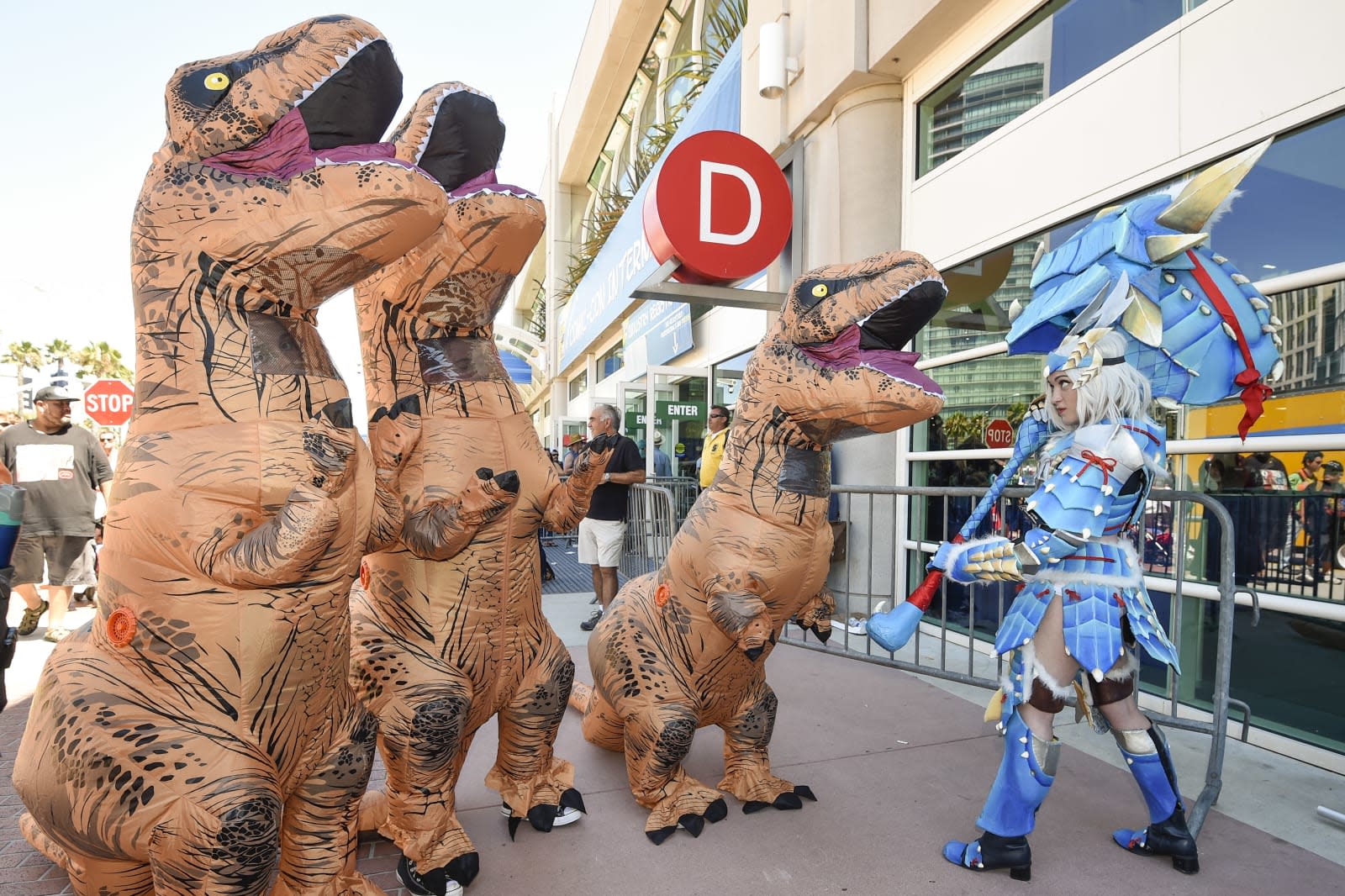 Films based on video games really don't have the best track record. From 1993's Super Mario Bros. to this year's Warcraft, these movies almost always seem to lack whatever it is that resonates with fans of the games they're based on. What's the next potentially disappointing adaptation? Monster Hunter, apparently. Speaking at Tokyo Game Show, Capcom's Ryozo Tsujimoto revealed that a live-action adaptation is currently under development.

The announcement was almost an afterthought to a new trailer for Capcom's Monster Hunter Stories, though Tsujimoto was careful to note that the two projects were unrelated. "While it isn't related to Stories," he said, "there is a Hollywood movie adaptation of the main series in progress." It's not the first time we've heard about such a project, either -- in 2012, Resident Evil director Paul W.S. Anderson showed interest in making a Monster Hunter film. There's no indication that Anderson is involved in the current film, however, and Tsujimoto didn't offer any details on director, release date or cast. Still, one more major video game franchise is heading to the silver screen. Will you see it? Tell us all about it in the comments below.

In this article: anderson, av, capcom, entertainment, film, gaming, hollywood, liveaction, monsterhunter, movies, paulanderson, Ryozotsujimoto, tgs2016, videogamemovies
All products recommended by Engadget are selected by our editorial team, independent of our parent company. Some of our stories include affiliate links. If you buy something through one of these links, we may earn an affiliate commission.