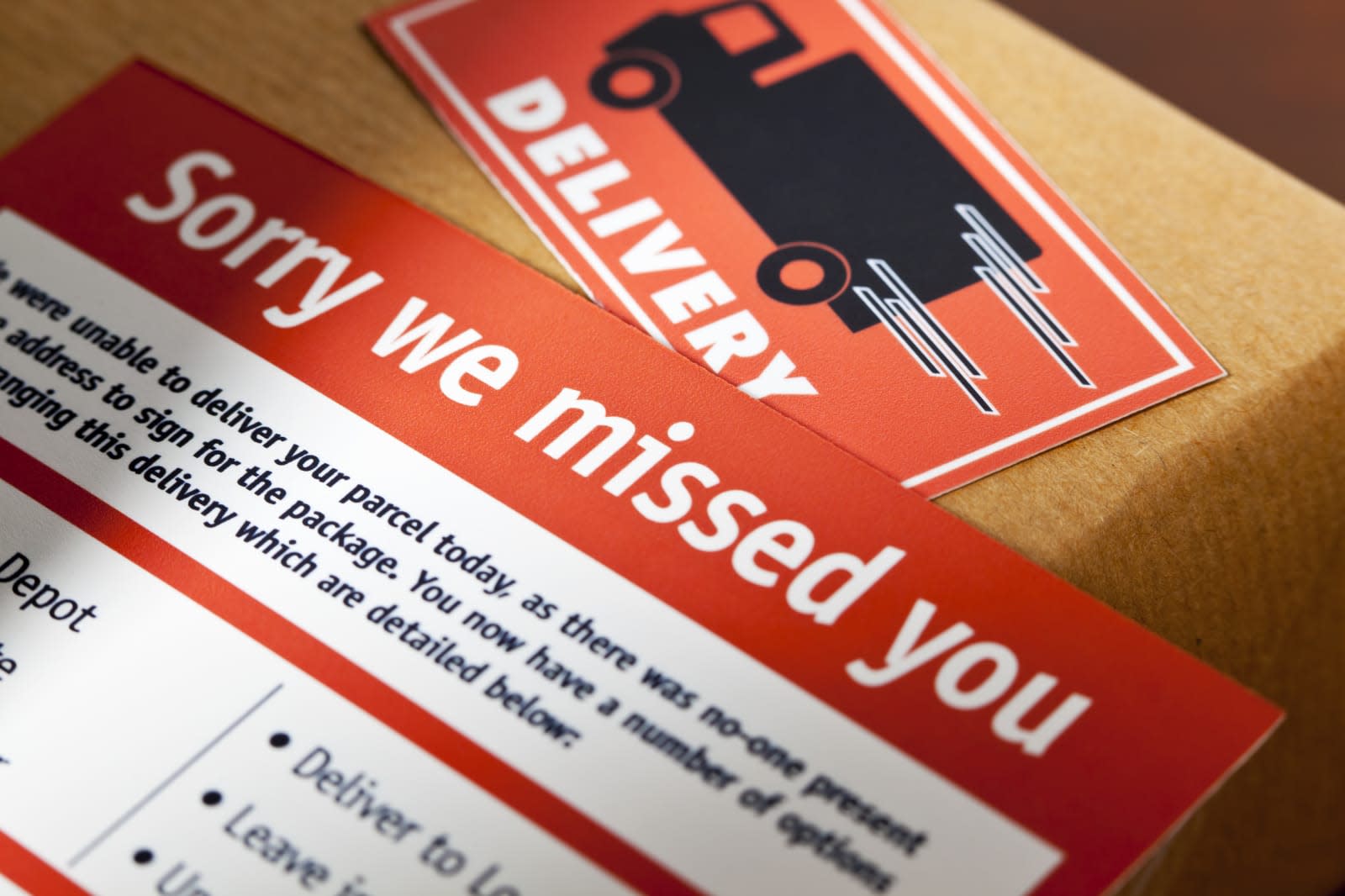 It's fairly common for the Advertising Standards Authority (ASA) to wag a finger at ISPs and mobile operators for misleading claims or poorly worded fine print. Every now and again, though, the watchdog deals with a slightly more unusual complaint. The latest company giving the ASA a headache is fibre broadband provider Hyperoptic, which is in trouble for a snail-mail marketing campaign that looked a little too similar to the cards you get through the door when you've missed a parcel delivery.

As the ASA ruling describes, the card was headed "SORRY, Your current broadband provider couldn't deliver." Alongside some seemingly handwritten info such as date and time (like you'd see on a courier's card), the list of undelivered items included movies, games, music and cat videos. Cute, but perhaps a little too clever on Hyperoptic's part, as one recipient complained to the ASA it wasn't immediately apparent the correspondence was an advert.

Despite the flipside of the card (and the envelope it was delivered in) dropping various hints by way of logos, promotional terms and various mentions of broadband, the ASA agreed it could give a confusing first impression. That was almost certainly the whole point of the campaign, of course, but a breach of advertising code is a breach of advertising code. Typical of these rulings, Hyperoptic is escaping with only a light slap on the wrist. The ASA has simply told the ISP it can't use the ad again without appropriate tweaks, and to not be so naughty in the future.

In this article: advert, advertising, AdvertisingStandardsAuthority, asa, broadband, culture, delivery, fiber, hyperoptic, internet
All products recommended by Engadget are selected by our editorial team, independent of our parent company. Some of our stories include affiliate links. If you buy something through one of these links, we may earn an affiliate commission.