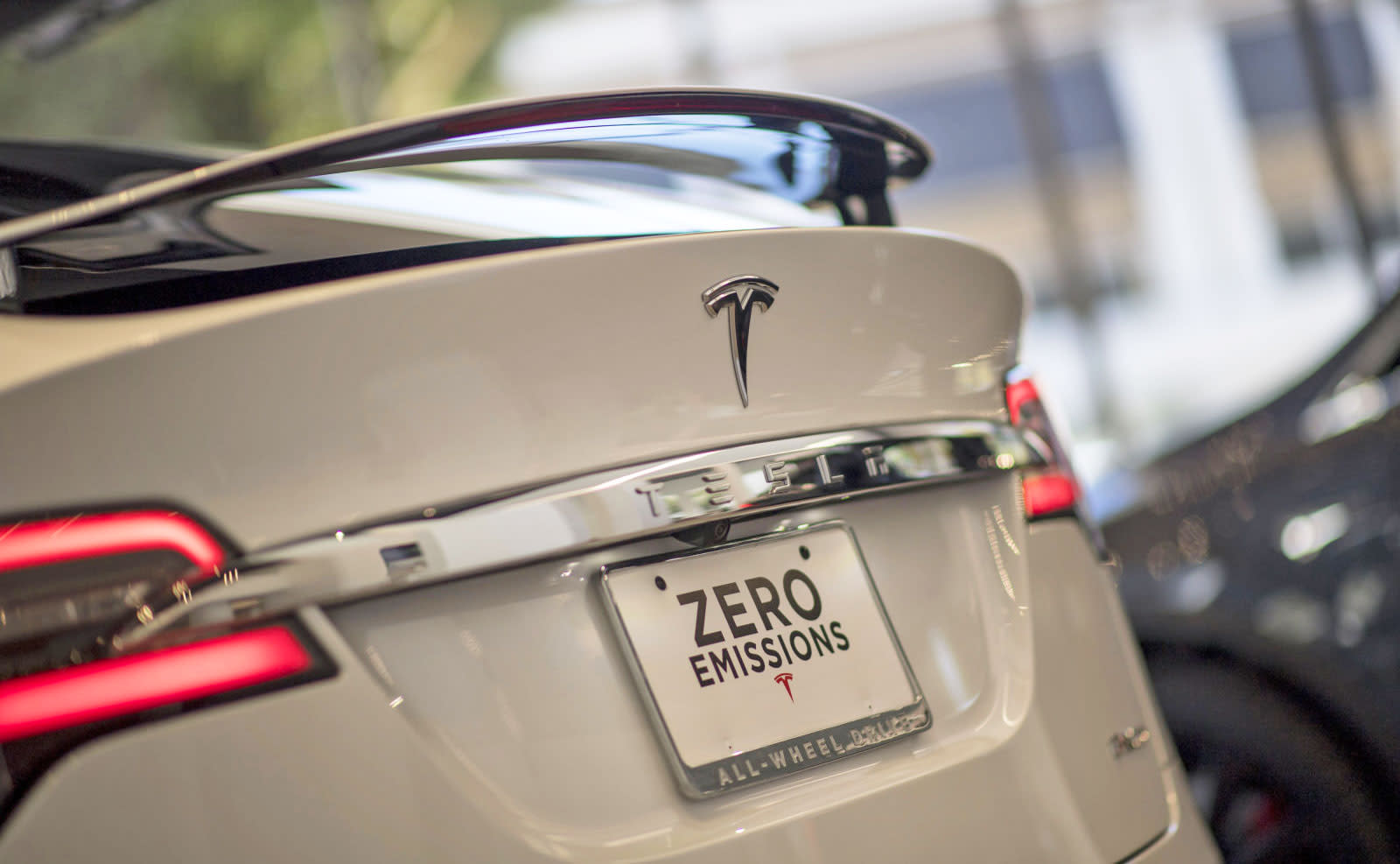 We knew Tesla was revving up and adding range to its electric vehicle lineup, but now we have the EPA's official word. The company's top-of-the-line Model S P100D is not only quickest production car in the world, but it's also the longest-running zero-emission vehicle with 315 miles of range -- narrowly beating out Toyota's hydrogen fuel-cell Mirai by just three miles.

While the Tesla might get you up to freeway speeds in a heartbeat, the Mirai will actually spend less time at the fueling station. According to fuel network True Zero, a Mirai will only spend four minutes at the hydrogen pump and, in an impressive feat of their own, the company set out to land a new Guinness World Record for most electric miles driven in a 24 hour period. By connecting the dots between True Zero's fifteen fueling stations in California (and one in Tesla's territory near Reno), the two companies put 1,438 miles on a Mirai in a single day. While that figure should do wonders for range anxiety, it still has to be confirmed by the good folks at Guinness.

In this article: gear, mirai, models, p100d, tesla, teslamodels, toyota, transportation
All products recommended by Engadget are selected by our editorial team, independent of our parent company. Some of our stories include affiliate links. If you buy something through one of these links, we may earn an affiliate commission.