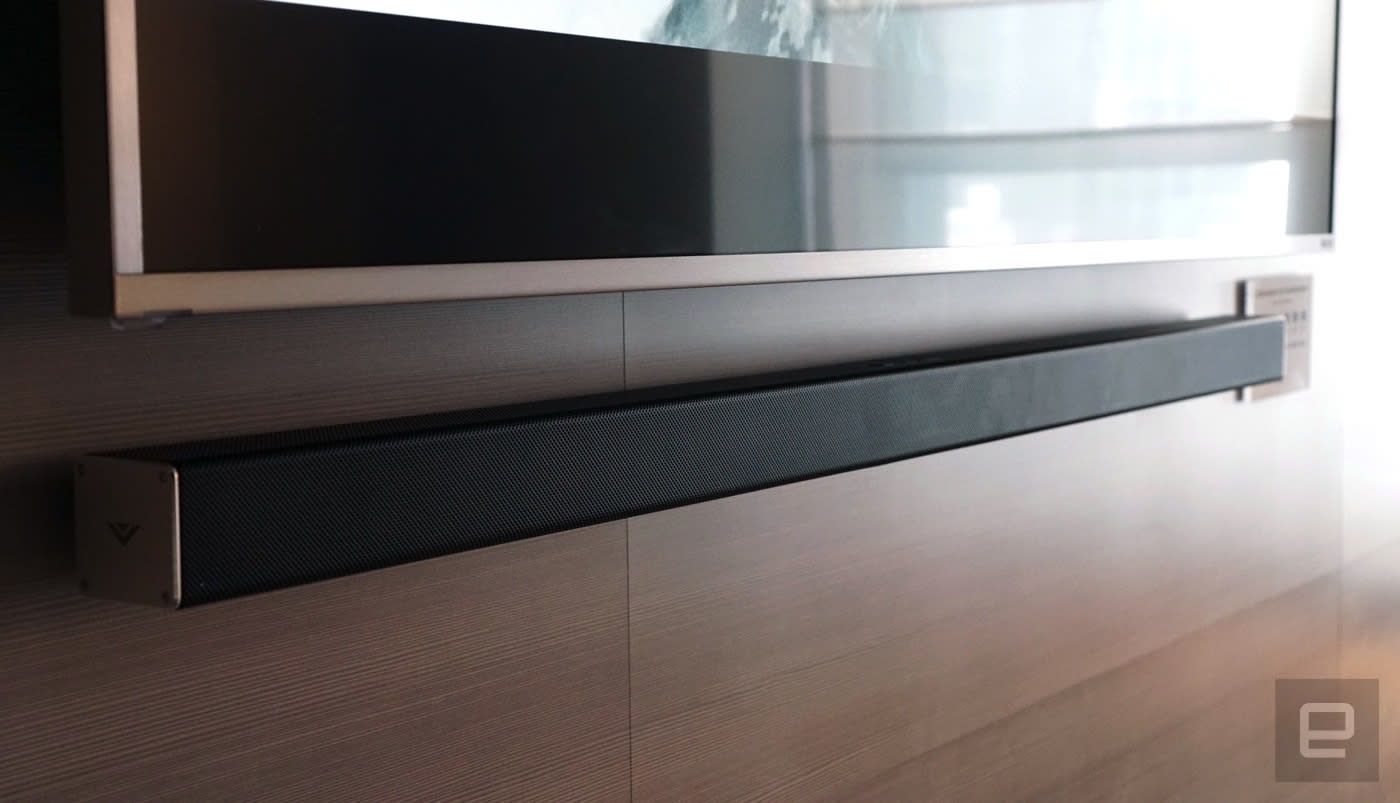 Vizio's line of SmartCast soundbars and speakers tout Google Cast for wireless audio streaming from a variety of apps. One of those apps is Spotify, a massively popular music streaming service. Unfortunately, the Cast functionality with that particular library of tunes isn't working like it should. There are a number of posts in both Spotify and Google's forums from users who say Vizio's latest soundbars don't show up as an option for Casting in the streaming app. Spotify's software isn't recognizing the speakers as available gadgets for playing music. Reports of the issue go back as far as late July, over a month after the SmartCast soundbars went on sale.

While the situation is certainly a headache for folks who already bought Vizio's audio gear, the company says a fix is on the way. "Vizio, Google and Spotify are aware of an issue on the soundbars and are working closely on improvements via a firmware update," the company told Engadget. "Once available, the product will update automatically. In the meantime, we recommend using Bluetooth when streaming from Spotify."

Bluetooth isn't the best option in terms of audio quality, but at least the secondary connectivity offers a way for owners to still use Vizio's soundbars with Spotify in the interim. Vizio doesn't have a timeline for when the fix will be available, so Bluetooth may be the only option for using that particular music service for the foreseeable future. Users report that Cast functionality works well in other audio apps, so the issue appears to be limited to using Spotify with Vizio's group of soundbars. The company didn't mention any issues with the recently released Crave 360 speaker that went on sale earlier this month.

In this article: app, av, cast, gear, googlecast, issue, smartcast, software, soundbar, speakers, spotify, vizio
All products recommended by Engadget are selected by our editorial team, independent of our parent company. Some of our stories include affiliate links. If you buy something through one of these links, we may earn an affiliate commission.