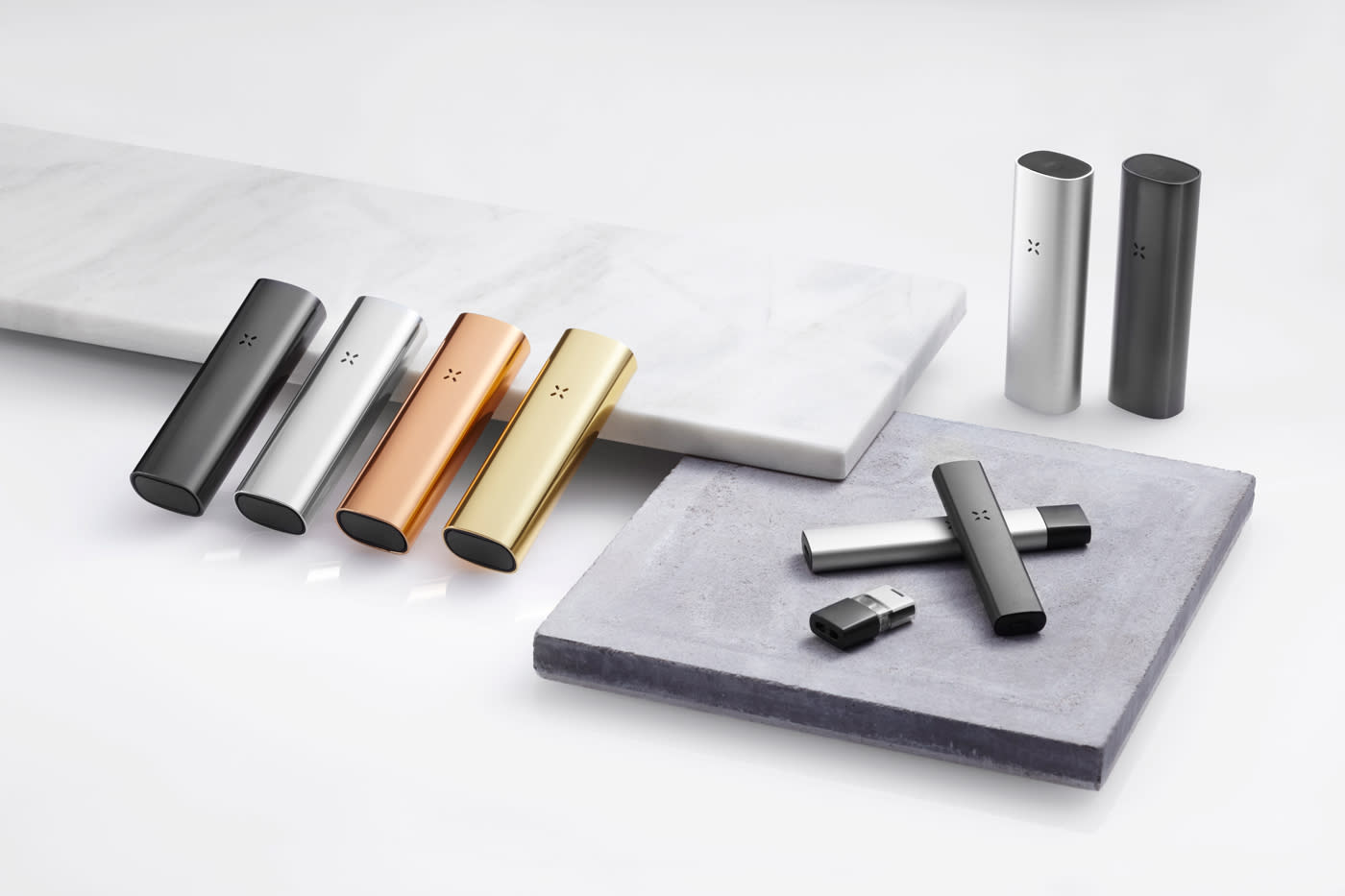 Since the introduction of its original Pax vaporizer in 2012, Pax Labs (formerly Ploom) has been making a name for itself as one of the most intuitive and user-friendly vaporizers on the market. Less than a year after the introduction of it's superior sequel, and Pax Labs is back with $46.7 million in funding, a smartphone app and two fresh new devices that promise to improve the vaporizer experience even further.

The newly redesigned Pax 3 has roughly the same form factor and features as the Pax 2, but with a more customizable experience to fine-tune your sessions and choose between loose leaf or concentrate materials. While you'll still find the built-in accelerometer and smart gesture controls, the heating system now warms up in a mere 15 seconds and offers double the heating power with three, easily swapped ovens: one full-size, one half-pack for shorter sessions and one attachment built for concentrates. A haptic feedback system also gives you a physical indicator so you can tell when you vapor is ready or the device has gone into standby mode.

Completely new is the "years in development" Pax Era, which borrows some looks from its nicotine-dispensing Juul cousins and claims to be the first temperature-controlled portable oil vaporizer. The Era foregoes the standard threaded cartridge system of other vape pens, but Pax claims its Era Pods offer a better flavor and more consistent vapor quality along with a more customizable experience. The Era also offers a few features that you won't find in other systems, like a "puff counter" on the LED display that helps you keep track of your sessions and integration with the new Pax Vapor app (more on that in a second). For now, however, you'll have to wait until the device goes on sale later this month to see if the proprietary pods catch on among retailers and concentrate producers. If Pax's distribution deals are any indicator, this hopefully won't be a problem. Building on that customizable experience, both the Pax 3 and the Era feature a Bluetooth connection to talk to your Android or iOS device running the Pax Vapor app. From the app, users can dial their vaporizer to a precise temperature, change the LED color themes, lock the device or even download firmware updates as they become available.

The Era goes on sale for $59.99 via Paxvapor.com and select retailers in California and Colorado on September 29th. The Pax 3 will retail for $274.99 starting in mid-October and comes in Black, Gold, Silver and a limited-edition Rose Gold finish.

This post has been updated to note the Pax 3 is compatible will all concentrates, not just Era pods.

In this article: cannabis, gadgetry, gadgets, gear, green, PAX, pax3, paxera, paxvaporizer, portablevapes, Vaporizer
All products recommended by Engadget are selected by our editorial team, independent of our parent company. Some of our stories include affiliate links. If you buy something through one of these links, we may earn an affiliate commission.