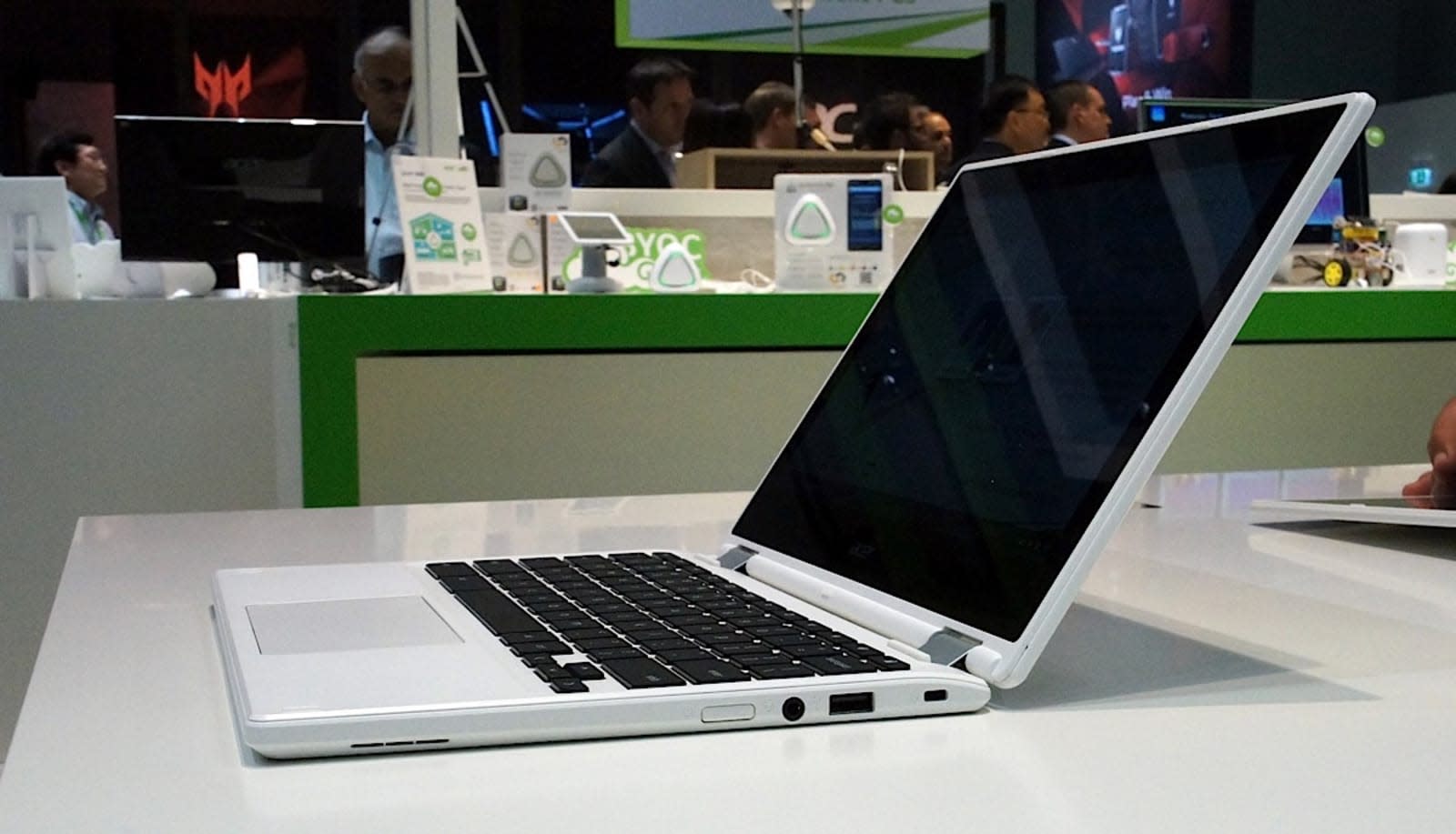 You no longer have to be an early adopter to run Android apps on a Chromebook. Google has released a stable version of Chrome OS that includes Google Play Store access in beta, giving you the opportunity to run mobile apps on top of your usual web access. You'll have to own an Acer Chromebook R11 or an ASUS Chromebook Flip to give this update a shot, but it beats having to run a Chrome OS beta just to see what all the fuss is about.

It's not certain which systems are coming next, although we'd expect the late Chromebook Pixel 2 to be next in line given that it's the only one listed as supporting Android apps in beta Chrome OS releases. Almost all other compatible devices (including machines from HP, Lenovo and Samsung) are still waiting for their turn. But hey, it's a step in the right direction -- you're that much closer to running your favorite phone apps from the comfort of your PC.

In this article: acer, android, asus, chrome, chromebook, chromebookflip, chromebookr11, chromeos, gear, google, googleplay, internet, mobile, personal computing, personalcomputing
All products recommended by Engadget are selected by our editorial team, independent of our parent company. Some of our stories include affiliate links. If you buy something through one of these links, we may earn an affiliate commission.