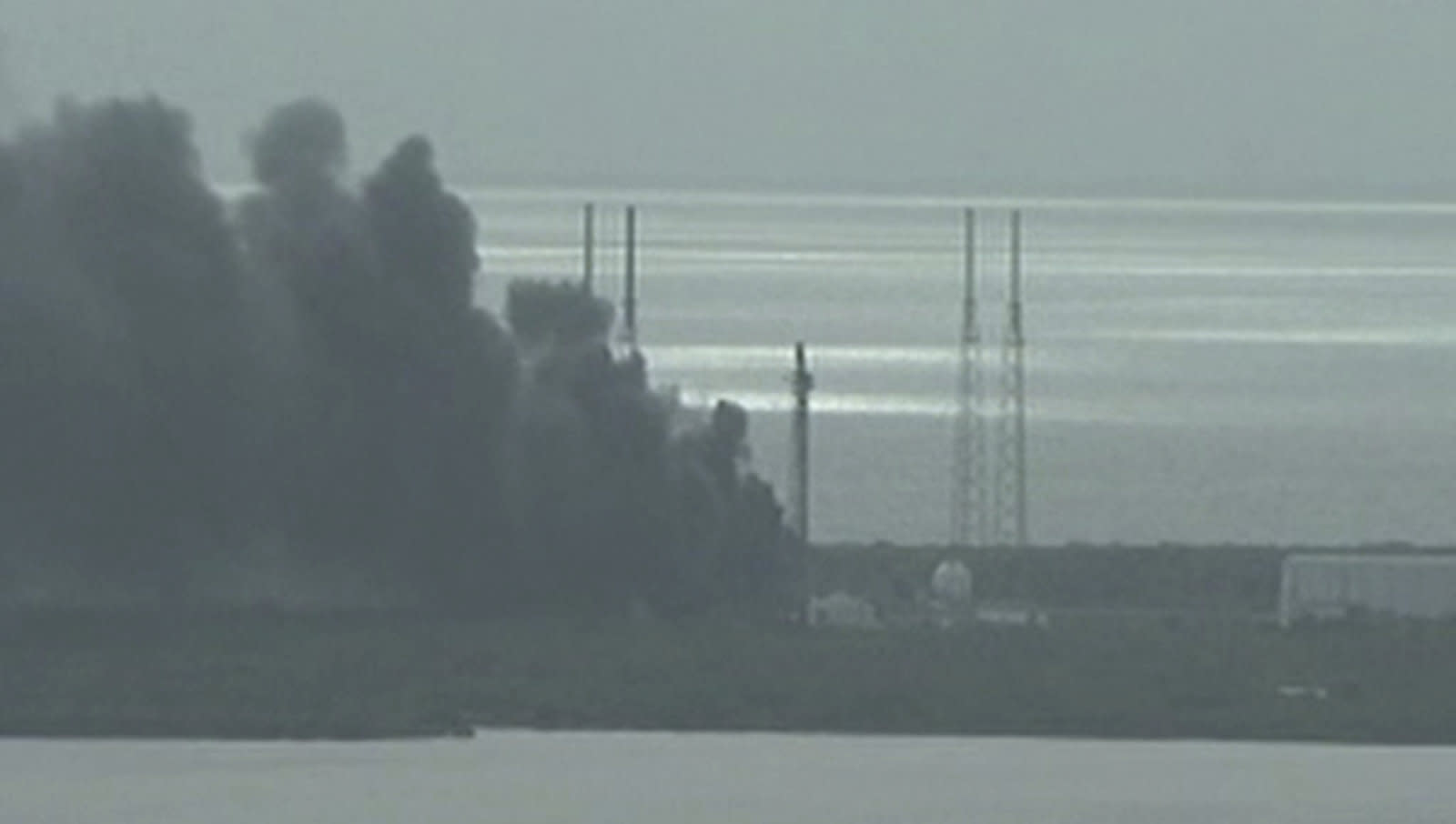 SpaceX is still in the midst of examining every video, audio and image of the September 1st Falcon 9 explosion, but it's already found one possible explanation for the unfortunate event. According to the private space corp's latest update, the huge explosion might have been caused by a large breach in the rocket's helium pressurization system. The company also clarified that what happened wasn't a repeat of the CRS-7 incident, another failed rocket launch last year that was caused by a faulty strut.

Part of the statement reads:

"At this stage of the investigation, preliminary review of the data and debris suggests that a large breach in the cryogenic helium system of the second stage liquid oxygen tank took place. All plausible causes are being tracked in an extensive fault tree and carefully investigated. Through the fault tree and data review process, we have exonerated any connection with last year's CRS-7 mishap."

The September launch that went up in flames took the AMOS-6 communications satellite with it, which Facebook was supposed to use to provide free internet connection in 14 African countries. Spacecom, the satellite's maker, is now asking SpaceX for either $50 million in compensation or a free flight.

While the helium system's breach led to the fiery explosion, SpaceX still isn't sure whether it was only an effect of something else. The company is determined to get to the bottom of things, though -- earlier this month, SpaceX chief Elon Musk posted a call for people's recording of the event on Twitter. That company's internal investigators are now looking at whatever media they can find, with help from the FAA, NASA, US Air Force and various industry experts.

In this article: explosion, falcon9, NASA, science, space, spacex
All products recommended by Engadget are selected by our editorial team, independent of our parent company. Some of our stories include affiliate links. If you buy something through one of these links, we may earn an affiliate commission.