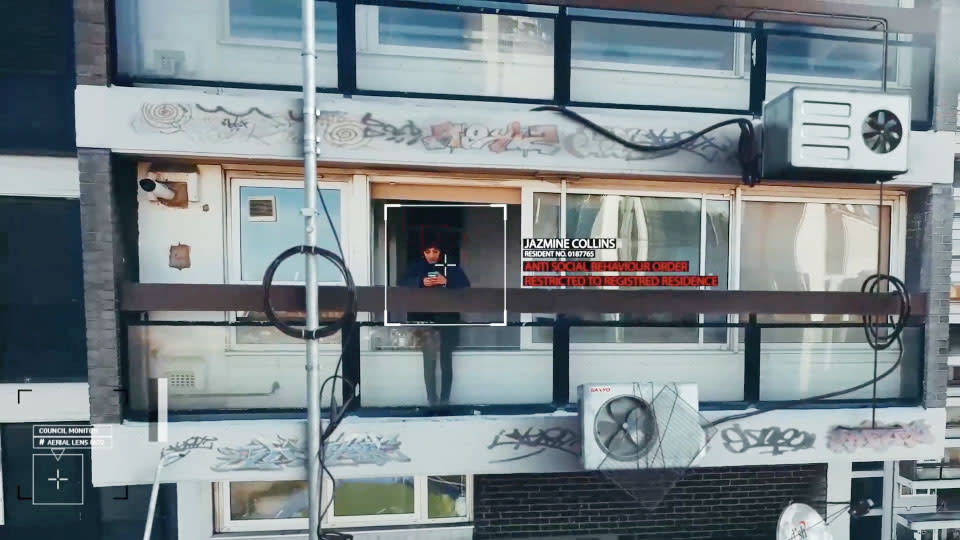 Directed by speculative architect Liam Young, In the Robot Skies claims to be the first narrative fiction film shot entirely by autonomous, pre-programmed drones. But the lack of human camera operators is more than just a headline grabbing gimmick. The film, which premieres in October at the London Film Festival, revolves around an age-old love story set in a near-future police state where the drones themselves play an integral role.

Young and fiction author Tim Maughan imagined the story to explore the "drone as a cultural object" -- one that can be both oppressive and liberating as it eventually breeds new urban subcultures. While the film may not be the first drone-shot sci-fi flick, some of the themes are strikingly close to becoming reality. From the synopsis:

From the eyes of the drones we see two teenagers each held by police order within the digital confines of their own council estate tower block in London. A network of drones survey the council estates, as a roving flock off cctv cameras and our two characters are kept apart by this autonomous aerial infrastructure. We watch as they pass notes to each other via their own hacked and decorated drone, like kids in an old fashioned classroom, scribbling messages with biro on paper, balling it up and stowing it in their drones.. In this near future city drones form both agents of state surveillance but also become co-opted as the aerial vehicles through which two teens fall in love.

For the technical aspects, Young teamed up with Belgium's Embedded and Artificially intelligent Vision Lab to develop a "flock of camera drones each with their own set of cinematic rules and behaviors." Aside from their initial programming, the drones could capture the footage with minimal human interaction. Because the footage was specifically shot for IMAX, the visuals promise to be as expansive as the skies those drones are flying in.

The London premiere happens on Saturday, October 8th with a live performance by the film's music composer and electronic producer Forest Swords, but there's no word yet on a wider release or digital distribution.

In this article: art, av, drone, drones, entertainment, liamyoung, LondonFilmFestival, TimMaughan, trailers
All products recommended by Engadget are selected by our editorial team, independent of our parent company. Some of our stories include affiliate links. If you buy something through one of these links, we may earn an affiliate commission.