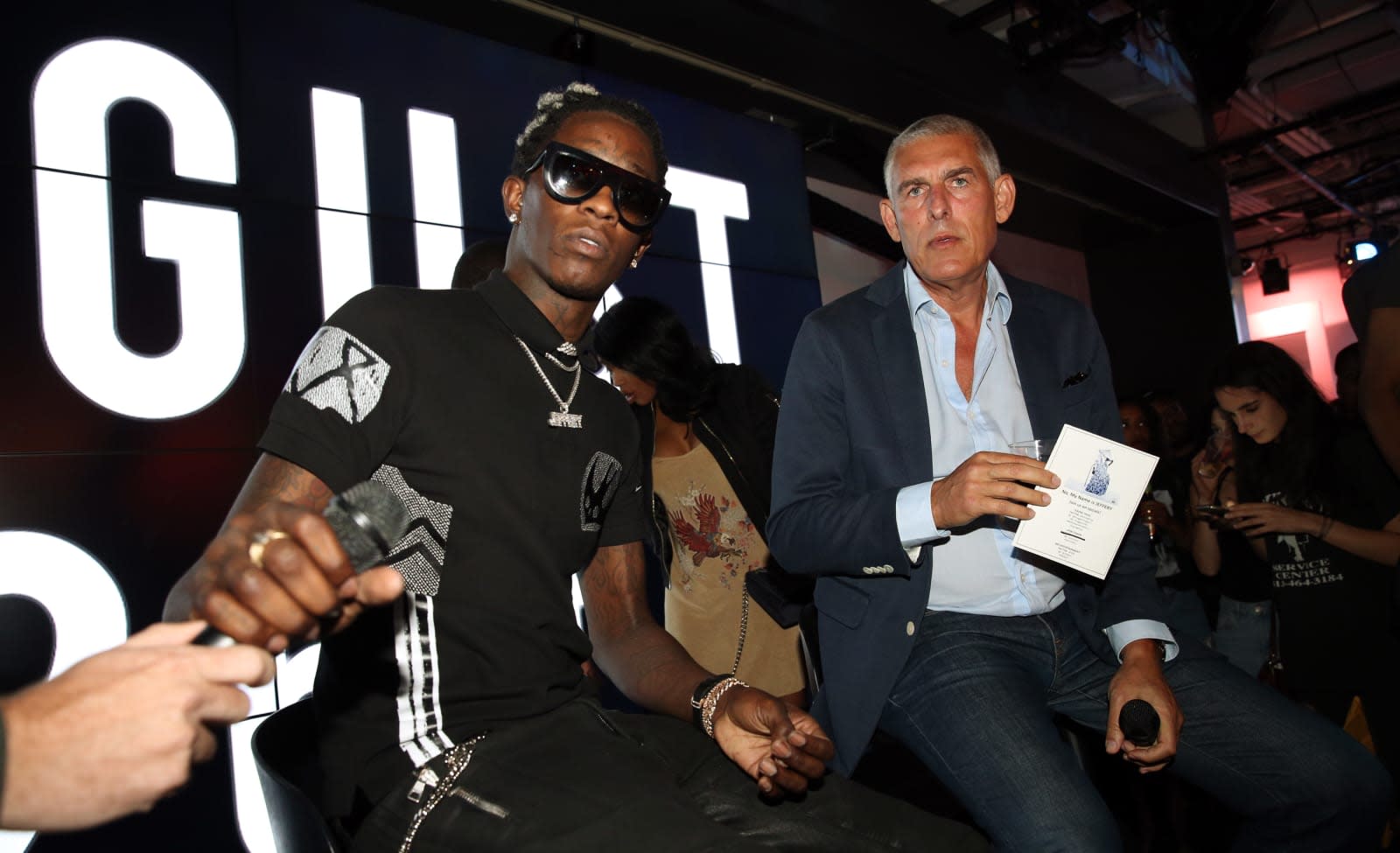 In a music world where exclusives and direct ties to artists are increasingly important, Google is hoping to give YouTube a boost with its latest hire: Lyor Cohen. The former Def Jam president has most recently been heading up his 300 Entertainment label that started in 2013 with financial backing from companies that included Google. In a letter to employees, Cohen said he will continue running 300, which has been home to artists including Fetty Wap, Migos and Young Thug for another 60 days.

He's the latest in a string of music execs making the jump to the tech side as of late, following Dr. Dre and Jimmy Iovine at Apple, Jay Z with Tidal and, as Billboard mentions, former Lady Gaga manager Troy Carter at Spotify. At YouTube, Lyor Cohen will be the "Global Head of Music" charged with working on its relationships with music companies and artists alike. We'll see if that results in a series of exclusives to match recent releases from artists like Drake, Beyoncé, Chance the Rapper and Frank Ocean, but the bigger question may be how to get YouTube on a good footing with music labels upset about the rates it's currently paying them.

Interestingly, this announcement arrives just as word leaks out of Spotify's potential interest in acquiring SoundCloud, which faces similar challenges in blending user generated content and remixes with licensed major label songs. Now there's the YouTube Music app, as well as YouTube Red subscriptions, and as Variety reported, claims it's paid out more than $3 billion to the music industry. While YouTube CEO Susan Wojciki welcomed the new hire, Cohen said in a letter to the YouTube team that "I'm confident that we can bridge the worlds of technology and music in ways that benefit everyone, instead of the zero-sum mentality that exists today. "

In this article: 300Entertainment, entertainment, google, LyorCohen, music, services, subscription, SusanWojcicki, YouTube, YouTubeMusic, YouTubeRed
All products recommended by Engadget are selected by our editorial team, independent of our parent company. Some of our stories include affiliate links. If you buy something through one of these links, we may earn an affiliate commission.