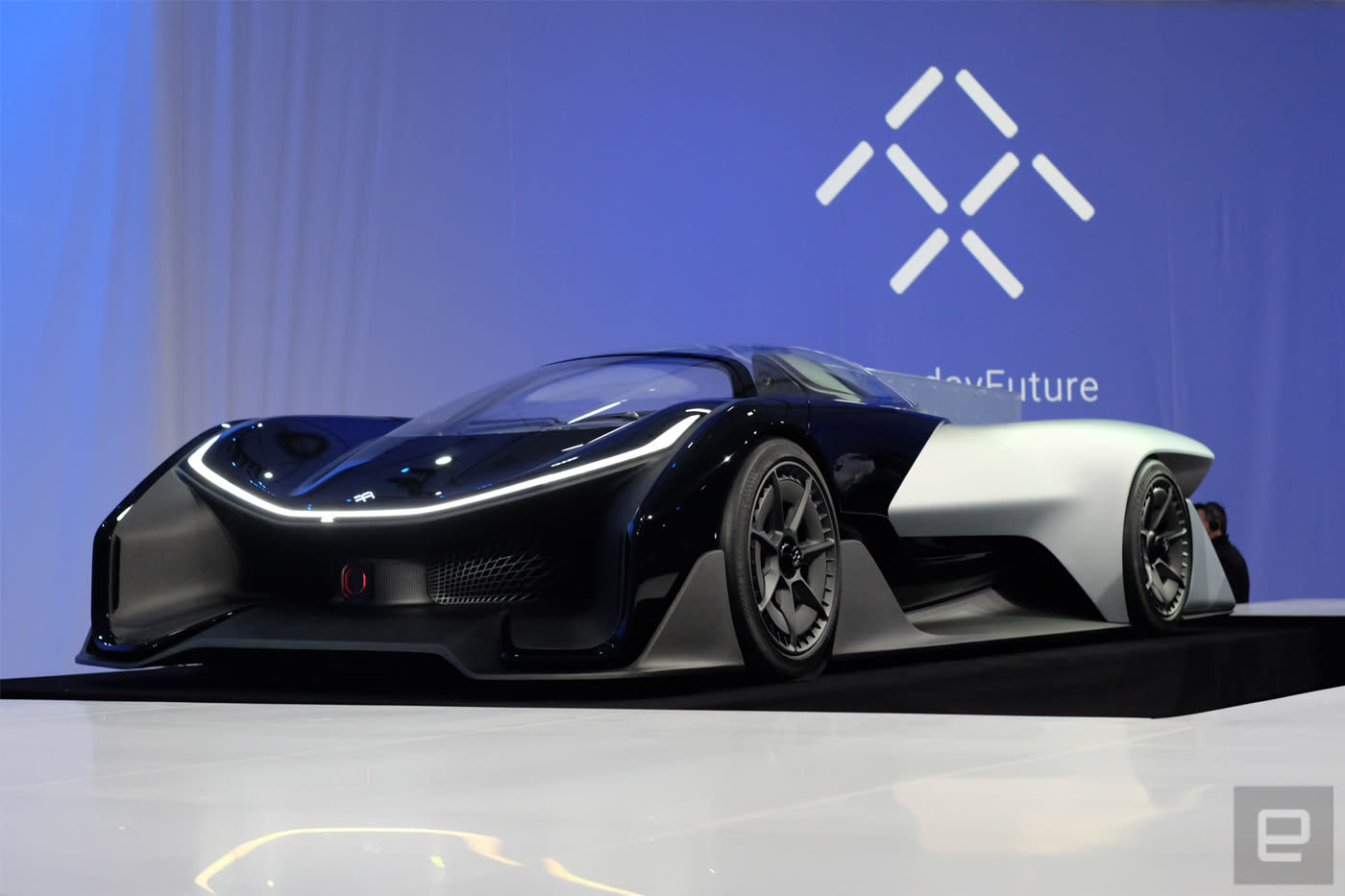 Faraday Future has partnered with LG Chem to build battery packs for Faraday's upcoming FFZero1 supercar and other vehicles that use its new electric car platform. In a joint press release, the companies said they have produced "the world's highest energy density for a production automotive battery." Faraday Future and its products are still a mystery, but LG Chem is a well-known firm that's supplying batteries for two important EVs set to arrive this year: the Chevy Bolt and Renault Zoe.

Tesla and Panasonic are the current car battery density champs, and Elon Musk's company is the only one building cars with 60 kWh and larger batteries. As Electrek points out, Tesla managed the feat using cylindrical batteries, and Faraday Future recently tweeted out a picture of what looks like its own cylindrical battery.

Like Mercedes and Volkswagen, Faraday has developed an EV platform it wants to use with a number of different vehicles. Called the "Variable Platform Architecture" (VPA), it can be lengthened or shortened to support vehicles with different sizes, powertrains and battery configurations.

Faraday Future's plans are still unknown. The only vehicle it has flaunted so far, the FFZero1 supercar, is clearly not a mass market EV. A Twitter user recently spotted a camouflaged crossover vehicle thought to be a Faraday's Tesla Model X competitor, and the company is likely working on LeEco's LeSee, too. LeEco, a Chinese consumer electronics giant, is reportedly funding Faraday and recently announced plans for a $1.8 billion EV plant in China. Faraday, meanwhile, is building its own $1 billion factory in Nevada and partnering with other automakers, including Aston Martin.

Faraday recently hired engineering talent away from Tesla and GM, according to reports, and was granted permission to test autonomous cars in California. It will be hard to take it too seriously until it unveils a mainstream electric car of some kind, but given that it has unveiled its new battery, that should be happening soon.

In this article: Batteries, ElectricCars, EVs, FaradayFuture, gear, green, LeEco, LGChem, transportation
All products recommended by Engadget are selected by our editorial team, independent of our parent company. Some of our stories include affiliate links. If you buy something through one of these links, we may earn an affiliate commission.