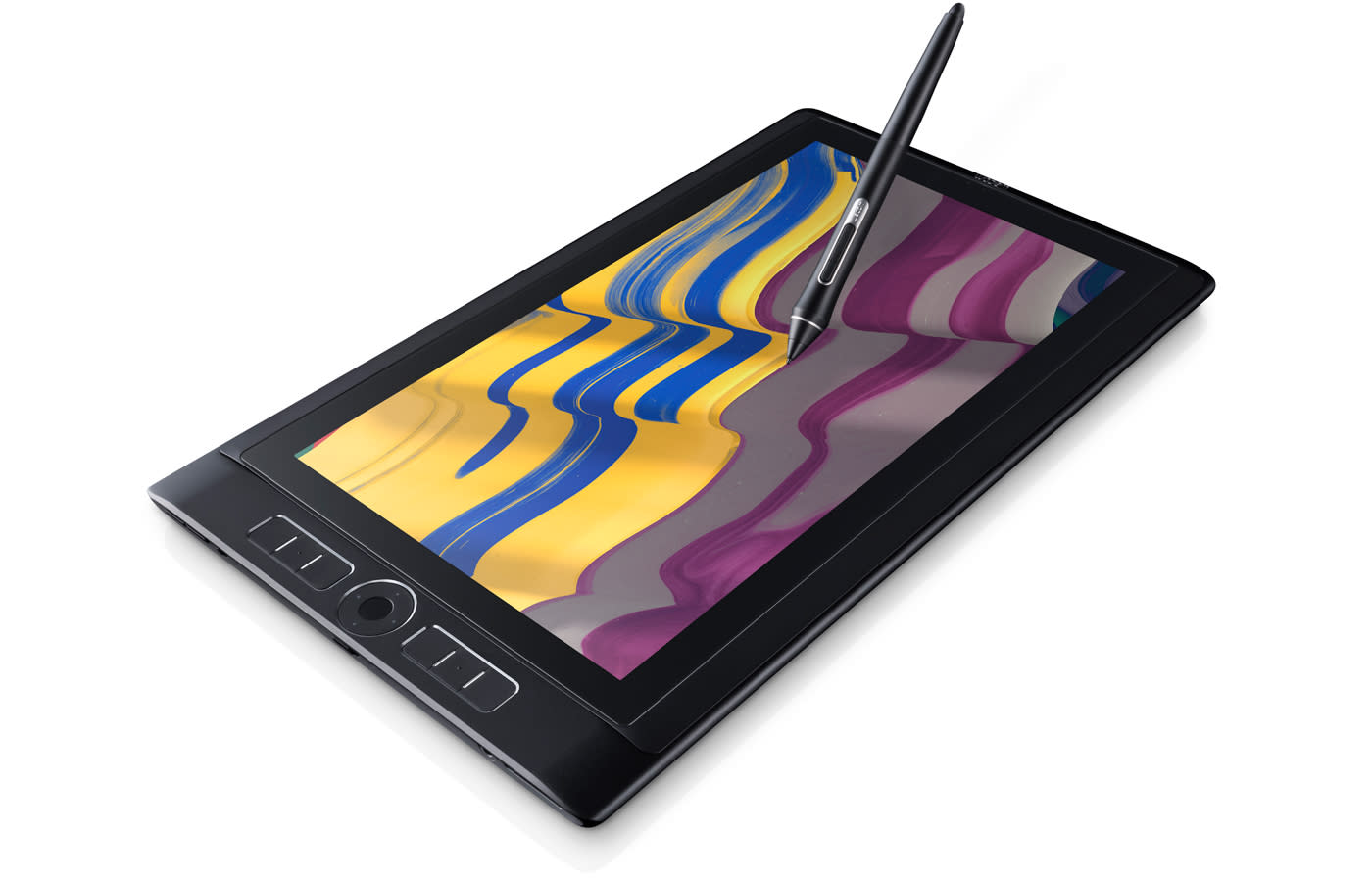 Wacom is no stranger to standalone graphics tablets. After years of outfitting artists with pen tablets and displays for working on a desktop machine or laptop, the company debuted both Android and Windows versions of the Cintiq Companion in 2013. A year and a half later, Wacom revamped the Windows version with the Cintiq Companion 2 in early 2015. Now the company has another take on the standalone tablet that doubles as a pen display: the Mobile Studio Pro. Wacom actually refers to new duo as "mobile pen computers," but they still carry the appearance of a large tablet.

The MobileStudio Pro comes in two models: 13 and 16. That former tablet is sized at 13.3 inches while the latter ticks the tape at 15.6 inches. Both sizes pack in Intel processors and run Windows 10, meaning full desktop versions of Adobe Creative Cloud applications and other pro design software is accessible on the mobile device. Unfortunately, Wacom didn't get into specifics on the exact processor models, but it did reveal that the larger MobileStudio Pro 16 has NVIDIA Quadro graphics on board.

In addition to the power under the hood, another key feature of the MobileStudio Pro tablets is the new Pro Pen 2. Wacom has taken the "if it ain't broke" approach to its stylus for quite a long time without a major update. And rightfully so, the Pro Pen was a highly capable accessory and performed well with the company's range of gear. With the Pro Pen 2, Wacom says its go-to input device is now four times more accurate and pressure sensitive than its predecessor. That's up from 2,048 levels of pressure sensitivity last time out.

The MobileStudio Pros also feature better color performance than Wacom's previous standalone tablets. While the 13-inch model's IPS WQHD panel covers 96 percent of Adobe's RGB gamut, the 15.6-inch model houses an IPS UHD display that handles 94 percent of Adobe RGB. Those handy ExpressKeys and Touch Ring are back, offering easy shortcuts to frequently used tools right on the face of the tablet. As we've already mentioned, Wacom Link lets you use these new devices as pen displays with either a Mac or Windows machine which comes in handy when working from the comforts of home.

To further sweeten the pot on the priciest options, Wacom is offering Intel's RealSense 3D camera on the top end MobileStudio Pro 13 and both versions of the 16. That's an add-on that's sure to lend a hand to artists and designers working in three dimensions. You do have some time to get your affairs in order before these devices are available for purchase: They're scheduled to be available at the end of November.

In this article: design, gear, graphics, mobilestudiopro, personal computing, personalcomputing, propen2, realsense, stylus, tablet, wacom, windows10
All products recommended by Engadget are selected by our editorial team, independent of our parent company. Some of our stories include affiliate links. If you buy something through one of these links, we may earn an affiliate commission.