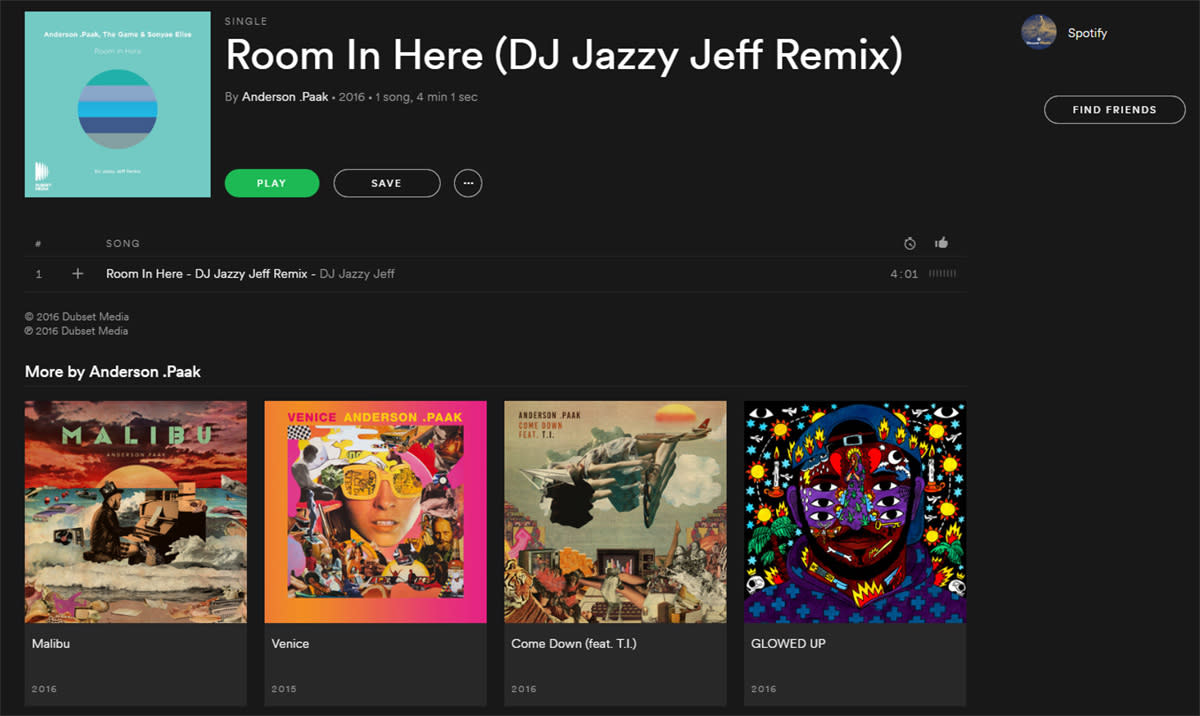 Earlier this year, both Spotify and Apple inked deals with Dubset for unofficial mixes, one of SoundCloud's most popular services. As TechCrunch reports, the first of those is now streaming, a DJ Jazzy Jeff Jeff remix from Anderson .Paak. Dubset's MixBANK system automatically scans samples to find original copyrighted materials, and pays artists, labels and publishers where appropriate. That tech allowed Spotify and Apple to clear the legal hurdle and start playing remixes.

With the top two streaming services carrying remixes, that will give DJs more publicity and sampled artists more royalties. For a sense of how popular this is, Dubset CEO Stephen White tells Techrunch that 700 million people listen to mixed content a month. At this point, multi-song DJ mixes that can carry your party through the night still aren't available, but White says they're "coming next" to Apple and Spotify.

Twitter recently invested $70 million in SoundCloud, and Spotify is reportedly in the process of buying the struggling streaming service. The Dubset deal means that SoundCloud no longer has an exclusive on remixes, but it still has a lot to offer Spotify -- artist demos and rough track cuts often appear on the service ahead of commercial releases, for instance.

In this article: apple, AppleMusic, av, culture, DJs, Dubset, entertainment, MixSCAN, Spotify, UnofficialMixes
All products recommended by Engadget are selected by our editorial team, independent of our parent company. Some of our stories include affiliate links. If you buy something through one of these links, we may earn an affiliate commission.