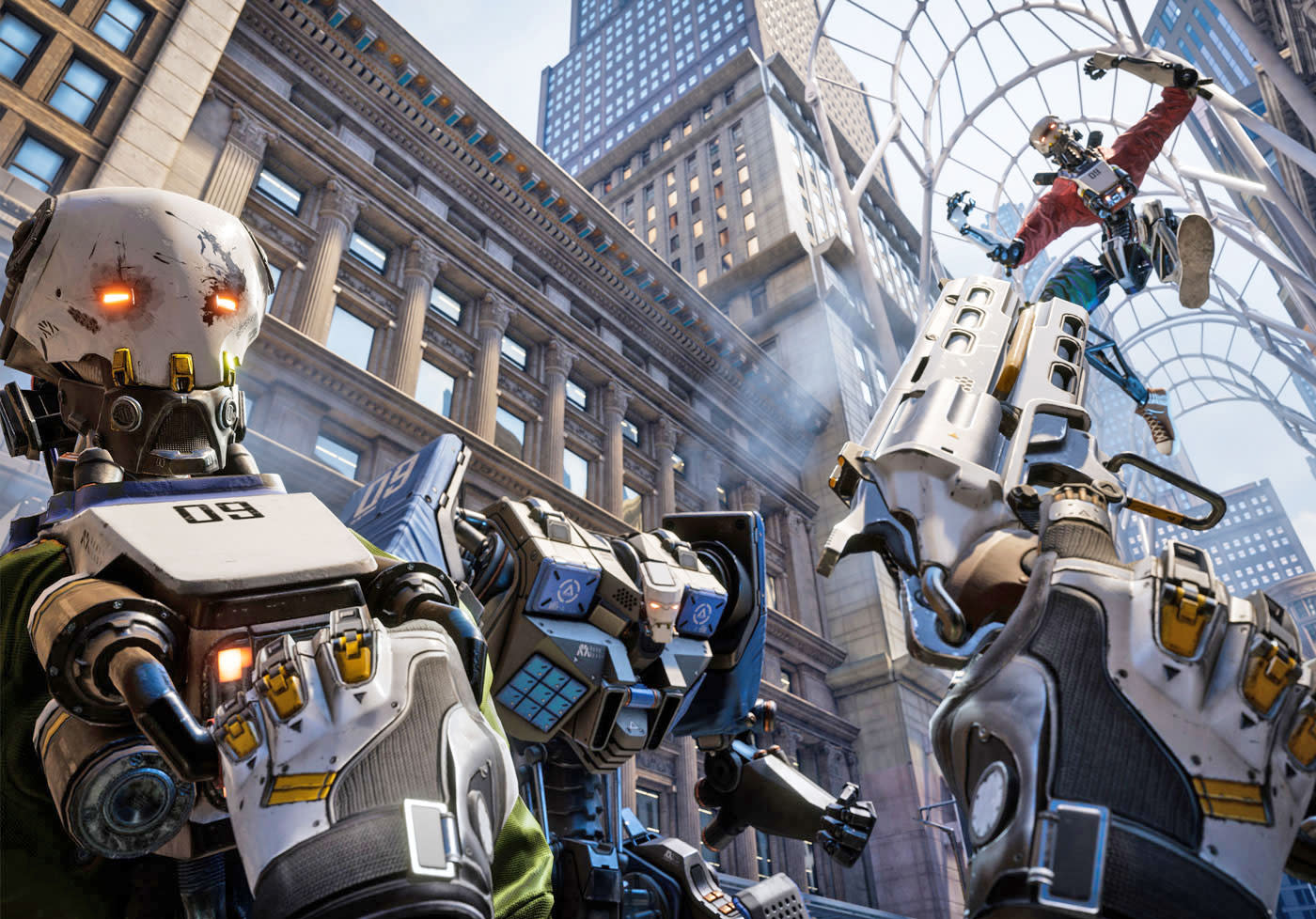 At Oculus Connect 2 last year, Epic Games' Bullet Train demo stole the show -- leaning heavily on the "bullet time" effect popularized by the Matrix films to create a smooth, action-packed shooter that let players take down multiple enemies in slow motion. It had a neat gimmick: it used virtual reality to bend reality in a way we've only seen in the movies. The team brought the concept back to Oculus developer conference again this year as the heavily refined Robo Recall: a frantic, physics-based shooter with a sense of humor. Hands-down, it's one of the best Oculus Touch experiences I saw at the show. Even better? When it launches early next year, it will be absolutely free.

There's no shortage of VR shooting gallery demos out there, but Robo Recall won me over by making firearms just part of the players arsenal. The rest of it? Well, that's everything around you. The game tasks the player with "recalling" rogue robot servants -- tracking down the rebellious automatons and deactivating them by force. Shooting them works, but it's a lot more fun to pick up one attacking robot and simply throw it at another. Run out of bullets? Throw your gun at the offending machine, it's just as effective. Half of the fun of the game is to find less obvious ways to defeat your enemies.

The remnants of Bullet Train are here too: if the player is moving slowly, the flow of time slows down to match -- giving you plenty of time to snatch a bullet out of mid-air and fling it back an enemy. It's a lighthearted, but action-packed experience, and a great showcase of the kind of physicality the Oculus Touch controllers can add to a game. It's not due to launch until a few months after the motion controllers ship, but if you're going to go all-in and buy Oculus Touch, you may as well check it out. After all, you can't beat free.

In this article: av, epic, epicgames, facebook, gaming, hands-on, oc3, oculus, oculusconnect3, oculustouch
All products recommended by Engadget are selected by our editorial team, independent of our parent company. Some of our stories include affiliate links. If you buy something through one of these links, we may earn an affiliate commission.