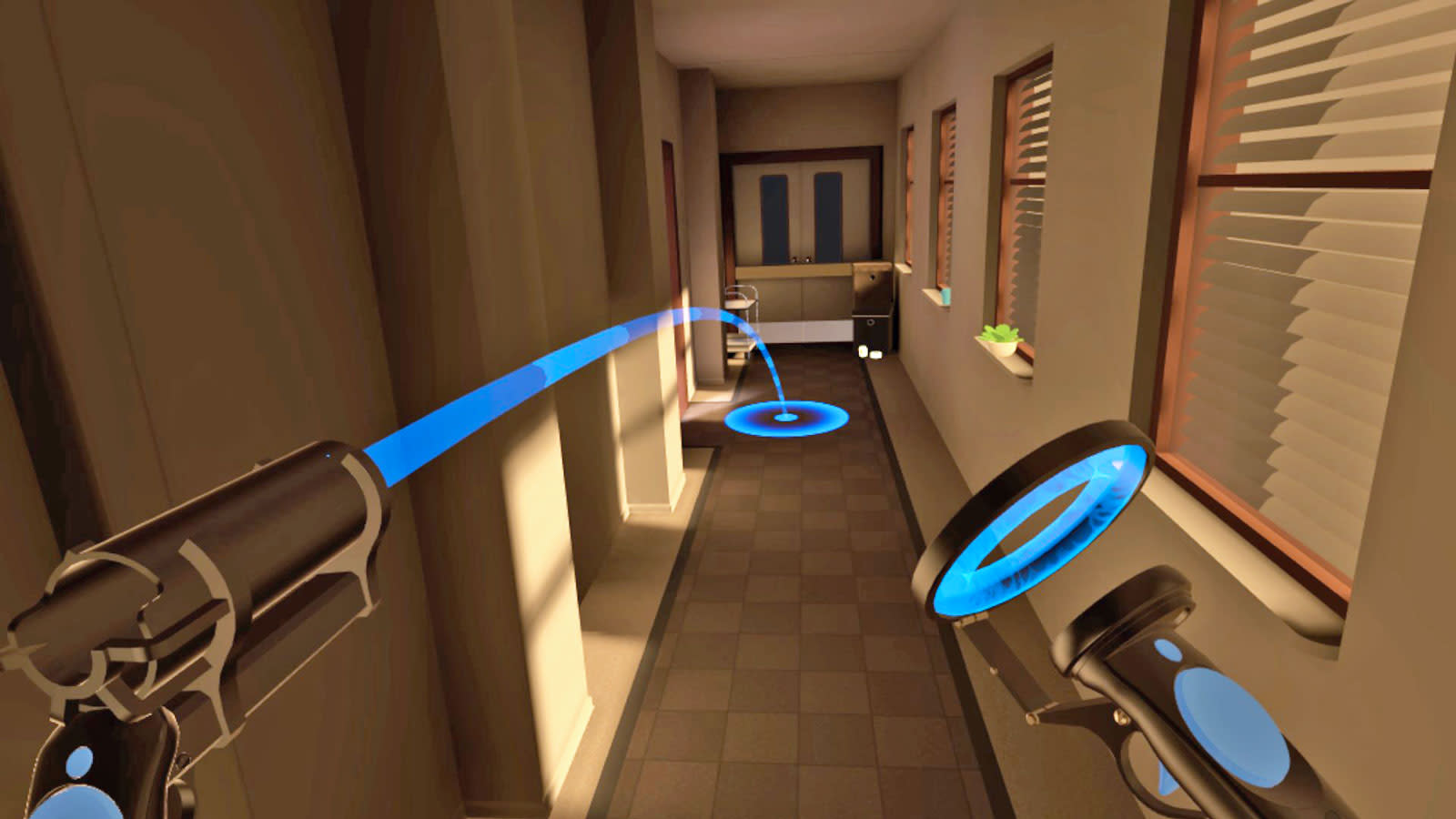 Getting around in virtual reality is a bit tricky right now. Even in room-scale VR, players are restricted by the physical size of their play space. Trying to walk to a point on a digital horizon might cause you to crash into a very real wall -- which is why VR games like Robo Recall and Budget Cuts allows players to teleport through the experience, rather than walk. This works surprisingly well, but I could never put my finger on why it worked. At Oculus Connect 3 this week, VR filmmaker Eric Darnell gave me an answer: teleportation in VR works because I grew up watching television.

Darnell has a lot to say about the future of storytelling in virtual reality -- as the co-founder of Baobab studios, he's made VR filmmaking his business. Teleportation, he says, is really just the VR equivalent of the "cuts" we're used to seeing in TV and film. He credits Bullet Train for pioneering the practice in virtual reality, but seems to think the mechanic was inevitable. "Teleportation in games is like giving the viewer or player the ability to 'edit' their experience in film." It feels somewhat natural because it's a storytelling tool filmmakers have been using for over a century. Giving that control to the player, however, makes his job a little harder.

The challenge of VR storytelling, Darnell says, is that the filmmaker is forced up to relinquish control over the narrative to their viewer. The audience now has the ability to look away from the action, ignore the cues of the director or, in some cases, simply teleport away from the narrative altogether. The challenge of the VR storyteller is to be a director for the viewer, coaxing them to look, be and do what you want to move the story forward. Darnell thinks his team was able to accomplish that with their first film, Invasion, and hopes to get similar results from their follow up, Asteroids. The first film is available on the Gear VR store now, with the second coming soon.

In this article: av, baobab, baobabstudios, gaming, invasion, oc3, oculusconnect3, video
All products recommended by Engadget are selected by our editorial team, independent of our parent company. Some of our stories include affiliate links. If you buy something through one of these links, we may earn an affiliate commission.