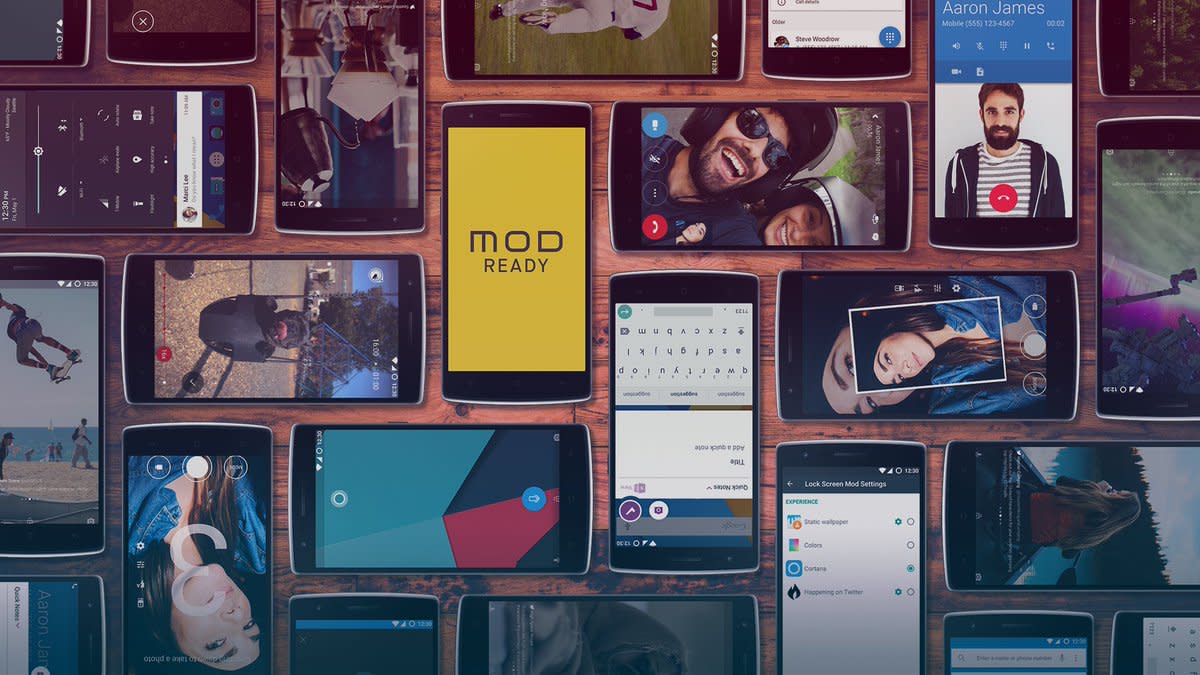 Cyanogen is abandoning its dreams of becoming the third big mobile platform in favor of rolling out a modular approach to smartphone software customization. The Cyanogen Modular OS program empowers device manufacturers to introduce "intelligent, customizable Android smartphones using different parts of the Cyanogen OS via dynamic modules and MODs, with the ROM of their choice, whether stock Android or their own variant," according to new CEO Lior Tal.

Cyanogen's first dance with modularity was the MOD program, which enabled partners to tweak deep, formerly closed levels of the Android ecosystem to create a custom OS. For example, Microsoft added Skype to the Android dialer while enabling Cortana to take voice-activated selfies (Microsoft and Cyanogen partnered heavily on the MOD platform). However, this program required working with the OS' full stack, a laborious and ultimately limiting feature, Tal says.

Now, manufacturers will be able to ship phones that use discrete aspects of the Cyanogen OS. These phones can use the stock Android OS and pull in custom features and apps from the Cyanogen side.

"Android has become extremely fragmented, causing serious security vulnerabilities and few or no incentives to device manufacturers to deliver software upgrades and/or security patches," Tal writes. "Increased demand for lower-priced smartphones, coupled with the specifications arms race, has left manufacturers focused on scale and efficiency while compromising investment in software and services."

Cyanogen has been on shaky ground recently. Executives laid off roughly 20 percent of the Cyanogen workforce, or about 30 people, in July. Rumors at the time suggested the company was moving toward developing apps, though Kondik denied the pivot. Tal says the Cyanogen OS has tens of millions of users, though a report by The Information in August found this figure was exaggerated.

In this article: android, cyanogen, cyanogenmod, diy, do it yourself, doityourself, gear, mobile, OperatingSystem, OS, services
All products recommended by Engadget are selected by our editorial team, independent of our parent company. Some of our stories include affiliate links. If you buy something through one of these links, we may earn an affiliate commission.