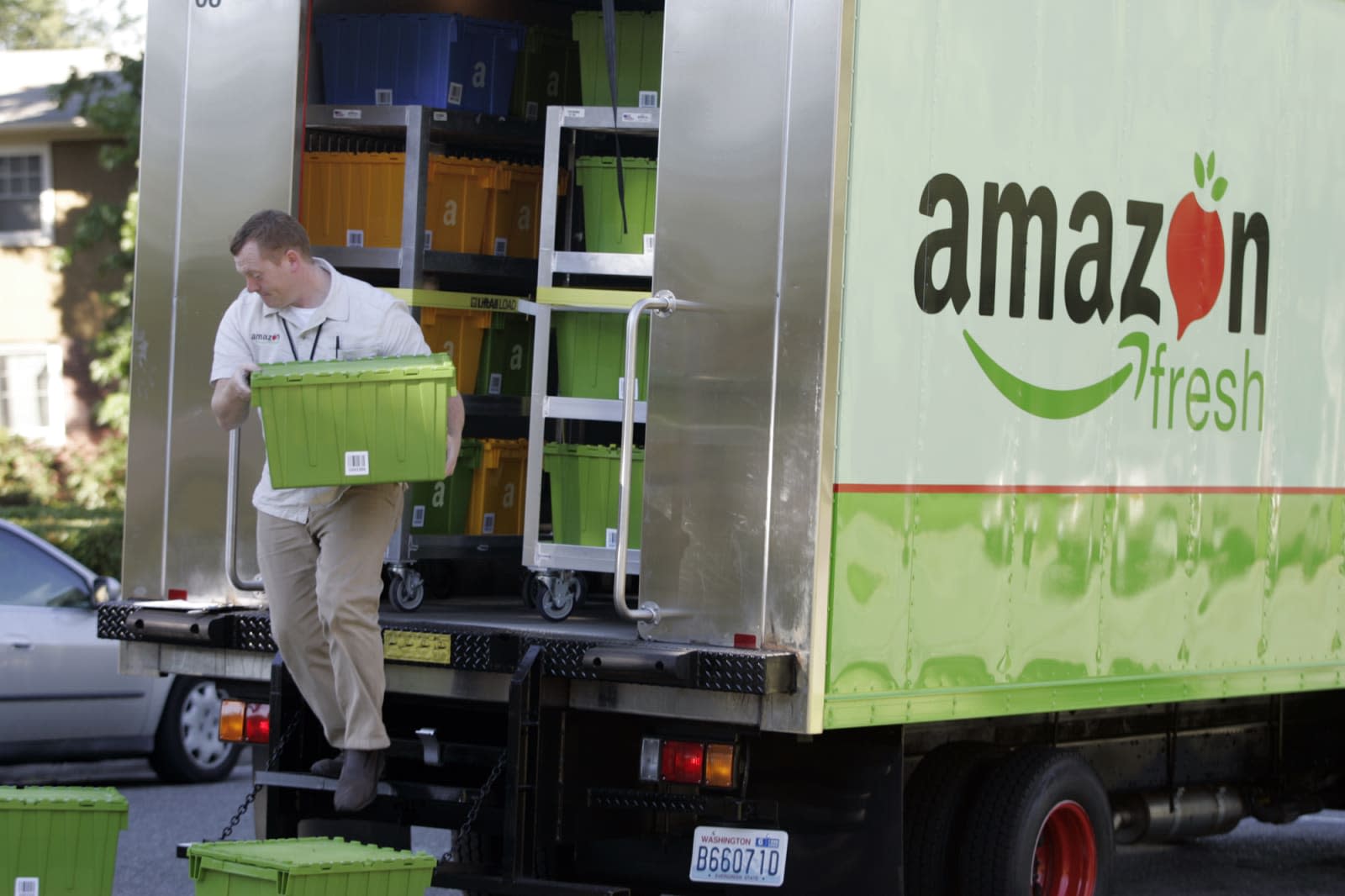 Amazon's plan to be a one-stop food shop may extend well beyond those rumored drive-up grocery stores. Wall Street Journal sources claim that Amazon hopes to open convenience stores where you'd buy meat, veggies and "other perishable items" that you take home like you would from any brick-and-mortar store. Tech would only come into play when you want something delivered. Mobile apps, and possibly in-store touchscreens, would let you order longer-lived food for same-day delivery. You wouldn't have to worry if you couldn't carry everything home.

The apparent scoop also sheds light on the previously rumored drive-up stores. Amazon is believed to be working on license plate scanning that would reduce wait times -- presumably, that would help Amazon spot your vehicle as you drive in and tell staff to head out that much sooner. You'd have to be an AmazonFresh subscriber to take advantage of these locations, though.

Amazon isn't commenting on the store initiative, which is codenamed Project Como. However, it wouldn't be a shocking move. The internet giant has been candid with its plans to open more physical stores, and grocery stores are a logical extension for a company that increasingly treats food as a staple of its online ordering business. If anyone is going to be surprised, it could be established convenience and grocery store chains that often treat internet-based delivery as a secondary service at best.

In this article: amazon, conveniencestore, culture, delivery, e-commerce, food, food and drink, food-and-drink, foodanddrink, internet, pickup, projectcomo, retail, services, shopping
All products recommended by Engadget are selected by our editorial team, independent of our parent company. Some of our stories include affiliate links. If you buy something through one of these links, we may earn an affiliate commission.